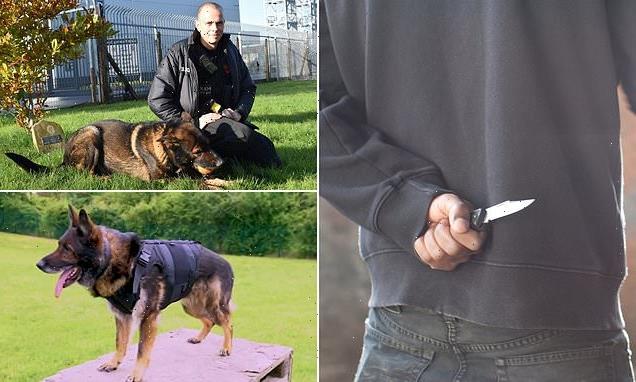 Police dogs are being given stab vests to protect them whilst working.

It comes after Derbyshire police saw one of its dog squad, Axle, get stabbed three times where he was ‘almost killed’ while working in Riddings.

The German shepherd also known as PD Axle urgently needed two life-saving surgeries in 2018 before he could return to duty for a year.

The doggy stab vests will protect them from knives and other potentially dangerous weapons such as barbed wire.

Police have said the protective gear is lightweight, has cooling technology and is comfortable for the dogs to wear during stressful missions.

PC Blaine Molloy said: ‘It’s not a nice decision to make, to send a dog after somebody, there is the potential that they are going to get injured or worse.

‘However, that is our role on dog section, to protect everybody else. 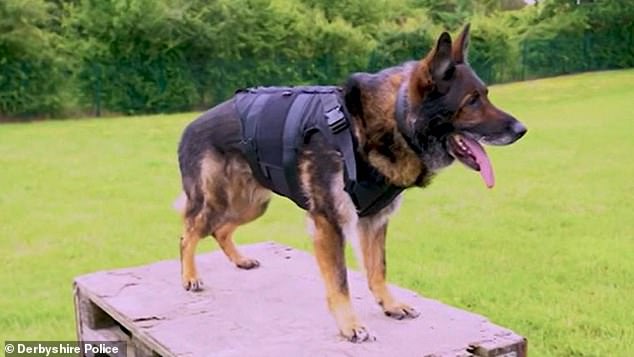 ‘But we still need to protect our dogs as well so it does make you feel a lot better to know they have this protection now.’

The working dog made a full recovery but retired from working for the police service in November 2019.

His retirement came as a shock as Axle had spent six years working with Derbyshire Constabulary and caught countless criminals including a murderer on the run.

The PDSA also awarded him a commendation for devotion to duty and bravery after he jumped into some water after the suspect where he was knifed three times.

Axle is currently being supported by the Thin Blue Paw Foundation, who cover healthcare costs for retired police dogs.

Matthew Stretch admitted to injuring the police dog, as well as many other offences and was jailed for six years and seven months at Derby Crown Court.

For his retirement Axle has gone to live with police community support officer, Karen Pykett, in the countryside. 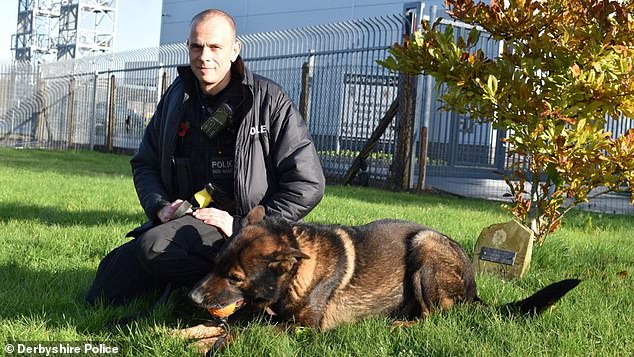 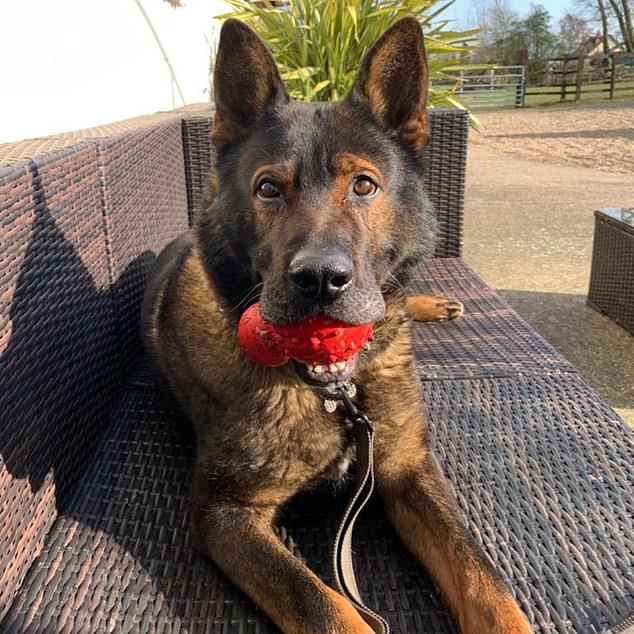 Ms Pykett said: ‘He’s only ever known the working life and it’s been a huge change for him but he’s settling in well and he’s learned to trust us. We feel so lucky to have him, he’s our baby and we spoil him rotten!’

Shortly after she adopted him, Axle needed an operation, costing £1,000. his owner said: ‘We paid for it ourselves, we expected to. We knew taking on a big, retired dog wouldn’t be cheap. But when I heard that the Thin Blue Paw Foundation had launched we signed up straight away. It’s fantastic that it’s there if needed. 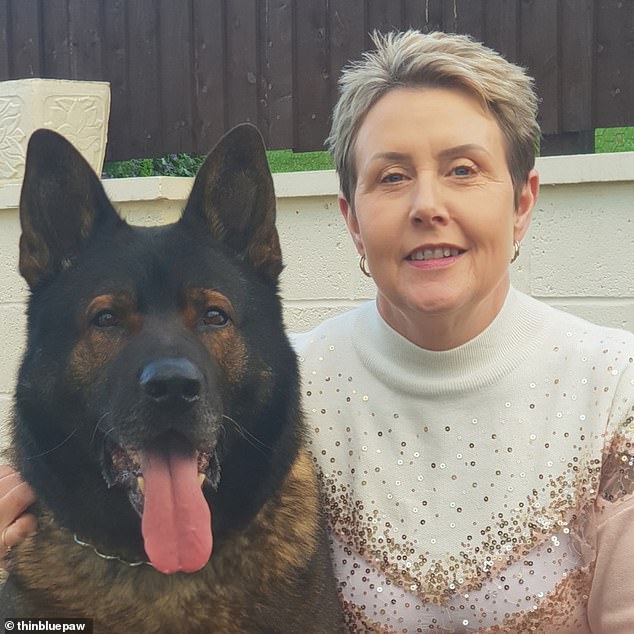 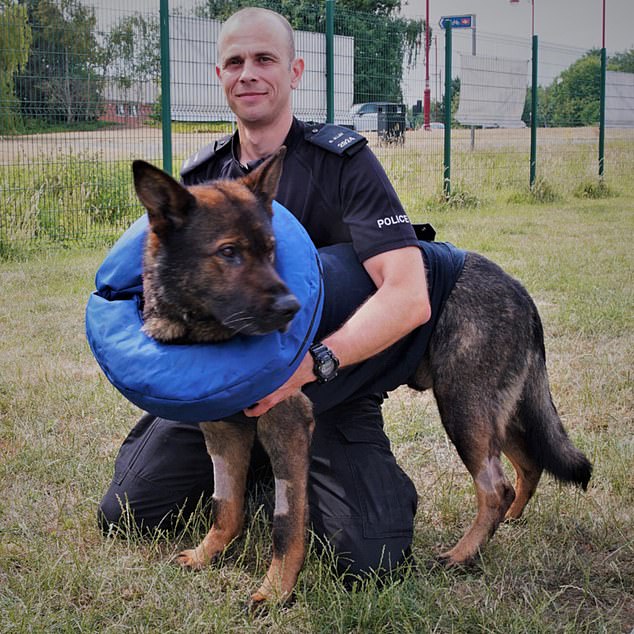 ‘Thankfully we’ve not had to ask for anything yet, but that day may come and it gives us peace of mind. You know when you take these dogs on that there may well be problems because of their breed and the lives they’ve led; we knew we’d have to cover costs. But to have the charity there if something serious crops up is a huge comfort.

‘Everyone I speak to is surprised that Axle has no ongoing support. It’s unacceptable. Police officers get pensions; surely there could be something in place for the dogs too? They deserve to be looked after when they’ve given so much of their lives to us; working 12-hour shifts, six days or nights a week; it’s a hard life.

‘He has a much easier life now! The only downside to taking on an older dog is that you don’t get as long with them as you’d like. But we feel incredibly lucky to now call this hero our pet, and we’re enjoying every minute we have with him.’