Starz’s hit romance series Outlander is officially in production, with the release of season seven expected to premiere in early 2023. Ahead of its comeback, Claire Fraser star Caitriona Balfe reflected on working alongside Jessica Reynolds, who played Malva Christie, and paid the actress a touching tribute.

In season one she accidentally transported from 1945 to 1743 to a time when being an English woman in Scotland attracted some dangerous attention.

Although she had been on her honeymoon when she first time travelled, Claire’s journey in the past led her to a new love Jamie Fraser (Sam Heughan) who she eventually married.

When the nurse returned to the future, she reunited with her husband heavily pregnant with Jamie’s baby. 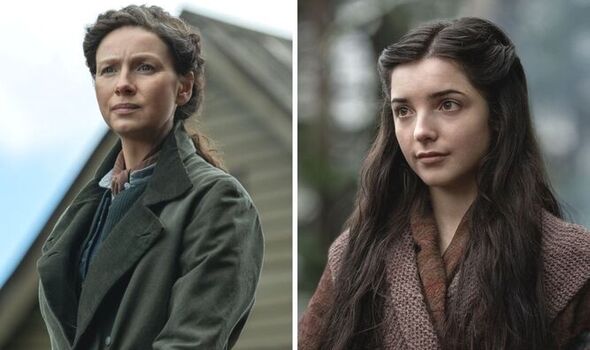 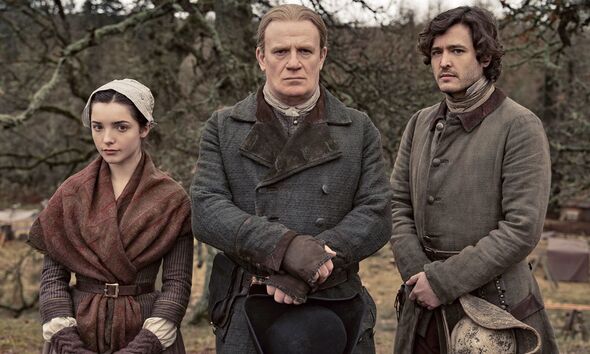 However, after 20 years Claire made her way back to the mysterious stones and was able to travel back to the past.

After reuniting with Jamie, their spark reignited and Claire decided she would live there, and use her skills and knowledge from the future to work as a nurse.

While her daughter Brianna Fraser (Sophie Skelton) eventually followed her mother’s footsteps to live in the past, she didn’t share the same passion as Claire.

Instead, it wasn’t until season six did Claire finally have a young apprentice in Malva Christie (Jessica Reynolds). 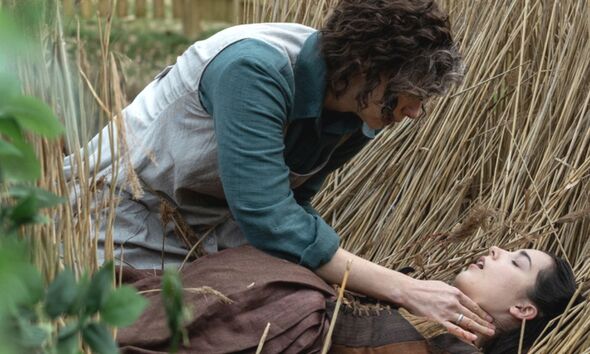 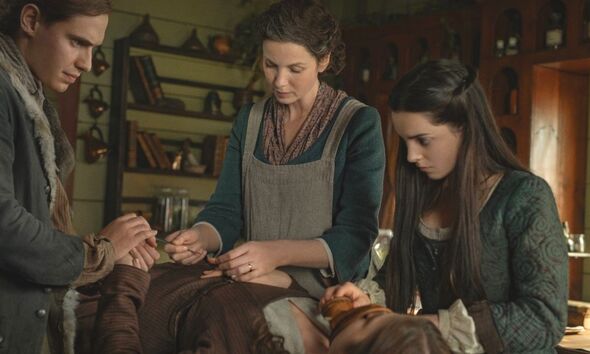 Knowing she was pregnant, the nurse attempted to save the baby and perform a c-section however, soon realised she was too late.

During an interview with Gold Derby, Caitriona opened up about working alongside Jessica and praised the actress.

She disclosed: “I was very lucky, Jessica’s amazing and having built up that relationship over a couple of months with her as Malva.”

Malva arrived at the ridge in season six with her brother Allan Christie (Alexander Vlahos) and her uncle Tom Christie (Mark Lewis Jones).

Though their arrival was suspected to bring trouble, fans believed it would be between Tom and Jamie, because they were enemies in prison.

However, following Malva’s death, the Christies brought trouble for Claire, who has now been accused of her murder.

Jamie, Tom and Allan arrived at the house to see Claire covered in blood and a deceased baby on Malva’s dead body.

Although she adamantly denied any involvement, she soon doubted her own story as she had been self-medicating with Ether.

After being attacked in the season five finale, Claire was still dealing with the trauma and healing, however she began using Ether to stop the nightmares and flashbacks.

Season six ended with the nurse in prison and awaiting sentencing, even though Jamie was on his way to save her.

Outlander is available on Starz in the US and available in the UK on Starzplay.