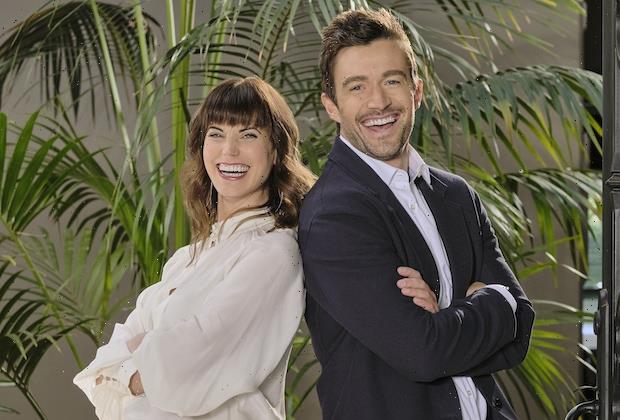 Hallmark Channel will return to Chesapeake Shores this summer.


The network has announced that the sixth and final season of the O’Brien family saga will premiere Sunday, Aug. 14. (As previously reported, the series’ farewell run will consist of 10 episodes.)

For the uninitiated: Chesapeake Shores follows the O’Briens and their romantic and professional relationships. Season 5 saw the exit of longtime cast member Jesse Metcalfe, who played musician Trace Riley, an on-and-off love interest for Meghan Ory’s Abby. In the wake of his departure, iZombie vet Robert Buckley joined the ensemble as eccentric entrepreneur (and new love interest) Evan Kincaid.

“With a top-notch ensemble cast and creative team, Chesapeake Shores has shared stories that are relatable, poignant and unforgettable,” Hallmark’s SVP of Programming Laurie Ferneau said in a previous statement. “We look forward to honoring the journey viewers have been on with the O’Briens with one final, special season.”

Aside from Chesapeake Shores‘ farewell run, Hallmark enthusiasts can look forward to a 10th season of When Calls the Heart. The network has also handed a series order to Andie MacDowell’s The Way Home, a new family drama that follows the lives of three generations of women and spans the years by way of a time-travel twist.

Are you looking forward to Chesapeake Shores‘ swan song? Scroll down to see the new key art — featuring the tagline “Picture yourself there… one last time” 😭 — then drop a comment with your hopes for the remaining episodes.