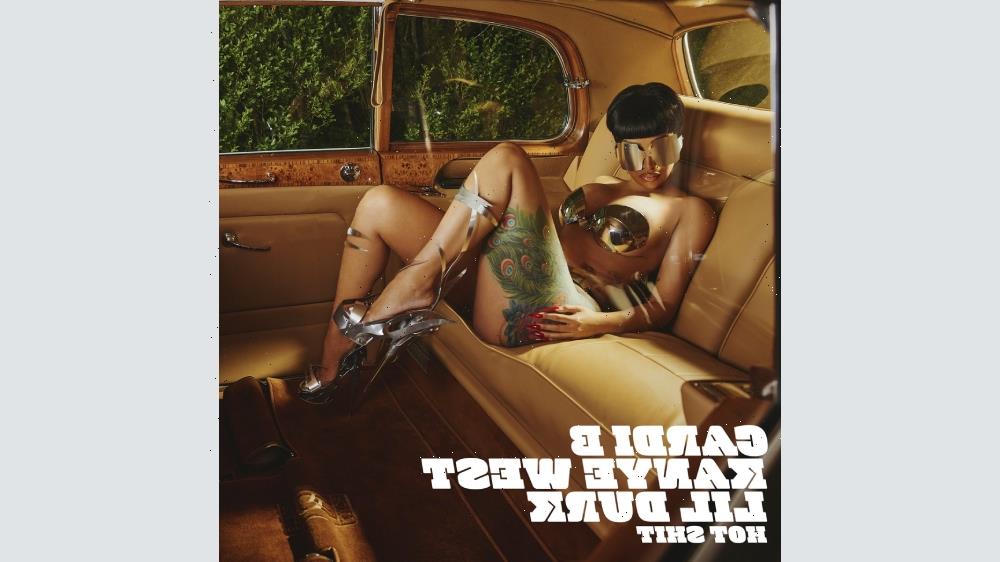 Cardi B may not have released a ton of music in the past couple of years, but when she has, she’s made them count: Following “WAP,” her 2020 smash with Megan Thee Stallion, and last year’s “Up” comes “Hot Shit,” a truth-in-advertising new track featuring Kanye West and Lil Durk with a fiery beat from Memphis-born producer Tay Keith, who also co-produced Travis Scott’s “Sicko Mode” and Drake’s “Nonstop.”

It’s a true collaborative single, with each rapper taking a verse and super-spare production — consisting almost entirely of vocals and beat, with the occasional sound effects — and in the hands of lesser rappers it wouldn’t be anywhere near as strong.

Cardi’s comes out swinging, referencing professional wrestler Jimmy Snuka and a legendary photo of Tupac in a bathtub in her first three lines:

Now this that hot shit
Jimmy Snuka off the top rope, superfly shit
Might get in the tub with all my ice on some ‘Pac shit
Either way you slice it, bottom line, I’m the top bitch

Lil Durk follows with a hot verse that name-drops Future and pledges solidarity with 21 Savage:

Each one delivers, but of course it’s West who grabs the headlines with a reference-loaded feature that mentions God, the late designer Virgil Abloh, Jay-Z, Pusha T, his controversial “MAGA” hat, his custody arrangement with estranged wife Kim Kardashian and how the ensuing headlines get on his nerves.

The verses referencing Abloh and God are immediately followed by lines about shopping:

Why you playin’? Reach in the gang, lose a hand
“Where you stand? Where was Jay at? Where was them at?
“ Where you done that? Where you live at?”
Another headline, “Where your hat at?”
“N—a, go home, where your kids at?”
They be on my nerve, they be on my nerve
When we lost Virg’, I was on the verge
I just hit the Louis store, I had to splurge
We just made a silent movie with no words
Guess who toppin’ now? God got me now
Guess who at Balenciaga? Guess who shoppin’ now?

Listen to the song below; read the full lyrics at Genius.com.