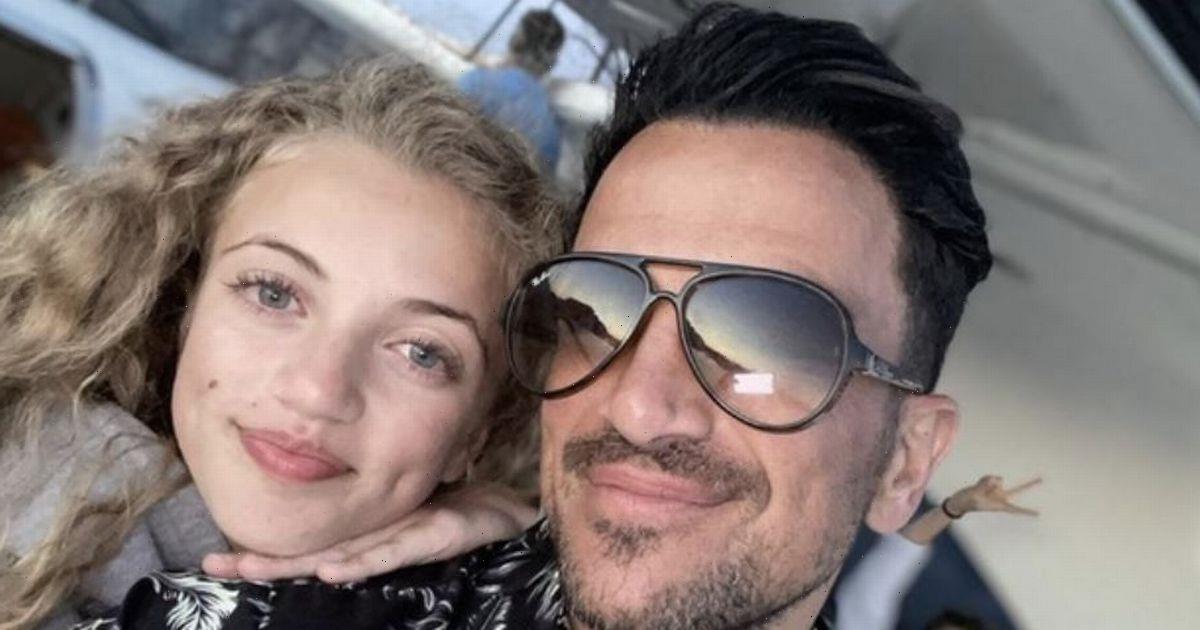 Peter Andre has reposted a video that his daughter Princess had posted on Instagram about her 15th birthday.

Peter, 49, shares Princess and her brother Junior 17, with his ex-wife Katie Price, 44.

Peter wrote: "Happy 15th birthday to my kind, loving, moody and caring daughter. You bring so much life to our home. We all love you so much.

"You are beautiful inside and out just the way you are and never forget that. Happy birthday and NO, you can’t go on Love Island. Love dad."

Peter, who is now married to Emily Andre, 32, with whom he shares two children, Amelia and Theo, was soon receiving feedback from his celeb pals.

Princess responded to her dad's post, writing: "Love you" with a red heart emoji.

Princess has previously expressed her wish to go on the hit ITV2 dating show, as Peter revealed in his column for new! Magazine: "Princess has said she wants to do it [Love Island] but I still haven’t changed my mind about that."

He continued: "Presenting it? Yes. A contestant? Not so sure!

"She said to me, 'Would you ever let me go on Love Island?'"

"I said to her, 'When they start doing Love Island based on priests and nuns and they’re having their sermons on Sundays you can go on Love Island but until then no chance'."

Peter's reality show ruling comes after he also ruled out getting another dog for Princess.

The teenager has previously received pets as presents before, mum Katie giving her French bulldog Rolo on her 13th birthday, but sadly he died instantly after getting caught in the mechanism of an armchair a few weeks after joining the family in 2020.

Writing in his weekly column for new! magazine, Peter explained how "like every year" Princess is desperate for a dog, but he has had to explain to her again how it is "not just a six-month commitment".