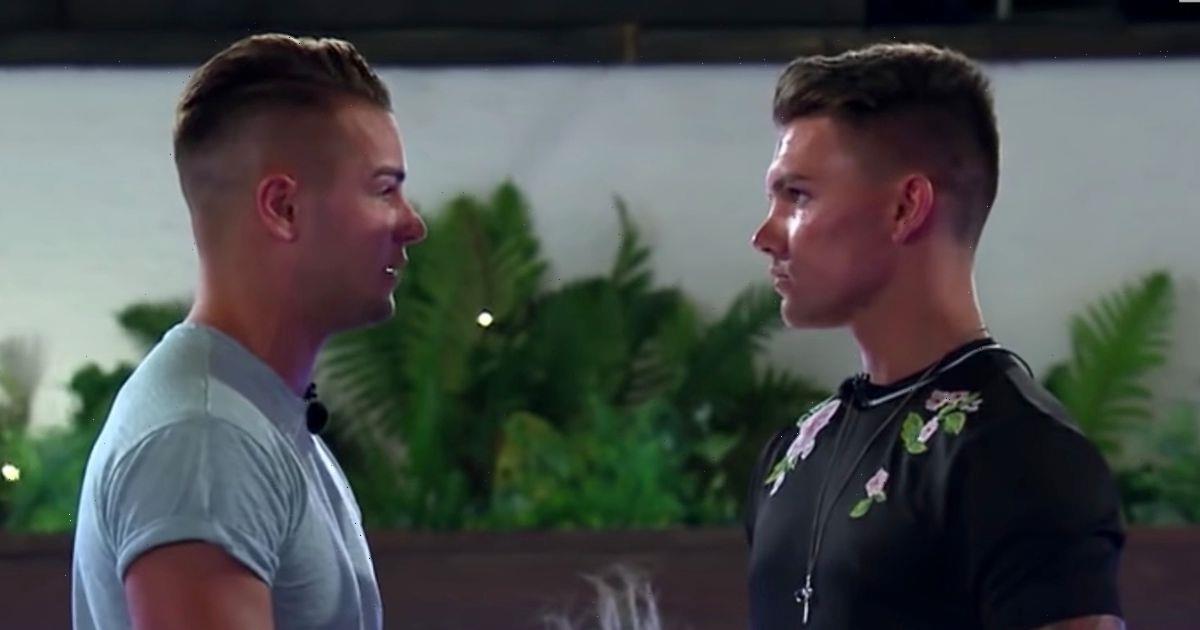 Living in a confined space for such a long period of time means emotions run high.

Although fans of the ITV2 viewers enjoy watching seeing the sext singletons get it on, there’s nothing better than when drama occurs.

READ MORE: Love Island fans call for Tasha and Paige to ‘couple up’ after steamy kiss

Over the years, Love Island has provided fans with the most iconic TV gold moments.

While some fans will remember the more recent spats between the Islanders currently residing in the villa, Daily Star have taken a look back at some of the explosive arguments fans may have forgotten about.

Bombshell Bethany called absolute carnage when she arrived in the first series.

She was in the hour for just 13 minutes before she told all the boys that Jess was "playing a game and she's in it for the money".

Jess was forced to spend the night in the secret hideaway in order to escape Bethany’s wrath.

Waking up in the morning, the wannabe model muttered to herself: “If that girl even tries it today I'm going to lose it." In the days before Scott Thomas and Kady became a fully-fledged couple, Scott and Zara were coupled up.

Zara couldn't hide her anger as new girl Kady perched on her bed in an attempt to try it on with Scott.

The former Miss GB awkwardly reminded Kady that it was still her bed.

Zara particularly had a tough time in the villa and later ended up leaving due to personal reasons after having her crown taken off her due to having sex with Alex Bowen on the show.

Lianna was left fuming after Adam said he could "bang her and then just choose Tina".

Adam's comments about her came back to bite him during the 'Mugged Off' challenge where private conversations were revealed to the other contestants.

After hearing a quote from the conversation, they had to guess who was being mugged off and throw a cold mug of tea over them.

Liana then kicked off at him and said: "How dare you say that comment when you didn’t even know me?

“What because I’m a stripper and you can say I’m going to chuck her and then have the posh girl? Lads banter? How’s that lads banter? You say you’re a gentleman, how is that gentlemanly? It makes you look like a d**k!"

Back in 2017, Montana broke down in tears after her huge row with series three co-star Olivia.

The argument started after Montana decides to give her opinion on Olivia's previous comments to Sam Gowland.

Reflecting on the situation Montana said: "Liv, I'm just going to say it. I just don't think you need to be confrontational."

Despite her best intentions to diffuse the increasingly volatile situation, Montana's comments didn't go down too well with raging Olivia.

As both girls tried to defend their position the clash continued.

Sam and Chris squared up to one another in a very heated confrontation inside the villa.

The atmosphere takes a dark turn as the two lads clash over Olivia.

Olivia told Sam that they should take a step back and made it no secret she fancied Chris.

Standing by the fire pit, Sam can be seen angrily telling Chris that he won't be happy if he's done anything sly.

Chris asked: "like what?" and Sam lunged for him and replied: "I'm f***ing" telling you aren't I?" as the other lads held him back.

Georgia caused a stir when she came into the villa during the third season and stole Kem Cetinary from Amber during an explosive recoupling.

Amber was left fuming and lashed out at Georgia, saying: "Don't speak to me, you're f**king rude. Shut up.

Georgia told Amber: "There's no need to feel any angriness or aggression towards me. I don't know anyone here, I'm here on my own, I had to pick someone so there's no need to get so down my throat about it."

But Amber was still seething and said: "I could have gone deeper babe."

Georgia: "So are you gonna try and make me feel uncomfortable the whole time I'm here?"

Amber considered it for a moment and said: "We'll see."

Love Island airs weeknights on ITV2 and ITVHub at 9pm