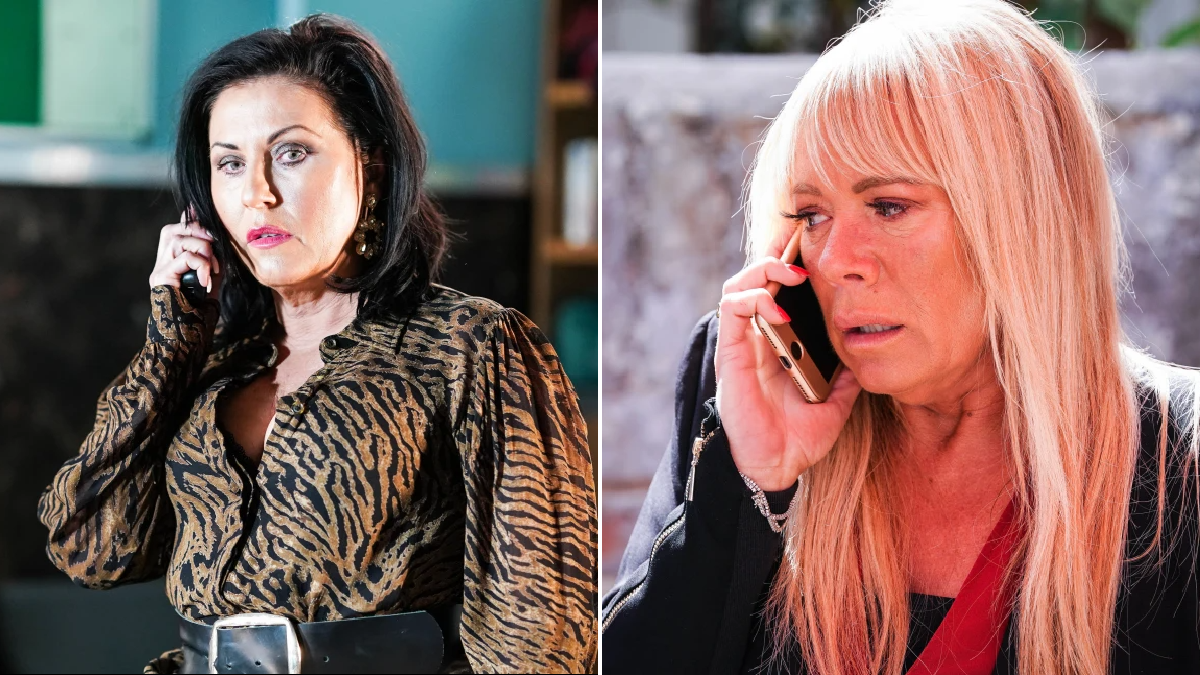 EastEnders star Jessie Wallace has shared a picture from 20 years ago alongside her co-star Letitia Dean and honestly, we love it.

The actress, known for her role as Kat Slater in the BBC One soap, uploaded the image to her Instagram page.

Fashion was of course very different back then, but Jessie and Letitia both got the skirt and shirt memo as Jessie is wearing a patterned top and red bottom, while the Sharon Watts star opted for a pink shirt and black skirt.

‘My gorgeous Tish’, Jessie wrote as the caption.

Such an iconic photograph has prompted many of Jessie’s followers to reply, with her co-star Milly Zero writing ‘Queens’.

A few weeks ago, Letitia won the Outstanding Achievement award at this year’s British Soap Awards for her portrayal of Sharon Watts.

During her speech when she collected the award, a tearful Letitia said: ‘Thank you so much, it’s really overwhelming. I’m so touched, I love my job, the cast, the crew, the fans, I love my mum!

‘It’s been 30 odd years since I was cast, I love you all so much. I lost my daddy a week ago, this is for my daddy. I’m not very good at public speaking but thank you all.’

Last night in EastEnders, it was revealed Sam Mitchell (Kim Medcalf) was responsible for the shooting at Peggy’s, which put Sharon and Kat’s lives in serious danger.