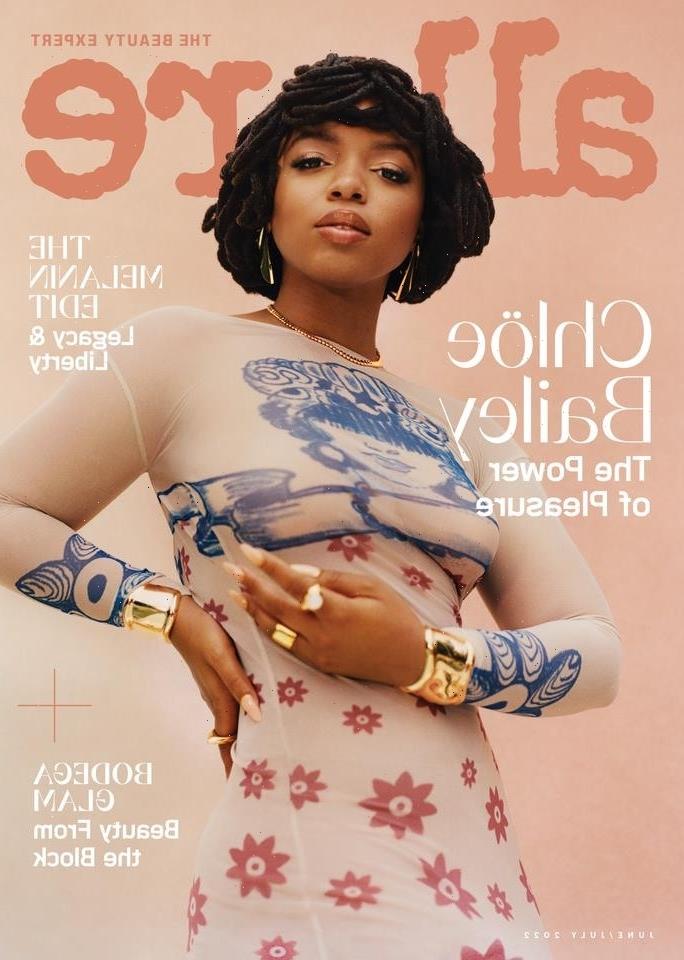 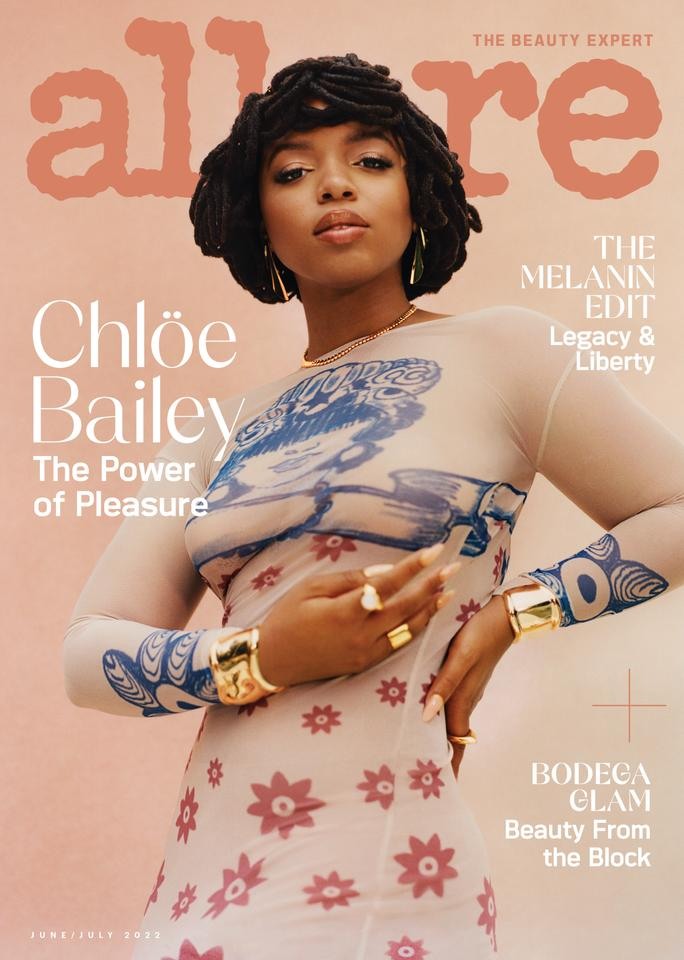 Chloe Bailey is only 23 years old and she’s primed to have a Beyonce-like multi-hyphenate career. Chloe and her sister Halle can sing, dance and act, and they will do even more than that. The sisters are spreading their wings separately at the moment, and Chloe covers the current issue of Allure to promote her new album, and Allure caught up with her in between her film shoots in Atlanta. I went into this interview not know much about Chloe’s life and she seems very cool and very much her own person, a Black feminist who knows exactly what she wants to do and how to do it. Some highlights from Allure:

She’s a Cancerian with Venus in Gemini: “When I’m [not performing], I’m a bubbly, corny, clumsy person. But when the lights turn on, something just happens. I’m somebody else. I feel like it’s not fair for us to say we’re only one version of who we are. We all have multiple layers to ourselves. Maybe, this is a side of me that I’ve always wanted to get out but I’ve been too scared. The Chlöe onstage? I’m fearless. I feel sexy. I feel strong. I feel like nothing can hold me back. When I’m off the stage, it’s the complete opposite. That version onstage is still a really nice person, but she doesn’t take any sh-t. She knows who she is.”

Being separated from Halle for six months during the pandemic: It was one of the longest periods they’d ever been apart and Chlöe found herself suffering from separation anxiety. “Music saved me. I was at a low moment where I felt lost, like I didn’t have any sense of who I was.”

A message of anti-perfection: “We’re not all supposed to be perfect, like bad bitch and confident all the time. We have different layers, ebbs and flows to our lives. It would be completely unfair for me to portray myself to the world like I have no problems. Because I do.”

Body positivity: “It’s complicated. I’ve always had thick thighs and a butt. But I was growing up at a time when, if someone on television told you that you had a big butt, they meant it as an insult. So I was a little ashamed of my curves. I tried to hide them. It took a very, very long time. Now my favorite thing about [my body] is my butt. The first woman I saw embrace her body was Beyoncé. Hearing her sing ‘Bootylicious’ or seeing her perform on the BET [awards] made me feel calm about my body. Also Jill Scott. She showed me another beautiful, full-figured, thick, sexy, curvaceous [woman]. And I was like, that is sexy.”

She was home-schooled so she didn’t date in high school: “I’m getting into that world and learning the ways of men right now… I present myself in my music videos as this really sensual girl, but when it comes to love and relationships, that’s not how I am. But that’s what guys think of me sometimes. So, I’ve been pretty protective of my heart and figuring out guys’ true intentions.”

She’s not looking for just a hot guy: “I’m not a person who bases [stuff] on outward appearance. If their heart is made of gold, I’m so in. I just want them to appreciate my nerdy side, my work ethic, and be my best friend.” Her basic requirements are fairly straight- forward: Love God, be funny, and (here’s that Venus in Gemini again) challenge her mind. “It has to be some- one who’s really intellectual because that’s sexy. You can teach me things.”

The “bad bitch” thing… it’s not sustainable, as she says. Keeping up that bad bitch energy 24-7 is exhausting and no woman should try to achieve that. As for body image… “Bootylicious” came out in 2001, when Chloe was three years old. Almost her entire life has been lived through An Era of Bootyliciousness!! I’m just saying, it was different when I was younger and I had thick thighs and a big ass. There wasn’t this body positivity/embrace your big ass movement until Beyonce and Jennifer Lopez in the late 1990s and early ‘00s, right as Chloe was being born. Before then, women were supposed to look like Winona or Gwyneth. It suuuucked. I’m so happy that Chloe and other young women have grown up in an era where there are so many body-positive messages.