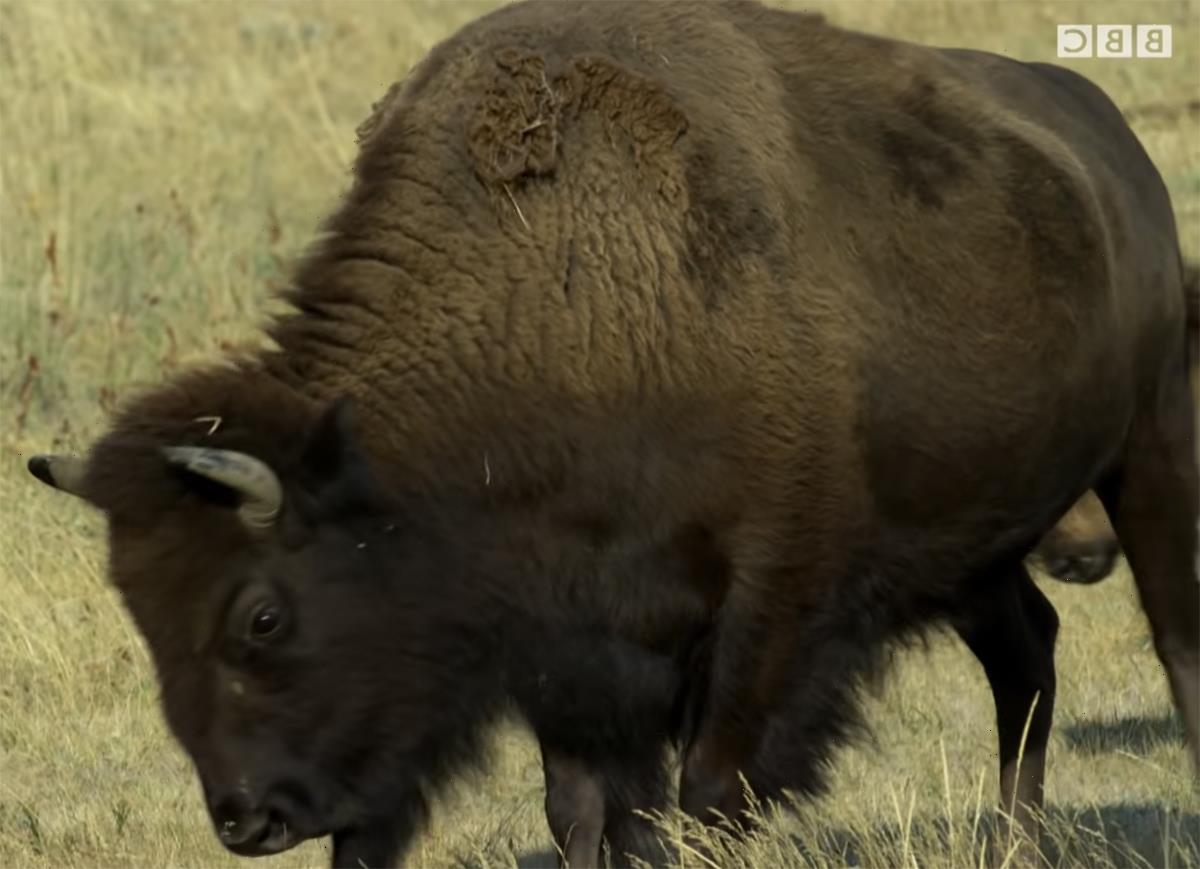 A man from Colorado was seriously injured by a massive bull bison in Yellowstone National Park this week.

The incident occurred on Monday at the Wyoming park, and it was captured in a tense video that has since gone viral. And now, park officials are speaking out about the unsettling situation.

In the clip, a bison can be seen charging for unknown reasons toward three adults and a small child, crossing over a walking path towards the shocked group. One man can be seen rushing to push the child out of the way as the huge animal rushed toward it.

Thankfully, the child was successfully shielded from the bison’s charge — and barely at that. However, the man who stepped in to protect the child from the beast wasn’t as lucky. Protecting the child put him in harm’s way, and he was struck directly in the center of his body. Thankfully he survived.

Video of the attack spread across the internet fast, and on Tuesday, Yellowstone National Park officials published a media release confirming the incident. In it, a spokesperson declined to publicly release the name of the injured man but did give more details about the nearly-fatal incident:

“A 34-year-old male from Colorado Springs, Colorado, was gored by a bull bison near Giant Geyser at Old Faithful on June 27. The male was walking with his family on a boardwalk when a bull bison charged the group.”

Park officials also revealed that the man had been transported to a local hospital just across the state border in Idaho where he was being treated for an arm injury.

“Family members did not leave the area, and the bull bison continued to charge and gored the male. The male sustained an injury to his arm and was transported by ambulance to the Eastern Idaho Regional Medical Center. This incident remains under investigation, and there is no additional information to share.”

You can see video of the disturbing incident (below):

We can’t even imagine how scary it would be to go through that. Being out in the open, without any trees or anything to hide behind, and then to have a small kid vulnerable out there in the open, as well… Jeez!! They didn’t exactly have much time to get away!

Also in their press release about the incident, Yellowstone officials practically begged the public to exercise extreme caution around wild animals within the park:

“Wildlife in Yellowstone National Park are wild and can be dangerous when approached. When an animal is near a campsite, trail, boardwalk, parking lot, or in a developed area, give it space. Stay more than 25 yards (23 m) away from all large animals — bison, elk, bighorn sheep, deer, moose, and coyotes — and at least 100 yards (91 m) away from bears and wolves. If need be, turn around and go the other way to avoid interacting with a wild animal in proximity.”

Seems like that should be common sense, right? Sadly, it’s not.

We’ve covered many incidents where people were seriously injured by bison and other animals in Yellowstone and other national parks. Yellowstone officials appeared to be exasperated by these continual problems:

“This is the second reported incident in 2022 of a visitor getting too close to the animal and the bison responding to the perceived threat by goring the individual. Bison are unpredictable and can run three times faster than humans.”

Yeah… Hopefully people will actually heed the warning this time? Something tells us some people still won’t, though…