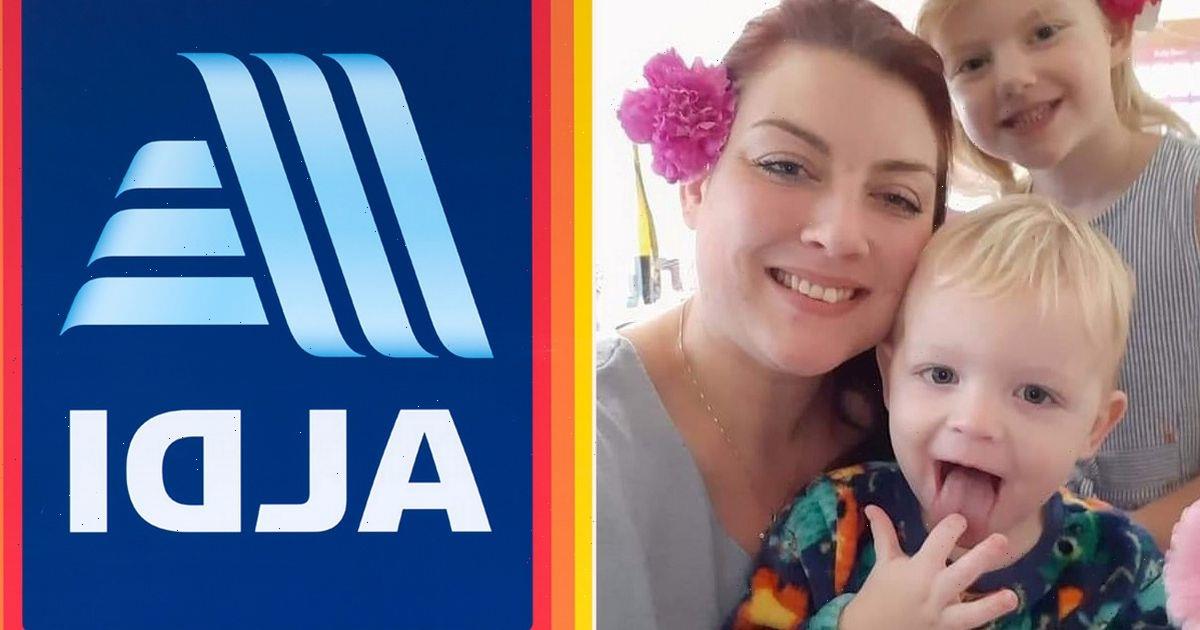 A struggling mum left completely overwhelmed in Aldi after a stranger paid for the last of her shopping.

The situation happened when Francesca Jay was shopping at Aldi on New Bridge Lane in Stockport last week.

She said she knew in advance she could only afford to spend £50 on groceries for her and her two children – seven-year-old Sophie and four-year-old William.

When she went into the store she shopped as usual, as her total never usually reaches £50.

However, as the items were going through on the conveyor belt and the total kept creeping up, meaning Francesca had to ask the cashier to stop scanning her items.

This resulted in her having to leave some vegetables, bread, and frozen ice lollies meant as a treat for her kids on the conveyor belt.

However, as Francesca apologised and asked the cashier to have the items put back, a kind woman stepped in and offered to pay for the ice lollies, after seeing little William's face when he heard his mum say they couldn't afford the special treat.

When she saw how much was left on the conveyor belt though, the generous stranger changed her mind and offered to pay for the whole lot.

Francesca told Manchester Evening News: "I went in knowing I only had £50 to shop. I did my shopping, not thinking it would come anywhere near £50 as it never usually does, but as it got nearer at the till I asked the man serving to stop scanning at £50. I said 'I'm sorry and I can't have those so please stop the shop there', to which he did.

"My son was behind me and must have heard me say put the ice lollies back and a lady next to me on the next till came over and said she had seen my sons face drop and would like to pay for them. I thanked her and so did my son but she then saw the other bits of shopping and paid for those too.

"Myself and the man serving kept saying 'are you sure?' and she said that she had been in this situation before and was more than happy to pay for it. I think it came up to about £6. This means the world to me because I have always tried to be nice and kind and have paid for people's stuff before quite a few times."

Francesca said she has been struggling recently, which made the act all the more kind.

She added: "I am not financially well off at all. Far from it now actually. But I really try to be kind all the time and almost lost faith in humanity because I always seem to get shot down.

"For someone to help in small ways makes you feel so so elated. She didn't have to do that but I could tell it was genuine generosity."

One of the items the mystery lady paid for was a six pack of fizzy drinks – which Francesca had only put in her trolley after seeing a young man outside who asked her for any spare change. As she had no cash on her, she instead offered to buy him a drink but hadn't realised the cost of her shopping had risen, meaning she wouldn't be able to afford the usual shop.

Francesca continued: "I gave the lad outside his drinks and he was really shocked I'd gotten him a six pack. I told him he wouldn't have had them if it wasn't for the lady getting the rest of my shopping. We looked for her but I think she drove off.

"I am always nice to people and try and help as best I can. I am really struggling, as we all are, so was so nice for someone to do something for me. It's just nice to be nice, I try my hardest but this lady paying for the rest of my shopping has definitely given me motivation to keep going and good karma will come eventually.

"I hadn't got a penny left in my account so I was so happy I could get those few extra bits, especially as my niece comes for tea every week. I think especially with everything being that bit more expensive, a single mum like me on benefits in my circumstances feels the pinch even more so it truly meant so so much to me."