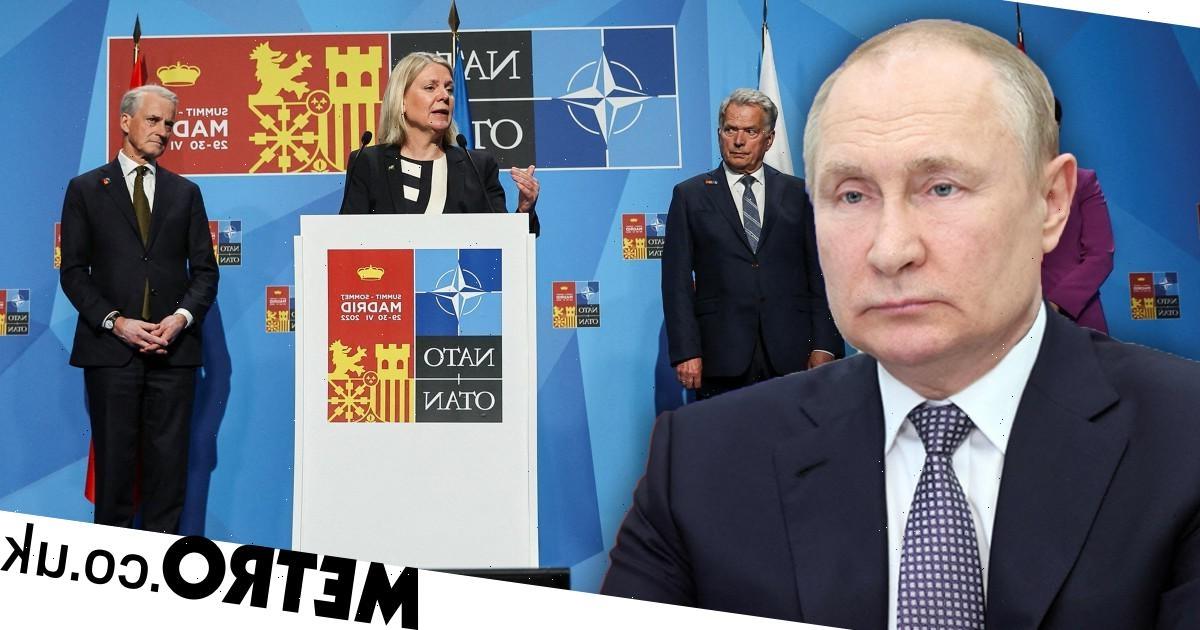 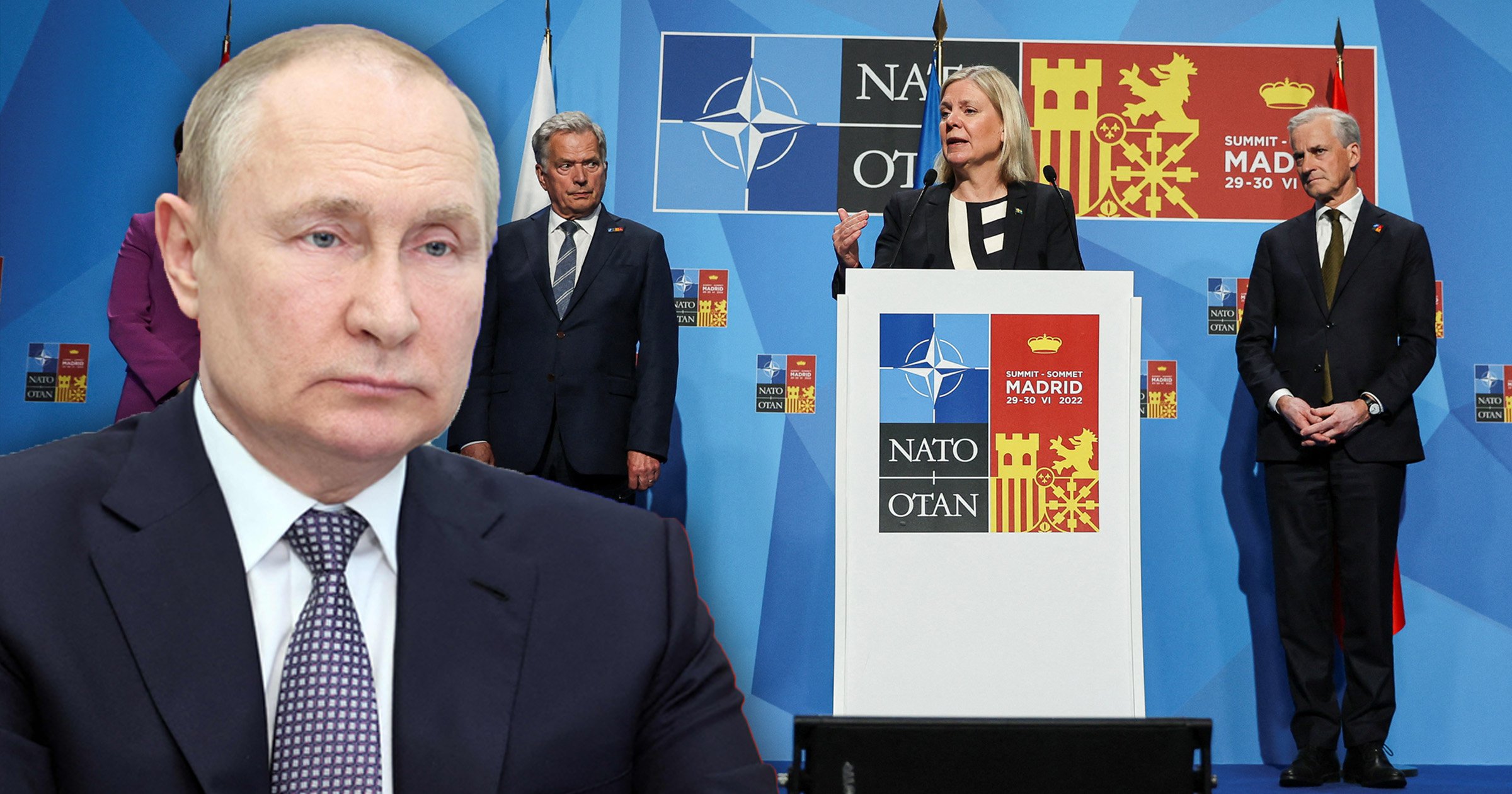 Vladimir Putin has warned Russia will respond ‘in kind’ if Nato sets up infrastructure in Sweden and Finland.

The Russian despot issued the chilling threat after the Nordic countries signed an agreement that has paved the way for them to join the western alliance.

Putin was quoted by Russian news agencies as saying he could not rule out that ‘tensions would emerge’ in Moscow’s relations with Helsinki and Stockholm.

He said he does not have such problems with Sweden and Finland ‘as it has with Ukraine’.

But he said he would be forced to respond in the mirror if Nato military infrastructure is deployed in these countries.

Nato formally invited Finland and Sweden to join today, six weeks after they sparked the Kremlin’s fury by submitting applications.

It followed a breakthrough yesterday, when Turkey lifted its veto over their bid to join the alliance after the three nations agreed to protect each other’s security.

It marks an embarrassing change in the tides of history for the Russian president, who repeatedly insisted his ‘special military operation’ was forced by the threat of Nato’s expansion to Ukraine.

He had previously warned Finland and Sweden that they will face ‘serious military and political repercussions’ if they end decades of neutrality by joining the bloc.

As it shares a long border with Russia, Finland was particularly desperate to avoid antagonising Moscow while also acting as a valuable diplomatic go-between when talks with Western powers turned too sour.

But Putin’s invasion of Ukraine prompted a major shift of opinion in both countries, whose militaries already worked closely with Nato forces.

In more bad news for the Russian dictator, Nato today agreed a ‘fundamental shift’ which will see it return to Cold War-style readiness to respond to the increased threat posed by Moscow.

During a summit in Madrid today, the leaders of 30 nations agreed to put 300,000 troops at high readiness next year, up from the current level of 40,000.

For the UK, this will mean the ‘majority’ of naval forces – including one of the aircraft carriers and its support vessels – being available to Nato, along with extra air squadrons and land brigade-sized units.

In addition, 1,000 more British troops are being sent to Estonia to bolster Nato’s presence at the border with Russia.

He later announced an extra £1 billion of military aid for Ukraine from the UK, after pressure from his own MPs to boost defence spending.

The new funding amounts to a 77% increase on the £1.3 billion already provided, with the PM claiming British support was ‘transforming Ukraine’s defences’ against the Russian onslaught.

‘As Putin fails to make the gains he had anticipated and hoped for and the futility of this war becomes clear to all, his attacks against the Ukrainian people are increasingly barbaric.

‘UK weapons, equipment and training are transforming Ukraine’s defences against this onslaught.

‘And we will continue to stand squarely behind the Ukrainian people to ensure Putin fails in Ukraine.’