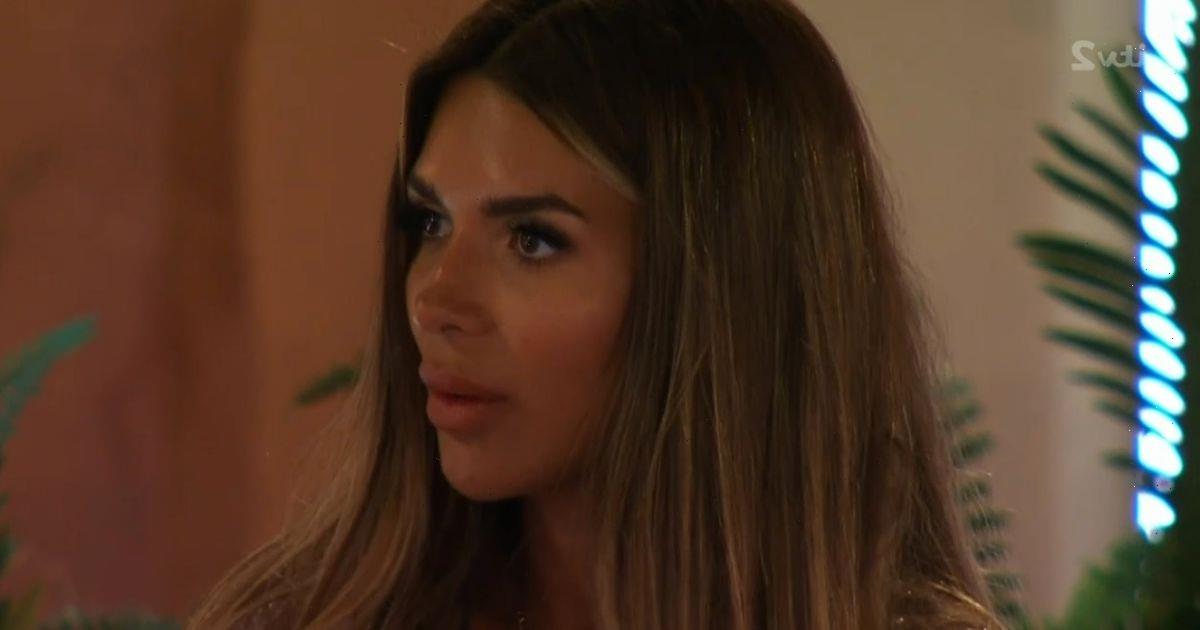 Thursday's recoupling on Love Island has seen some surprising new couples forming, after Ekin-Su Cülcüloğlu finally made a decision between three of the Island's boys.

The power was with the girls after actress Ekin-Su 27, received a text which read: “Islanders, tonight there will be a recoupling in which the girls will choose which boys they want to couple up with. #girlsontop #bigchickenergy”

As a lot of the Islanders are already loved up, it was no surprise that Gemma Owen, 19, chose to remain coupled up with Luca Bish, 23, saying she couldn't wait to see where this goes because she thinks they "could have something quite special".

Tasha Ghouri, 23, also chose to remain in a couple with Andrew Le Page, 27, despite the pair having a rocky week with the arrival of bombshell Charlie Radnedge, 28, and Andrew's heart rate raising higher for Danica Taylor, 21, than Tasha in last night's raunchy challenge.

Another couple that remained together were: Indiyah Polack, 23, and Dami Hope, 26, who have been going from strength to strength since their former partners Ikenna Ekwonna, 23, and Amber Beckford, 24, were dumped from the Island in a shock double elimination.

She admitted that when she was with him she felt like "no one else was in the room".

Paige Thorne, 24, decided to go back in a couple with Jacques O'Neill, 23, after Jay Younger, 28, chose her to couple up with last week.

She said that she found herself "always wanting to be in his company" because he always "makes her happy".

This left Charlie, Jay, Antigoni, Davide, Danica and Ekin-Su remaining to couple up.

Despite Ekin-Su being coupled up with Charlie, she'd expressed an interest in her old partner, Davide, 27, and the pair heated things up with a passionate kiss in last night's heart rate challenge.

The couple came to blows earlier this month, after the actress shared secret smooches with Jay, whilst she was paired with Davide, and Ekin-Su had been pondering which of the boys to couple up with.

In the end, Ekin-Su chose to couple up with Davide.

Danica chose to couple up with Jay, after earlier expressing her interest in him, however he had told her that he was more interested in Antigoni, who he'd told that he "didn't leave the door open" with Danica.

This left Antigoni with no choice other than to couple up with Charlie, and at this realisation, she said: "I can't believe this s**t", before storming off after the recoupling was over.

Prior to the recoupling, and after Ekin-Su received the text, she questioned Gemma about Davide's interest in her, saying: “Do you think he is interested in me?”

Gemma replied: “I think he is but it will be a longer process, there still definitely is chemistry. Everyone can see it.”

Later on, Ekin-Su took to the Beach Hut to talk about her thoughts, saying: “I have these three boys [Charlie, Jay and Davide] in front of me, all of them have given me something great.

"Charlie is amazing, I’m myself with him – everything flows, nothing is forced. Jay obviously there’s a very big sexual chemistry with him, then you have Davide who we did start something… what do I do?”

Stay up to date with all the latest on Love Island by signing up to OK!'s daily celebrity newsletter .