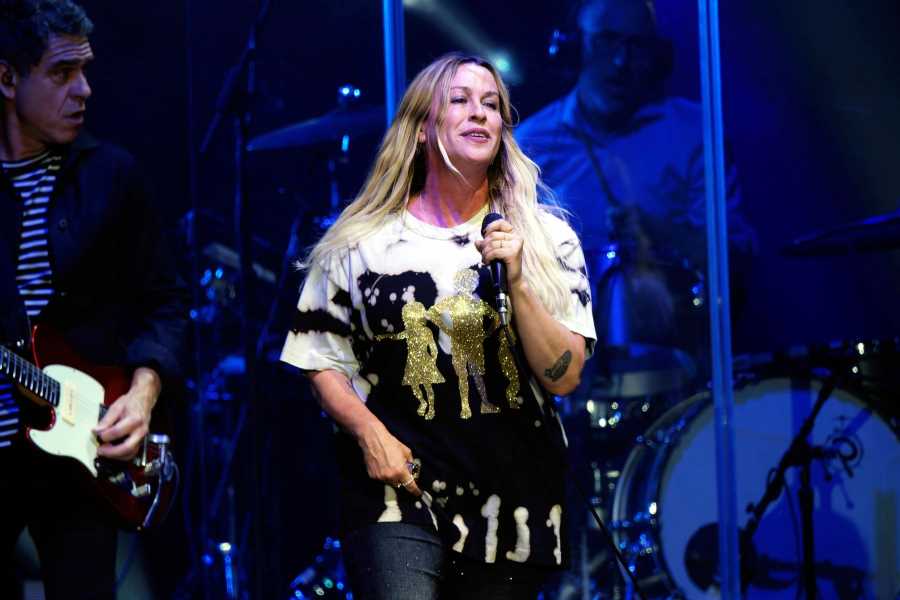 The singer is on tour for the 25th anniversary of Jagged Little Pill (which had been rescheduled due to Covid concerns). Hawkins had joined her live band for that album’s tour in 1995 and he continued to perform with her until 1997 when he joined Foo Fighters.

Last night, during her performance of “Ironic,” images of Hawkins were featured on the screen on stage behind her, which featured the words “In Memory of Taylor Hawkins” when the song ended. “The second I heard ‘You Oughta Know,’ I was like, ‘I’m in that band!’” Hawkins told Rolling Stone last November of joining Morrisette’s band. “I just knew.”

The Private Lives of Liza Minnelli (The Rainbow Ends Here)

Morissette apparently knew he would eventually leave her band for the Foo Fighters, according to Dave Grohl. “During his stint as Alanis Morissette’s drummer, long before he became a Foo Fighter, we would bump into each other backstage at festivals all over the world, and our chemistry was so obvious that even Alanis herself once asked him, ‘What are you going to do when Dave asks you to be his drummer?’” Grohl wrote in his 2021 autobiography, the Storyteller: Tales of Life and Music.