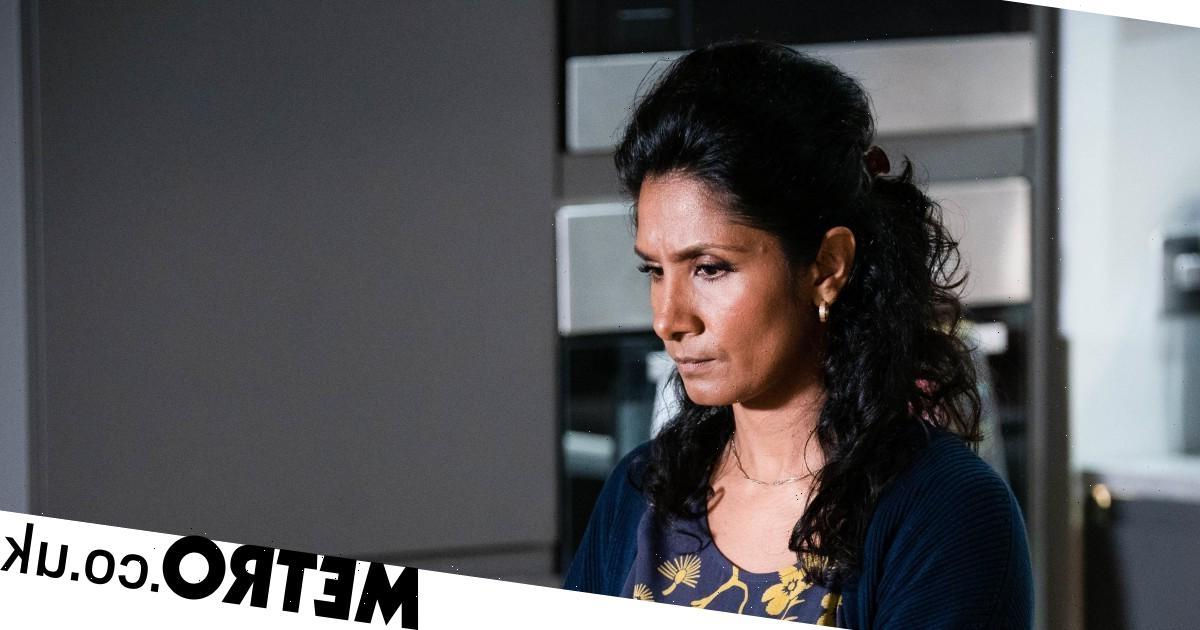 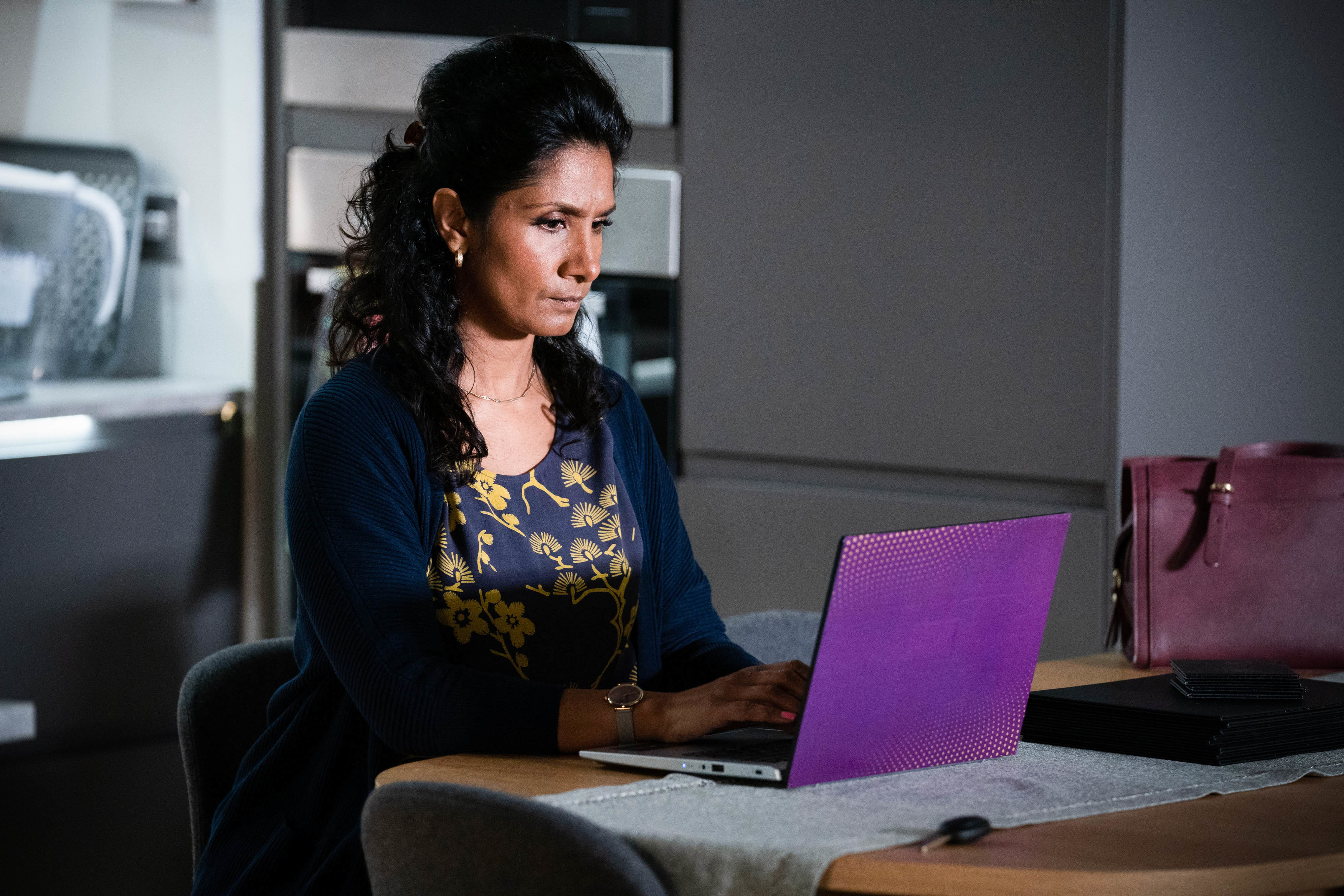 A few weeks ago, we discovered Mr Panesar has spent time behind bars for murder.

We don’t know a great deal about him, but Suki told Eve (Heather Peace) she’d like to get a restraining order to stop Mr Panesar from seeing her and the children, so the family is clearly hiding more dark secrets.

Coming up, after Ash (Gurlaine Kaur Garcha) learns Suki has applied for a GP job on behalf of her, she is furious and tells her mum to stop meddling with her life.

When Kheerat arrives he sees Suki, Eve (Heather Peace) and Ash, unaware Stace is hiding behind the sofa.

Later on, believing they’re alone, Suki confides in Eve and brings up the children’s emotionally abusive dad being released from prison.

Eve spots Stace and tries to keep Suki distracted, but will she reveal any more information about Mr Panesar?