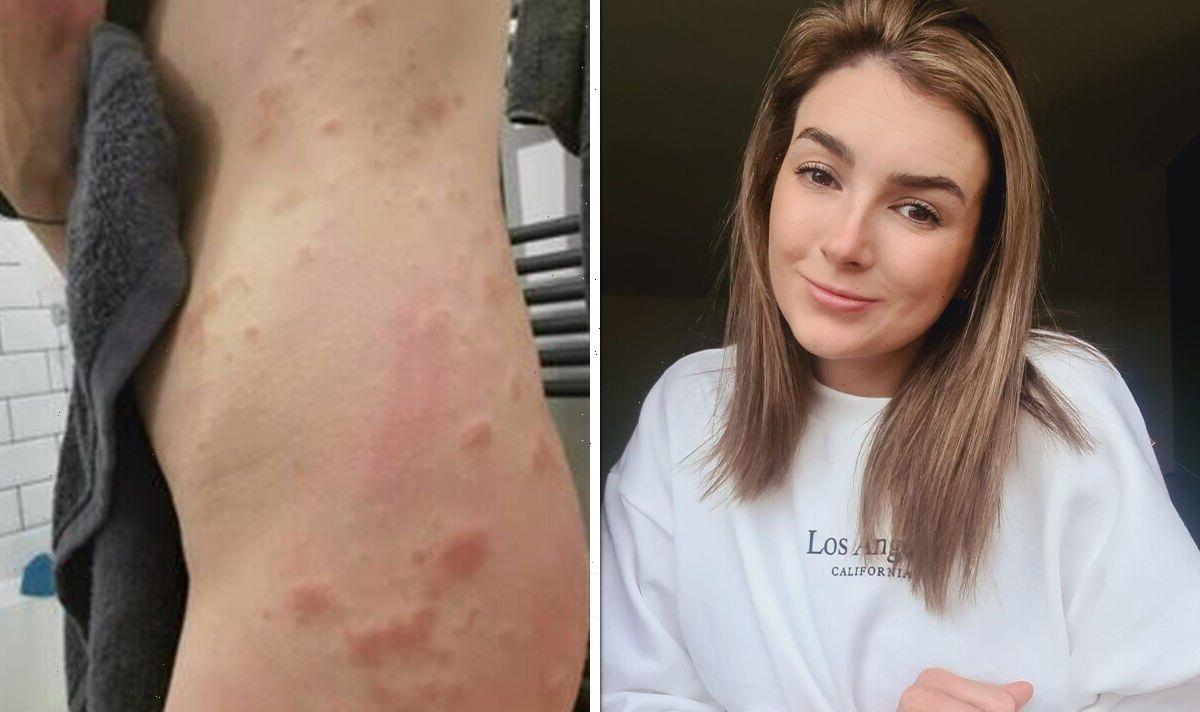 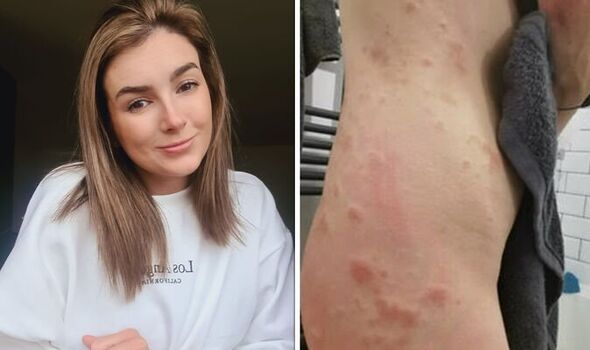 Christy Ironside, 27, from Plymouth, has suffered with eczema since she was just two weeks old. As a beauty therapist, Christy was embarrassed of her skin as an adult, but now, she has finally found a treatment that has majorly improved her condition.

Christy told Express.co.uk: “I have been on endless amounts of antibiotics, steroid creams, emollients, and so on.

“I would hate to work out how much time I have spent at the doctors.”

As an adult, Christy found that it was her hands that were affected the most by eczema and, as a beauty therapist, she uses her hands often.

She used a strong steroid cream for a while, but “as soon as I stop my eczema comes back”.

“With being a spa therapist I found it really embarrassing, and didn’t want to go to work.

“I found a lot of treatments hurt my hands and would flare it all back up again.

“Frankie was months old when he had a small circle appear on his chest that looked a bit like ringworm,” the beauty therapist explained.

“We gave him cream for ringworm which exasperated it and made it worse.

“When we took him to the doctors, Frankie was diagnosed with eczema and referred to a dermatologist.”

Frankie was prescribed a steroid cream, but Christy said she was “nervous” to use it on her baby’s skin as long-term use can thin the skin.

There is also topical steroid withdrawal, which is when the skin can become so used to a steroid cream that when you stop using it, it can start to flake and peel.

“At its worst, Frankie used to scratch a lot at night, and wake every hour itching and crying,” Christy recalled.

“His bed sheets used to be covered in blood, which was so upsetting to see.”

Christy went on to explain that she “tried all sorts of high street creams and things I saw online” on Frankie’s skin, but “some would make him scream when I put it on him as it just stung his skin so much”.

She continued: “His eczema would be so bad on the back of his legs, he would have to wear leggings even in the summer so he didn’t have skin on show to scratch.

“I wish he could have worn shorts like other children his age but we couldn’t risk exposed skin as it would be so uncomfortable for him.”

Eventually, Christy’s mother “saw something called MooGoo Eczema Cream online which had good reviews so I thought I would give it a try”.

“I liked that it was something natural to use on my babies skin,” the 27-year-old said.

“I used MooGoo on Frankie’s skin and the next day it wasn’t red.

“I thought, this must be a fluke. I carried on using the cream instead of his steroid creams and couldn’t believe it really.

“It changed everything, not only improved his skin condition but his quality of life as a result.”

Christy used MooGoo on her skin too and “it is all cleared”.

“I am so overwhelmed I have a product that works and it is natural,” she said.

“You don’t realise how much it means to finally have something after 27 years that works.”

Consequently, Christy’s mental health has improved, and now, if she has a flare up she said she has “learned to accept it and it’s just a part of me and not to be embarrassed”.

The beauty therapist offered her advice to others suffering with eczema, saying: “Do not be embarrassed or stressed, loads of people have it.

“Keep pushing at the doctor’s for a dermatology test, and don’t waste your money on all the lotions and potions they prescribe you.

“I would use steroid cream on the worst patches then use MooGoo to keep it at bay.”