I have spoken to Professor Sharon Lewin many times in the past two years. Yet until I sat down to lunch with her, we had never properly met.

As a health reporter at The Age, my interactions with her were limited to politically charged press conferences or interviews over the phone ahead of a deadline, with the director of the Peter Doherty Institute for Infection and Immunity typically answering questions in a clear, gentle and calm manner. Some might say that The Age and Sydney Morning Herald owe her (and countless other scientists and frontline healthcare workers) a free lunch for the hours they have spent being interviewed during the pandemic. 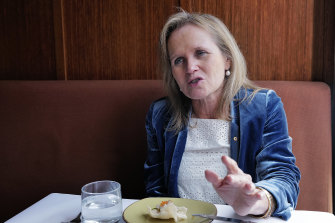 Lewin walks into Bistro Gitan, a bustling contemporary French and Spanish-inspired restaurant in South Yarra, and gives me a big hug, as if she were greeting an old friend.

The bistro is a favourite haunt of Lewin’s. She suggests we share an entree of Kingfish tartare with nori rice crisps, Yarra Valley salmon caviar and finger lime dressing. She orders the salade de chevre chaud with fig, walnut and port wine dressing for her main course, while I opt for the pumpkin Parisian gnocchi.

Has she had coronavirus? Not yet, but her youngest Max was recently ill with it. What is she looking forward to most this year? “My 60th birthday in Greece,” she says. 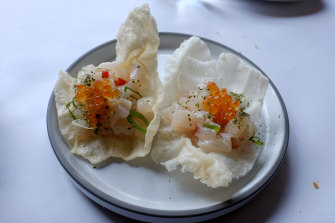 Our conversation quickly turns to the media storm surrounding the pandemic. When the phone calls from journalists started coming in about a mysterious virus leaving people breathless and feverish in the Chinese city of Wuhan in 2020, Lewin felt a familiar pang of adrenaline.

Memories flooded back of co-chairing the world’s largest AIDS conference in Melbourne in 2014, which brought together global pioneers united in the quest to cure the deadly disease.

The event had been years in the making, but Lewin was left reeling after Malaysian Airlines flight MH17, carrying six leading figures in HIV research and activism, was shot down over eastern Ukraine, an atrocity that claimed the lives of 298 people.

“It was a devastating way for anyone to die,” Lewin says.“They were my friends and colleagues. Two of them I knew very well. It was this experience of really high anxiety and great uncertainty. You’re trying to gather all the information to understand what’s happened and there was this intense media interest locally and internationally.” 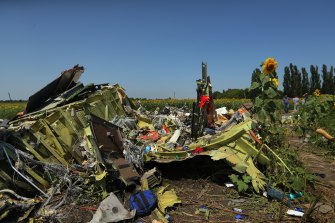 “A devastating way for anyone to die”: Debris from Malaysian Airlines flight MH17 in eastern Ukraine in 2014. Credit:Kate Geraghty

Among the dead was former International AIDS Society president Professor Joep Lange, a friend of Lewin’s, who saved countless lives by increasing access to anti-retroviral therapy for millions of people infected with HIV in poverty-stricken countries.

The calls from reporters after MH17’s destruction only lasted 48 hours, but it was a crash course of sorts that would serve Lewin well when a consortium of modellers, led by the Doherty Institute, became the architects of a report underpinning the Morrison government’s reopening of Australia after two years of COVID isolation.

The stakes were immense. Protesters were on the streets agitating for freedoms every week. Lewin remembers the anxiety around the release of the document being palpable. As the spokeswoman for the institute, she did her best to shield her staff from the scrutiny.

“Questions were being raised about where Doherty was positioned,” Lewin says.

“It was an incredibly stressful time. We’re a scientific organisation. We are not public policy or the government. We would never compromise what we do. We provide information on data and science to governments to make decisions. That line was getting very blurred last September.”

How did she cope? At the beginning, it was just the bare bones of survival, she tells me. Days stretched from 6am until late in the evening. Lewin slept for a few hours before waking to overseas phone calls at 3 or 4am. Mornings were filled with Doherty Institute briefings to discuss the latest science. Then it was on to media requests and an endless blur of Zoom meetings. 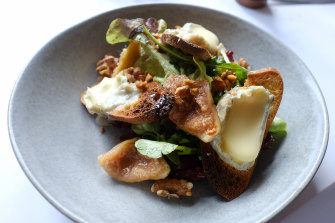 Somehow, she managed to continue her work as chief investigator of the National Health and Medical Research Council of Australia, as well as overseeing a group of young HIV researchers and being a leading member of the International AIDS Society.

Lewin believes she inherited her mum Eva’s work ethic and optimism. A Polish-born refugee, Eva retired from working as an accountant’s assistant only three years ago, at the age of 83. She was the first person at the accounting firm each day, except Fridays, when she was cooking a feast at home for her family.

Lively Friday night family dinners have been a lifelong tradition for Lewin, who is Jewish. But during lockdowns the ritual morphed into a rare moment of solace with her husband Robert and their two sons, Max, 25, and Alex, 28, who were both still living at home.

“I loved being with the boys,” she says. “There was a such a calmness to the weekends I don’t normally have in an ordinary year because I wasn’t travelling all the time for work.”

After Friday night dinner, they watched an episode of Succession or The Crown on Netflix. But there was no bingeing. It was a once-a-week treat.

Lewin, who is not a fan of Uber Eats, unwinds by cooking every night. One of her favourite cuisines is Malaysian. She has a well-worn rotating cycle of curry laksa and beef rendang dishes that she has spent years perfecting.

She runs to quieten her mind. During all six lockdowns, she regularly ran five kilometres along a familiar route of deserted streets near her home. Those 30 minutes were spent listening to a podcast, either This American Life or catching up on the latest coronavirus data with The New England Journal of Medicine.

Pre-pandemic, Lewin spent much of the year travelling the world, working to find a cure for HIV. 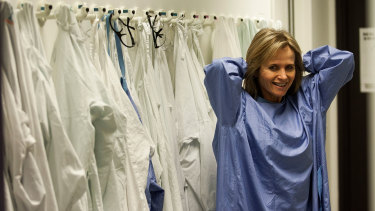 Sharon Lewin, then a researcher with the Burnet Institute trying to find a cure for HIV, in the week leading up to the 20th International AIDS Conference in Melbourne.Credit:Craig Sillitoe

She has been pivotal in advancing understanding of HIV latency: how the virus buries itself in DNA and lingers forever in people despite anti-retroviral treatment.

HIV has been the biggest pandemic the world has ever seen, Lewin says, creating a generation of virologists, immunologists and scientists who have dedicated their lives to understanding the complex interplay of viruses and the immune system.

Most are now at the forefront of the fight against COVID-19, including Lewin and her friend Dr Anthony Fauci, a senior adviser to the White House’s COVID Response.

Fauci and Lewin were speaking together in an online COVID-19 panel discussion the day that restrictions on restaurants were lifted in Melbourne in October 2020 after nearly four months. Hours later she would dine out with her family for the first time in months at Chin Chin in Melbourne’s city centre.

A naturally curious child, Lewin excelled at maths, physics and chemistry. She dreamt of being an astronaut or an engineer but was strongly encouraged by her parents to study medicine at Monash University.

“I grew to really love it,” she says. “I loved the human connection. Being a doctor is a really great privilege because you are often looking after somebody at a very challenging time in their lives.”

But her mind always drifted back to research: “I began to want to have an impact beyond the person sitting in front of me.”

I meet Lewin for lunch as hospitalisations are soaring in a new wave of flu and coronavirus infections. What will become of COVID-19? “We are in for a very tough winter,” she says.

Tens of thousands of new cases and dozens of deaths are still being reported every day in Australia. Once a global leader in preventing COVID-19 deaths, Lewin warns Australia is falling behind in its ability to monitor the virus.

Lewin wants a national registry to track people with “long COVID” to understand the mechanisms of the perplexing, post-viral syndrome.

She fears not enough is being done to generate awareness about life-saving antiviral drugs to limit the impact of COVID-19, which often need to be taken within five days of symptoms.

“We need to start getting the word out about antiviral treatments and ensure everyone who needs them has access,” she says. 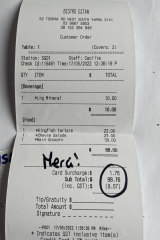 Lunch at a local favourite.

The emergence of another COVID-19 variant is almost certain and a strain able to evade current vaccines can never be ruled out. “That would change the bar significantly,” Lewin says, noting that even Omicron continued to put immense pressure on hospitals, schools and workplaces across the country.

While she believes the days of lockdowns and stay-at-home orders are largely behind us, she says Australians should be using masks indoors, staying at home when sick and “doing everything they can” to try stop spreading COVID and the flu.

Another global outbreak of infectious disease is inevitable. Scientists warn climate change, increased interactions with wildlife, megacities and globalisation are accelerating this threat. COVID-19 is probably not a once-in-a-century event; it may not even be a once-in-a-generation one.

Lewin says our top priority should be ensuring Australia enacts national policies in dealing with future outbreaks of deadly infectious diseases, to ensure a unified response across states and territories.

“We need to put things in place now so the next [one] will not spread as fast and as far and wide as [COVID-19] has, and we definitely need to be prepared for the worst.”

As we finish our lunch, I ask Lewin what has been the silver lining of the pandemic for her. Her eyes light up as she tells me it is that scientific literature has become part of our ordinary vocabulary.

“It doesn’t matter who you are, whether you’re a taxi driver or a cleaner, everyone knows the letters mRNA, everyone knows what a rapid antigen test is,” Lewin says. “The level of scientific literacy is just extraordinary.”