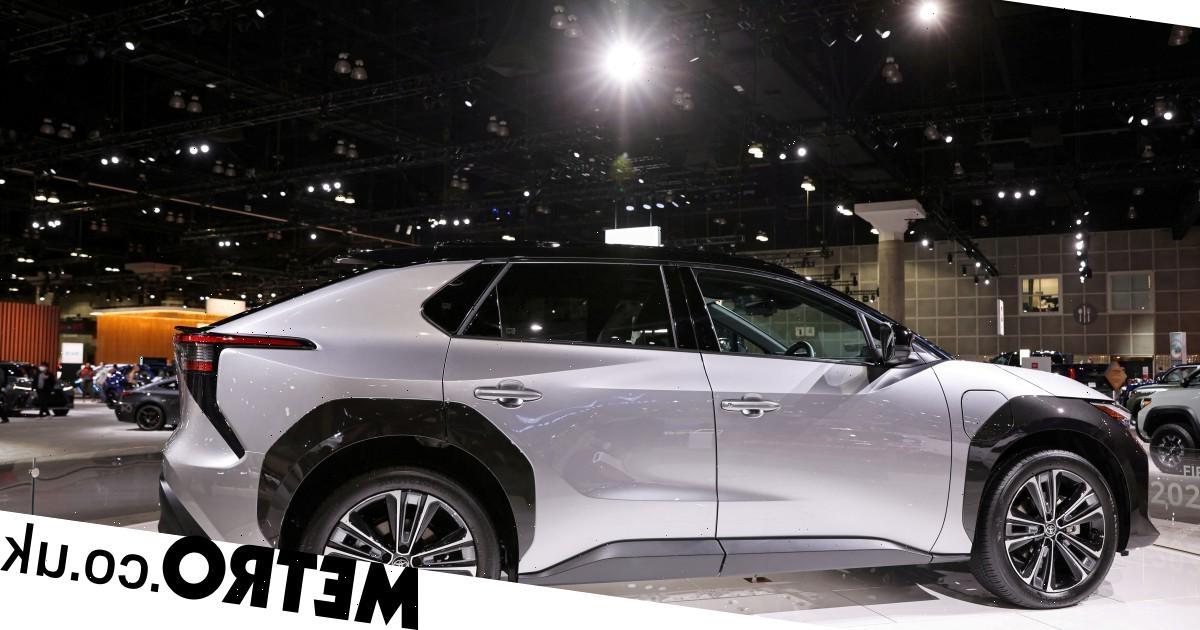 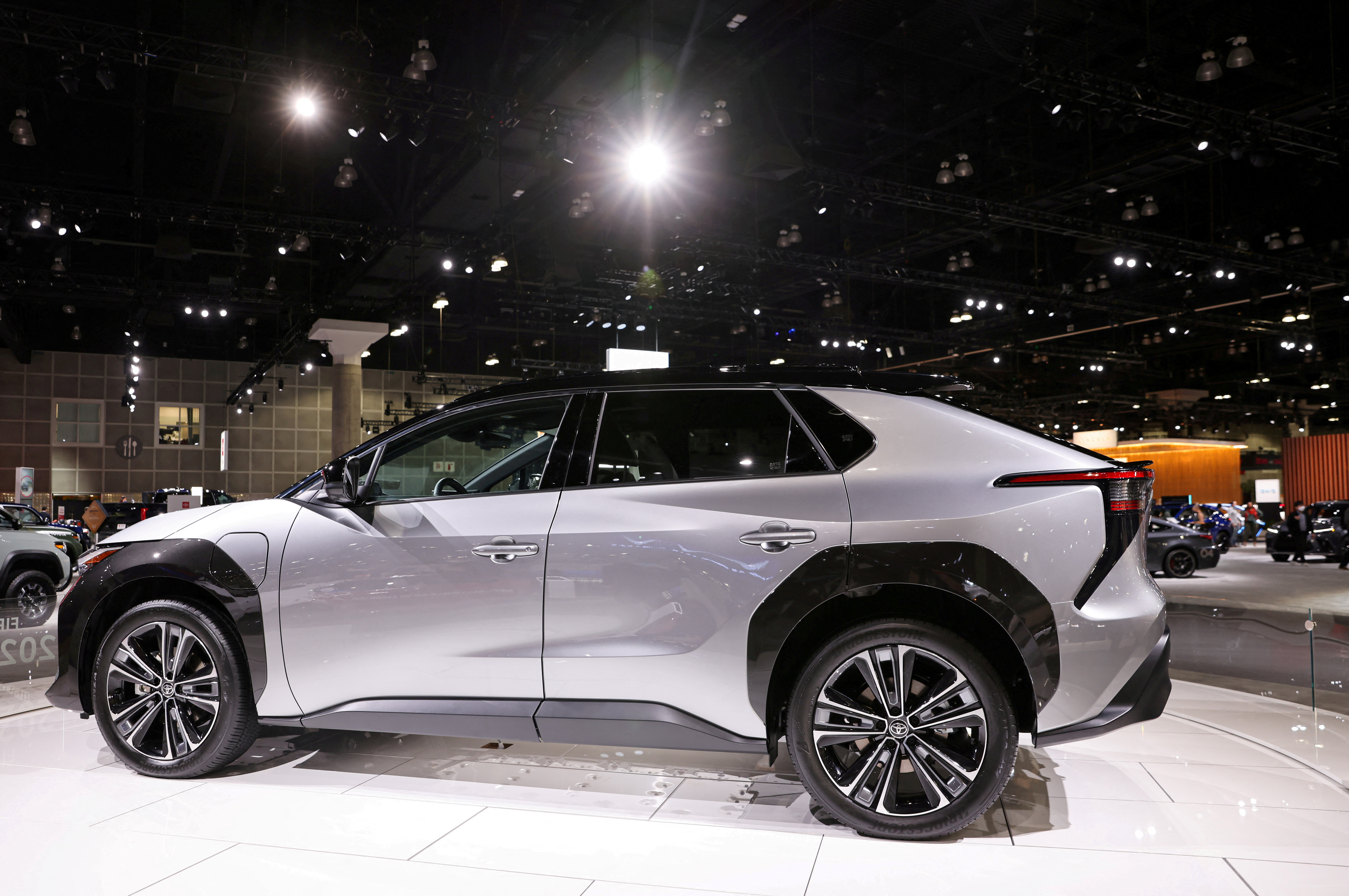 Toyota is recalling 2,700 bZ4X electric SUVs over wheels that could detach while driving.

The Japanese automaker is warning owners not to drive their vehicles until the problem is fixed.

On Friday, Toyota said the cause was still under investigation, but the whole wheel could come off, risking a crash.

‘Until the remedy is available, no one should drive these vehicles,’ the company said in a statement.

Among the vehicles subject to the latest recall, about 2,200 were destined for Europe, 270 for North America, 112 for Japan, and 60 for the rest of Asia, according to Toyota.

The bZ4X vehicles produced between March and June, went on sale about two months ago and is a key model in Toyota’s plans to strengthen its electric lineup.

Toyota is planning to have 30 EV models by 2030, selling 3.5 million electric vehicles globally that year. Toyota is also investing 2 trillion yen ($17.6 billion) in battery research and development to achieve such goals.

The ‘bz’ in the recalled model’s name, as well as others in the works, stands for a ‘beyond zero’ series, including sport-utility vehicles of all sizes, pickup trucks and sportscars, according to Toyota.

The maker of the Prius hybrid and Lexus luxury models has been seen by some critics as a straggler in pushing electric vehicles, partly because it has been so bullish, and successful, in other green technology, such as hybrids and fuel cells, as well as efficient gas engines.

Demand for electric cars is expected to continue growing, especially with gas prices soaring recently, amid worries about inflation and the war in Ukraine.