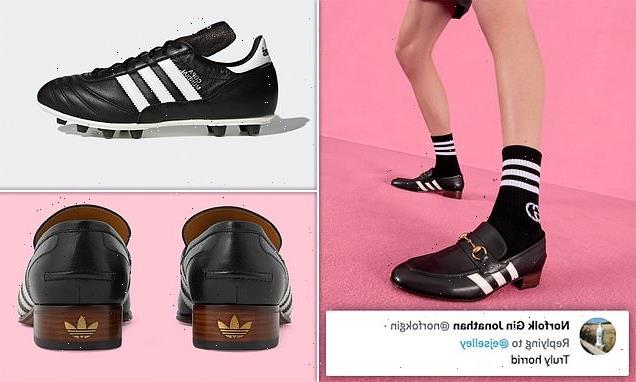 Adidas has been ridiculed after designing a pair of loafers that look like football boots – costing £785.

The sportswear giant teamed up with Italian fashion house Gucci to create the smart shoes, which some say look like Adidas’s Copa Mundial studded football boots.

The boots were worn on the pitch by legendary players such as David Beckham, Diego Maradona and Zinedine Zidane.

But, while the boots themselves are iconic, customers aren’t so sure about forking out for smart work shoes that pay tribute to them. 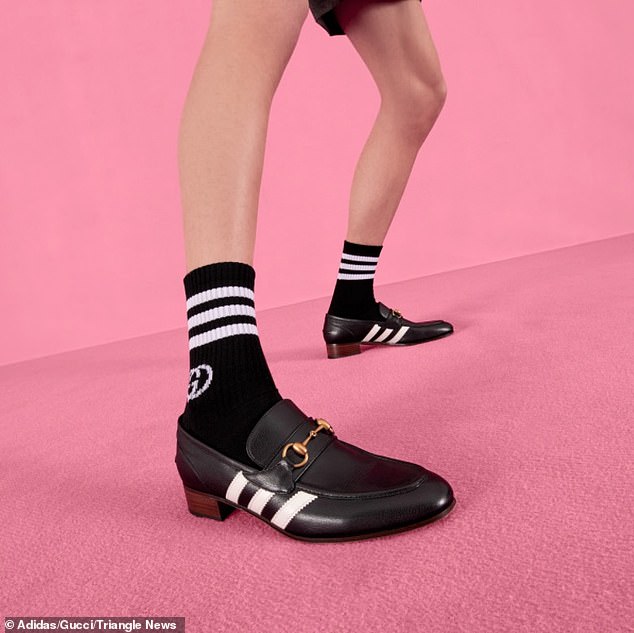 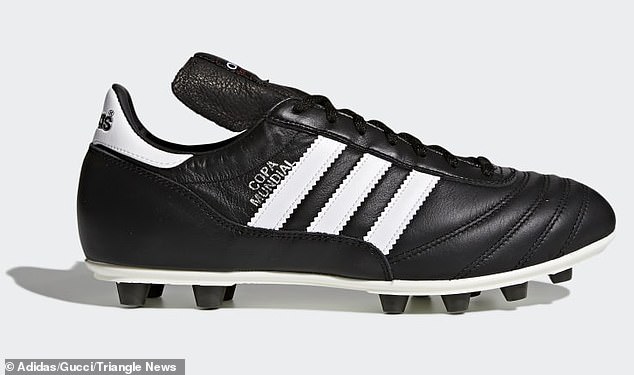 The loafers, which have been designed for men, have a very low heel and sport the Adidas logo in the heel and soles.

But they have the trademark Gucci green and red band across the top.

Shoppers were quick to poke fun at the unlikely combination and how it’s not quite what customers are after.

One person on Twitter quipped: ‘When you’ve got work at 9am and football training at 5pm.’

Another said: ‘The £785 Adidas Gucci loafer is the truly the most wondrously awful object that humanity has ever created.

‘It’s so gloriously free of the conventional constraints of taste that a richer, drunker me would probably own a pair.

Another joked: ‘I mean, its bonus next month and I’d be lying if I said I wasn’t tempted.’

The loafers, which retail at £785, mirror elements of the Copa Mundial boots while also retaining the trademark Gucci green and red stripe 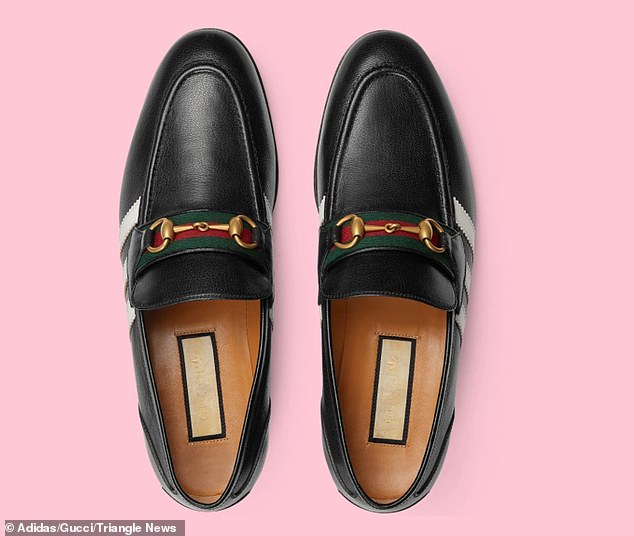 While most people branded the loafers ‘awful’, one potential customer admitted that, with a work bonus on the way, he was ‘tempted’ by them

Most people were dismayed by the collaboration with people suggesting the loafers were ‘wondrously awful’. One person even used a vomiting emoji to describe the shoes

One person summed up their thoughts about the shoes in two words and simply said: ‘Truly horrid.’

Another added: ‘Just shut up.’

The newly released Adidas x Gucci Men’s Loafer are part of a collaboration between the two brands.

The product description reads: ‘The collection sees both heritages encoded in a trio of lines, where Adidas and Gucci combine archival emblems.

‘Creative Director Alessandro Michele pulls inspiration from his memories of the ’80s and ’90s for a collection that is both nostalgia-driven and contemporary.

‘These men’s leather loafers have the Gucci Trefoil metal insert.’