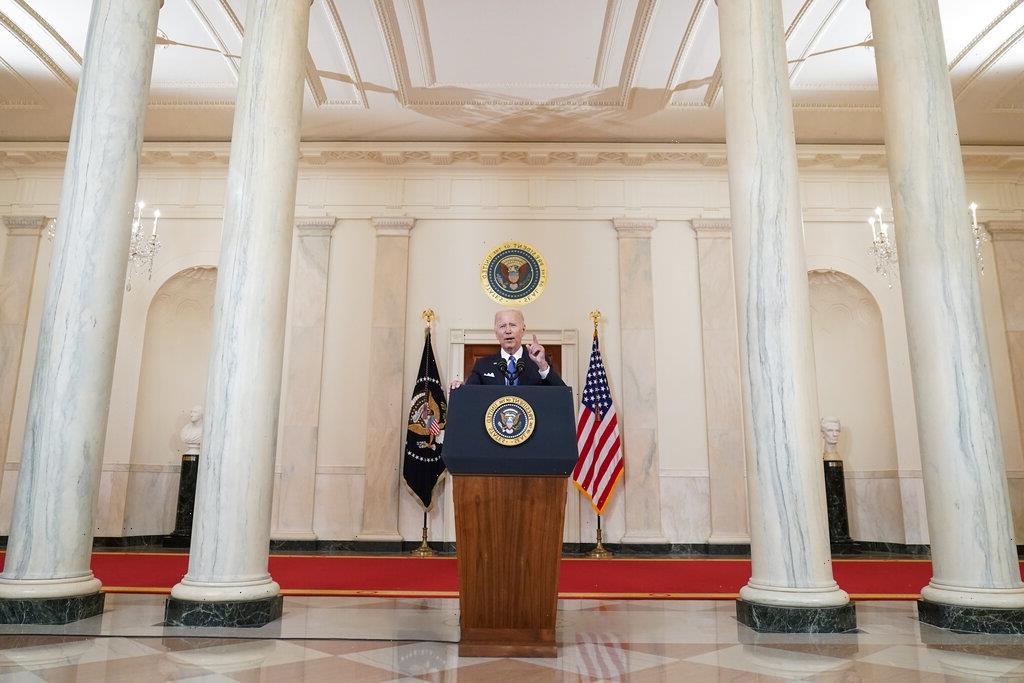 “Today, it is not hyperbole to suggest, is a very solemn moment,” said Joe Biden today in response to the Supreme Court’s conservative majority overturning abortion rights in America this morning.  “It’s a sad day for the court, and for the county,” the President added, calling the ruling “cruel. Speaking from the White House, Biden also noted the Court “didn’t limit” access to abortion, “they simply took it away.”

Covered live on CNN, Fox News, MSNBC, BBC World, ABC, NBC and CBS, the remarks by the self-described stunned President come mere hours after the Supreme Court on Friday tossed out the Roe v. Wade decision that has been the law of the land for nearly 50 years.

“Now with Roe gone, let’s be very clear, the health and life of women in this nation are now at risk,” the former Senate Judiciary Committee chair bluntly said. “I believe Roe v Wade was the correct decision, as a matter of constitutional law and application of a fundamental right to privacy and liberty in matters of family and personal autonomy,” Biden went on to say Friday, calling out “three justices named by one President, Donald Trump, were the core of today’s decision to upend the scales of justice and eliminate a fundamental right for women in this country.”

Currently holding a thin majority in the House of Representatives and with a tied Senate, Biden made a point in his 12-minute speech of stressing that an executive action by him could not re-establish abortion rights, despite the calls from many of his own supporters. While Biden did say he was directing the Department of Health and Human Services to ensure abortion drugs are made available “to the fullest extent possible,” it was his old home on Capitol Hill where the President felt real safeguards can be put in place. In that vein, the seasoned politician demanded that “Congress restore the protections of Roe v Wade as federal law.”

“With your vote you can act,” POTUS went on to say as control of Congress looks presently to be tipping towards the GOP in the upcoming midterms this November. “You can have the final word,” he noted to what is likely to be a galvanized centrist and progressive base. “This is not over.”

“This fall, Roe is on the ballot,” Biden exclaimed, vowing in the coming months to “do all in my power to protect a women’s right in states where they will face the consequences of today’s decision.”

“Make no mistake, this decision is a culmination of a deliberate effort over decades to upset the balance of our law,” Biden passionately stated. Never naming the Republican Party outright, the President also emphasized the “extreme ideology” behind what he called a “tragic error” to take an unprecedented move to “expressly take away a Constitutional right that is so fundamental to so many Americans.”

As Senators like Susan Collins (R-Maine) and Joe Manchin (D-W.Va.) wring their hands this morning over voting for Trump appointees Neil Gorsuch and Brett Kavanaugh to join the Supreme Court, conservatives in Congress and state legislatures are celebrating.

With two dozen states about to ban abortion all together almost immediately, the opinion by the 6-3 conservative SCOTUS majority also explosively discarded most of the notion of precedent that has served as a standard for judicial decisions in America. As ruefully noted by Biden in his remarks, Justice Clarence Thomas in a chilling concurring opinion to today’s expected decision wrote that SCOTUS and the nation “should reconsider” past rulings that codified rights to contraception access, same-sex relationships and same-sex marriage.”

Made public this morning just after 7:10 a.m. PT, today’s opinion penned by Justice Samuel Alito is almost identical in language and tone to the draft that was dramatically leaked back in May.

In a deeply divided nation where some are watching the horrors being unveiled by January 6 committee hearing and partisan rancor is at a near deafening volume, President Biden on Friday also urged Americans across the spectrum to make their own opinions known peacefully and respectfully. “Violence is never acceptable,” cautioned the Democrat

Netflix Axes Another 300 Staff, Taking Total Layoffs To More Than 450