Carol Vorderman and Gyles Brandreth were just two of the famous faces who got to binge on the week’s biggest and best television on Celebrity Gogglebox, with the likes of Rylan, Fred Siriex, Lorraine Kelly, Gok Wan, Fearne Cotton and Mo Gilligan also on the Channel 4 show. And just moments into her appearance, co-star Gyles couldn’t resist a cheeky joke about her time on the channel’s long-running quiz show, Countdown.

Carol was a familiar face on Countdown for over a quarter of a century, providing her mathematical expertise from 1982 to 2008.

The maths whizz, along with Dictionary Corner favourite Susie Dent, fronted the show with Richard Whiteley prior to his death in 2005.

Des Lynam and Des O’Connor presented alongside Carol up until 2008 when she left and was replaced by Rachel Riley.

14 years on, Carol was back on Channel 4 and as she handed kitchen roll to Gyles during their appearance, the This Morning regular couldn’t resist teasing her. 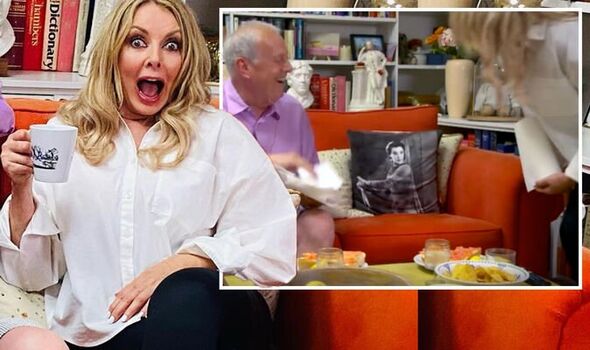 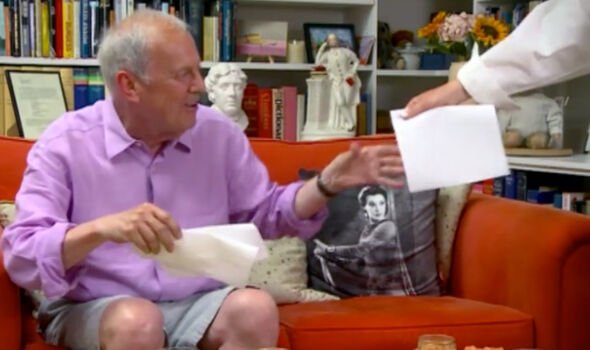 “Thanks, darling,” Gyles said as Carol handed him a sheet before she tore off another one.

“Another one?” Carol asked as Gyles shot a smile her way and replied: “Yup.”

“Another one?” Carol asked again but Gyles refused before chuckling away to himself and spotting the chance for a joke.

“A consonant? Consonant…” Gyles joked as Carol burst into laughter and continued to hand him the kitchen roll. 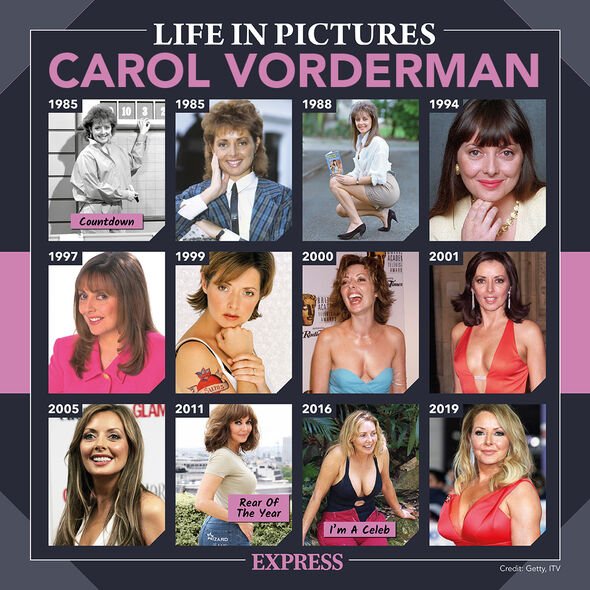 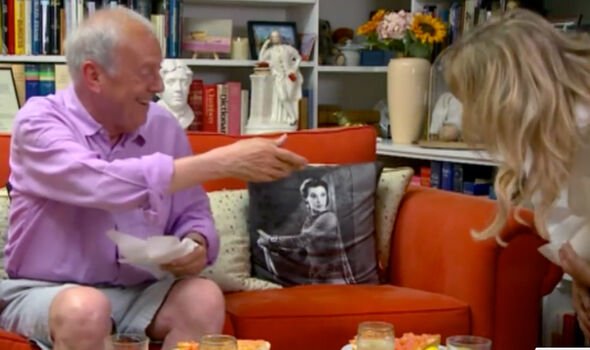 “Vowel,” Gyles quipped as Carol continued to chuckle away at her co-star’s jibes.

And keeping the Countdown jokes going before the cameras cut away, Gyles added: “Three from the top, Carol.”

Carol clearly saw the funny side of Gyles’ teasing as the pair sat down to watch the likes of Love Island and The Bridge.

Meanwhile, it didn’t take long for fans of Celebrity Gogglebox to react to seeing Carol back on Channel 4.

On Twitter, Carl Adams crypticallysuggested: “Now who’s ready for the 40th Anniversary of @Channel4 and #Countdown later this year?”

And @JAJ_jj was left in disbelief: “Carol Vauderman on #gogglebox. My goodness I didn’t recognize her.”

Carol had already got excitement levels rising about her appearance via an Instagram announcement confirming her stint.

“CELEBRITY GOGGLEBOX…So I’m making my debut this Friday 9pm on one of my favourite shows of all time and joining the @c4gogglebox gang….with my friend of 40 years @gylesbrandreth….” Carol penned.

She then teased: “Watch this week and let me know if you agree….

“We’re a bit vocal….no holds barred,” she added, followed by a series of laughing emojis.