The Duchess of Cambridge’s father Michael Middleton celebrates his 73rd birthday on Thursday, and while he’s likely to mark the event privately, we’re sure his children will all be in touch on his special day.

The businessman has a strong bond with his three children and here at HELLO! we thought we’d take a look at his sweetest moments with his children, Kate, Pippa and James.

Flight dispatcher Michael met wife Carole while she was working as a flight attendant for British Airways. The pair celebrated their 42nd wedding anniversary on 21 June – which falls on the same day as their son-in-law Prince William‘s birthday.

The couple married in Buckinghamshire in 1980 and welcomed their first child Catherine in 1982, followed by Pippa in 1983 and youngest child and only son, James, in 1987. 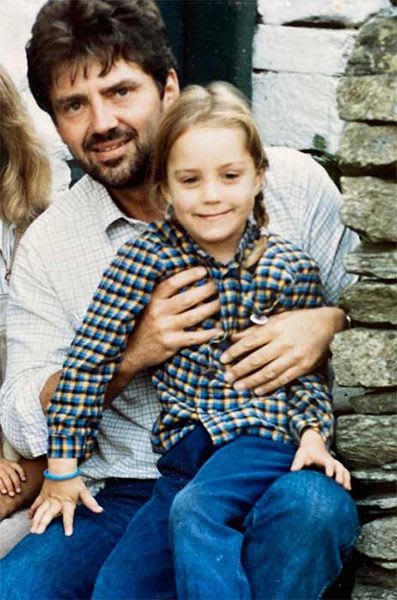 Kate shared a sweet childhood snap with her father on Kensington Royal’s social media accounts on Father’s Day 2020. The future Duchess sits on Michael’s lap with the pair both dressed in checked shirts and jeans. 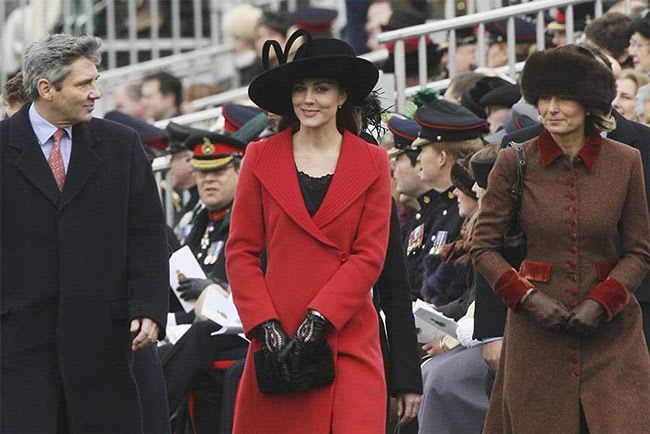 Michael and Carole accompanied their daughter Kate as they proudly watched Prince William’s passing out-parade as he graduated from Sandhurst military academy in December 2006.

MORE: 10 best photos of Prince William and Kate Middleton from their dating years 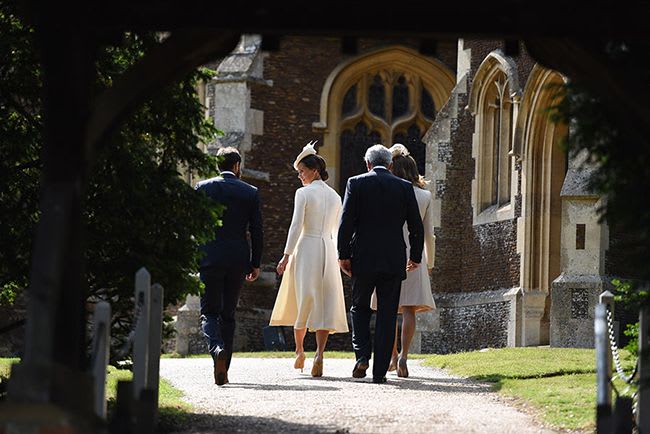 Photographers caught this sweet image of the Middleton family walking into St Mary Magdalene church on the Sandringham estate for Princess Charlotte’s christening in July 2015. Doting dad Michael walked behind his wife, Carole, and youngest children, Pippa and James.

MORE: 5 photos that show Prince William’s close bond with his in-laws the Middletons

Ahead of Prince William and Kate’s royal wedding in April 2011, the Middletons released a few family photos. Michael is pictured with his daughters Kate and Pippa in Jordan, where the family lived for around three years from 1984.

Michael looked like the proudest father in the world when he walked his eldest daughter Kate down the aisle on her wedding day on 29 April 2011. The pair arrived to huge cheers from the crowds who had gathered outside Westminster Abbey in London to catch a glimpse of the royal bride.

Photographers captured this sweet moment between the bride and groom and the father of the bride, as Michael gave Kate away at the altar on her wedding day. 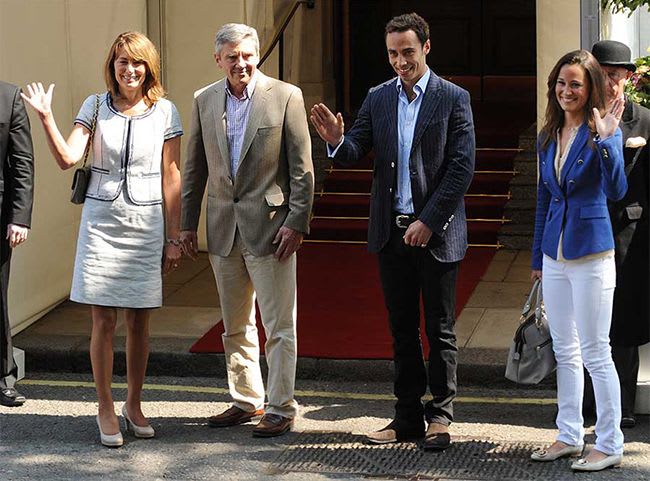 The Middletons stayed at the Goring Hotel on the night of the royal wedding and Michael happily waved to photographers as he and wife Carole and their youngest children, Pippa and James, left the luxury hotel. 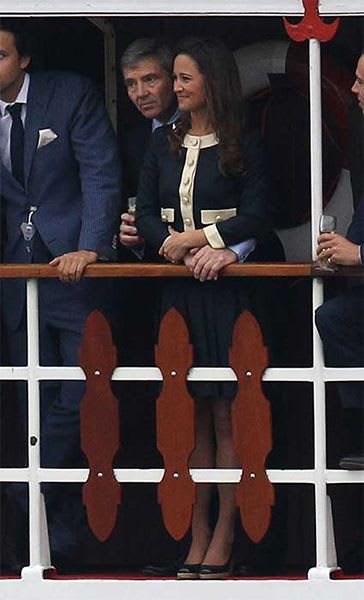 This sweet moment between Michael and middle child Pippa was captured at the Queen’s Diamond Jubilee celebrations. The Middletons joined several members of the royal family aboard the Elizabethan, during the river pageant to celebrate the Queen’s 60-year reign.

Michael, Pippa and James looked like they were enjoying themselves, as they grinned and waved during the Jubilee celebrations. 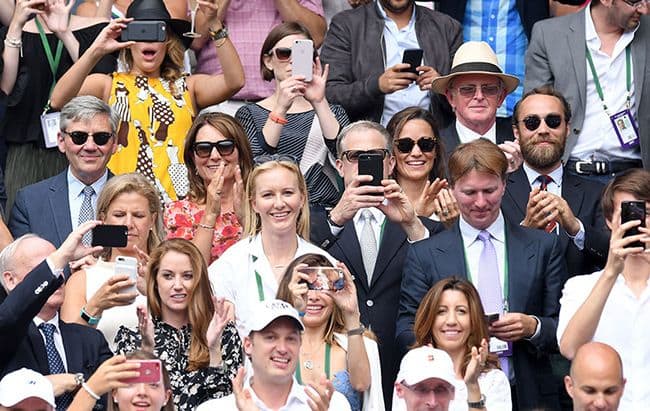 Carole and Michael both share a close bond with their children and often attend events together. Pippa and James joined their parents at Wimbledon 2017 and it looked like a fun family day out. 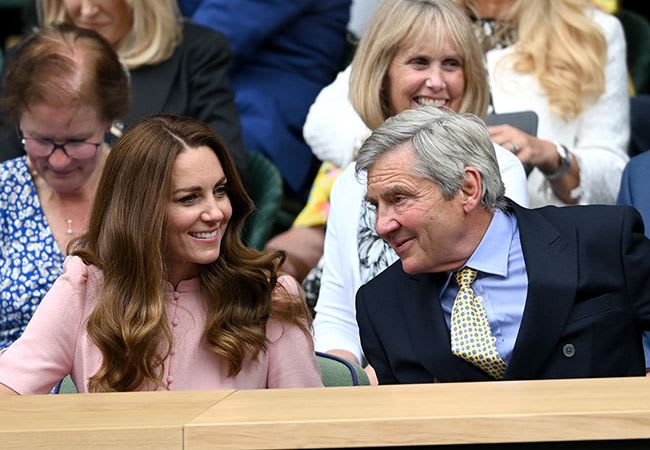 Kate also enjoyed a father-daughter day with Michael at Wimbledon 2021, where they watched the men’s wheelchair singles, as well as the men’s singles final on Centre Court.

The pair shared a fun moment on the day as they launched into a crowd wave on court three during Gordon Reid and Joachim Gerard’s match. 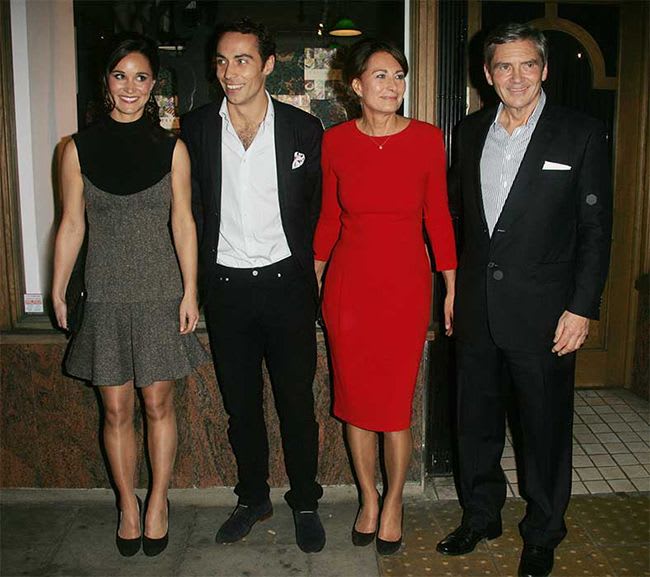 Michael and Carole turned out to support Pippa at the launch of her book Celebrate in 2012, along with their son James. 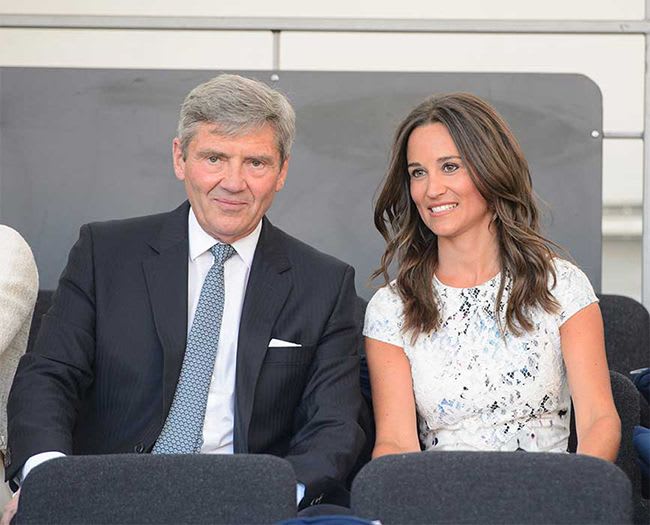 Michael and Pippa were spotted deep in conversation at the Coronation Festival Gala 2013 at Buckingham Palace. Father and daughter often attend Wimbledon together as well.

Another proud dad moment for Michael as he walked his youngest daughter Pippa down the aisle on her wedding day to hedge fund manager James Middleton in Bucklebury in May 2017.

Father and son looked dapper in suits as they joined the royals for a church service in Sandringham around Christmas time in 2017. 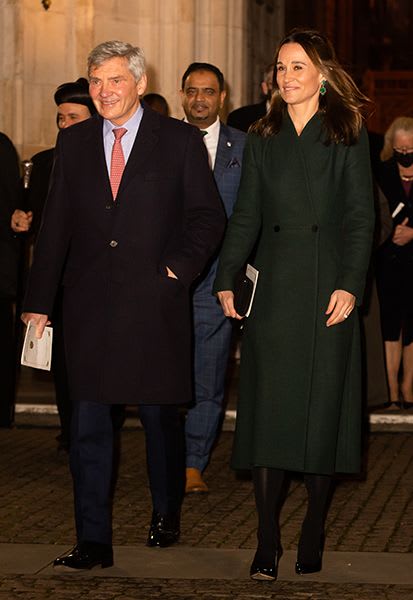 Michael was all smiles as he and Pippa left Kate’s Carol Concert, which was held in the run-up to Christmas in 2021.