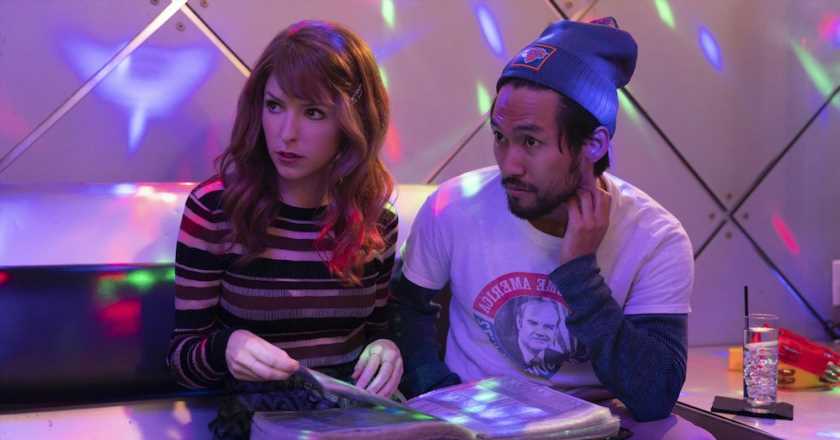 Love new TV but worried you’re missing out on past releases? To make it even easier to decide what to watch next, we’re tracking all the unexpectedly brilliant TV shows, movies and documentaries that are trending on Netflix UK every month.

Remember the days when choosing what to watch was as simple as either marking the weekly guide in red pen or happily complying with whatever was airing on TV? Ah, the blissful freedom of limited choice.

These days, entertainment is a whole different ballgame. Between all the brilliant streaming options on Netflix, Disney+, Apple TV+, Now, Amazon Prime and Paramount+ (launching this week, in case you hadn’t heard) as well as our beloved terrestrial channels, it’s little wonder we’re all facing decision fatigue.

It’s only to be expected, then, that certain screen gems fall through the cracks. While we’re hoovering up all the new additions on Netflix such as The Lincoln Lawyer, First Kill, Stranger Things, Hustle, Interceptor, Halftime, Web Of Make Believe and God’s Favourite Idiot, it can be hard to gauge what else we should be keeping an eye on.

That’s why, in addition to our monthly round-ups and weekend watchlists, we’re tracking the brilliant content in the Netflix library that’s resonating with viewers in the UK right now. We’re talking prestige TV, scandalous documentaries, classic films and everything in-between – if it’s getting views, you’ll find it on this list.

With that in mind, let’s take a look at what’s trending on Netflix this week.

In 2019, Rami Malek made waves with his portrayal of Freddie Mercury, the charismatic frontman of the British rock band Queen in the award-winning biopic Bohemian Rhapsody.

The film traces the meteoric rise of the band through their iconic songs and revolutionary sound, as well as Mercury’s personal battles, including his struggle with his sexuality and drug and alcohol use. Malek took voice, movement, piano and guitar lessons for months in his quest to create an authentic performance, and the hard work paid off when he scooped the Oscar for Best Actor at the 91st Academy Awards.

You Don’t Know Me

Based on the bestselling 2017 crime novel of the same name by criminal defence barrister Imran Mahmood, the Bafta-nominated BBC legal drama You Don’t Know Me follows the story of Hero (Samuel Adewunmi), a young man from south London, who stands in the dock accused of murder.

With overwhelming evidence pointing towards his guilt, Hero decides he wants to tell his own story rather than the version that his barrister has prepared. It is about the woman he loves, Kyra (Sophie Wilde), who got into terrible trouble and how he risked everything to save her. Hero swears he’s innocent, but in the end, all that matters is this: do you believe him?

Murder Among The Mormons

The three-part docuseries examines a trio of bombings in 1985 that became one of the most shocking crimes to have ever taken place among the Mormon community. The murders sent further shockwaves through the community when a trove of early Mormon letters and diaries were found destroyed in the vehicle of the third victim, a renowned collector of rare documents, including the infamous White Salamander Letter — an artefact whose contents threatened to shake the very foundations of Mormonism. As he fights for his life, investigators race to uncover the truth.

The Deep End Of The Ocean

We’re going back to the 90s for this one, folks. Based on the bestselling novel by Jacquelyn Mitchard, this masterful thriller follows a desperate mother, Beth Cappadora (Michelle Pfeiffer), who slowly descends into a deep depression after her three-year-old son, Ben, vanishes in Chicago.

Relocating to Chicago several years later, Beth and her family are shocked to discover a local boy named Sam (Ryan Merriman) who looks strikingly similar to Ben. Along with detective Candy Bliss (Whoopi Goldberg), the family must relive their trauma and find out the truth about Sam.

Heralded as “TV’s best ever depiction of romance” by The Guardian, anthology series Love Life chronicles the romantic escapades of a diverse bunch of New Yorkers. The first series, which is available to stream now, centres on Darby Carter’s (played by Anna Kendrick) quest to find love in the Big Apple in all its gloriously different forms. From first heartbreaks and lasting loves to bad dates and best friends who carry us through thick and thin, the show will go down a treat with anyone who’s partial to stories about the flawed, messy business of being human.