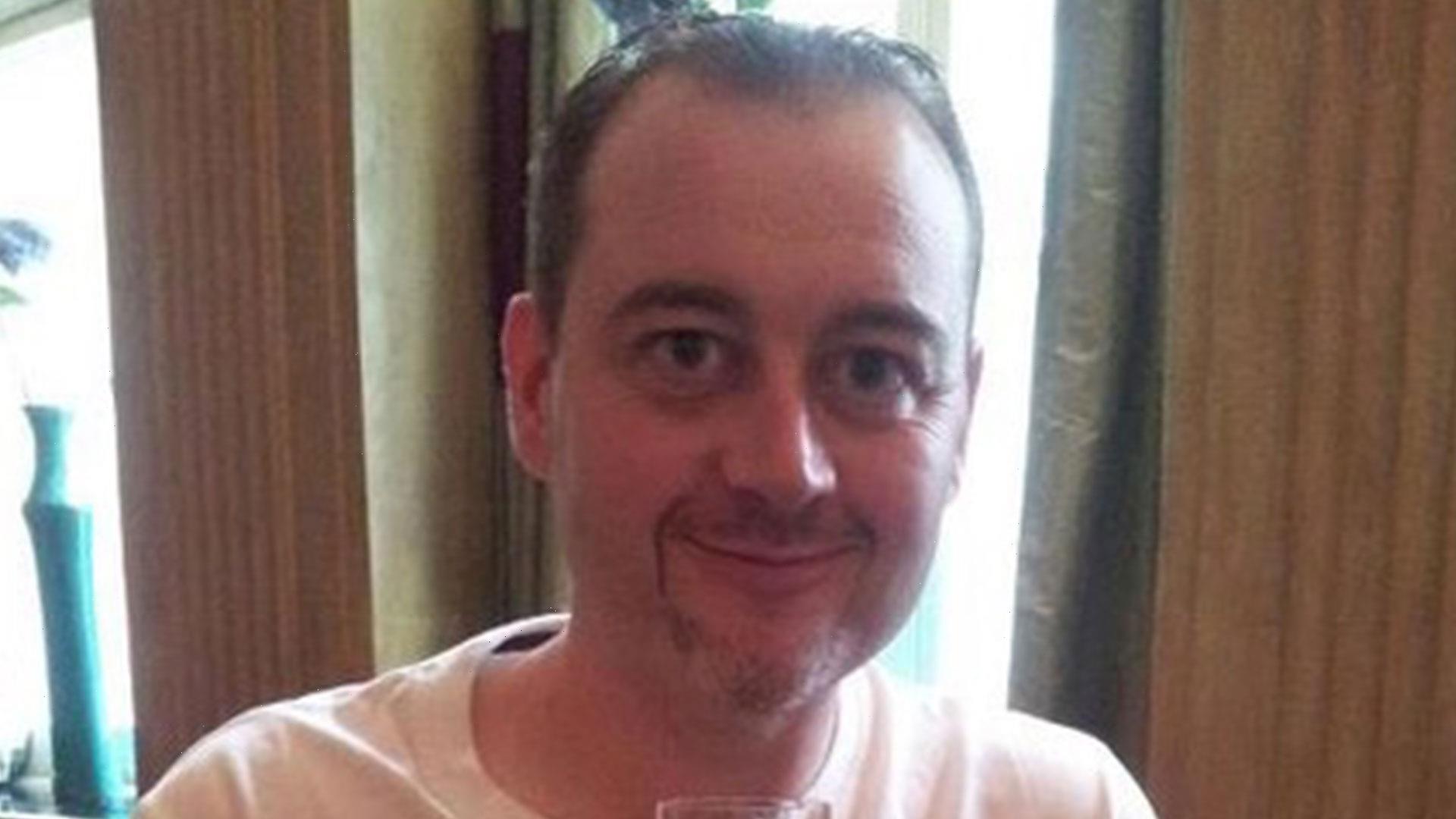 A THRIFTY dad who saved £10,000 over two years by cutting down grocery expenses has revealed he managed to haggle down his TV and phone bills by £1,100 – all while on his lunch break.

Al Baker, 48, from Aldershot, Hampshire, made headlines after sharing how he lived on yellow sticker bargains after his £300,000 debt forced him into bankruptcy. 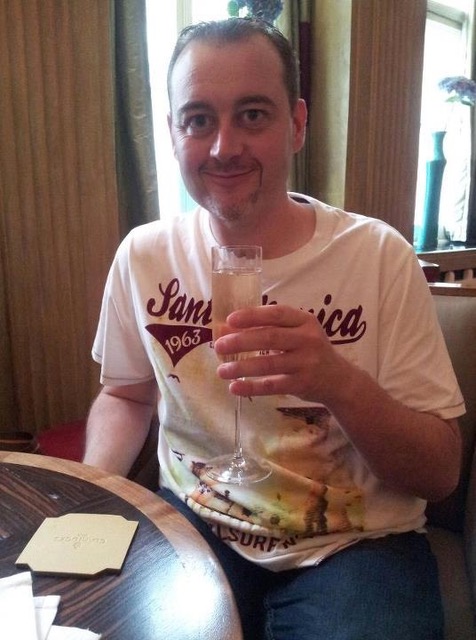 Now, the dad-of-two has shared his latest bill-slashing win – which he managed to do on his hour-long lunch break at work.

Al said: “With all the price rises kicking in from the 1st of April, I really needed to cut back on some of our monthly expenses, as frankly, I'm concerned about our ability to stay in the black once all the new bills hit our bank account.

“I planned to look at three of our most significant expenses and see if we could reduce the costs somehow.”

He started by tackling his television bills, with his SkyTV bill clocking in at £102.99 a month. 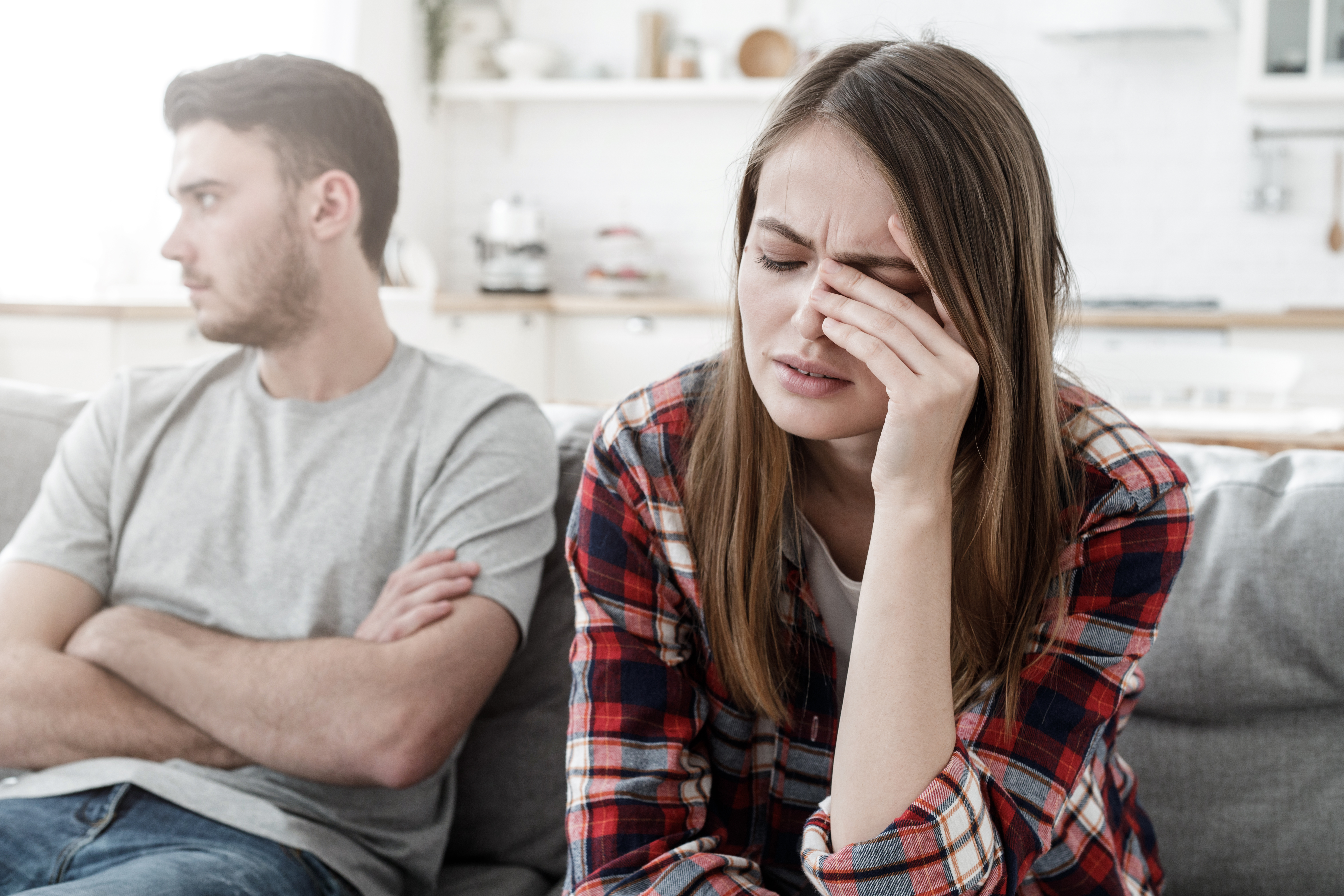 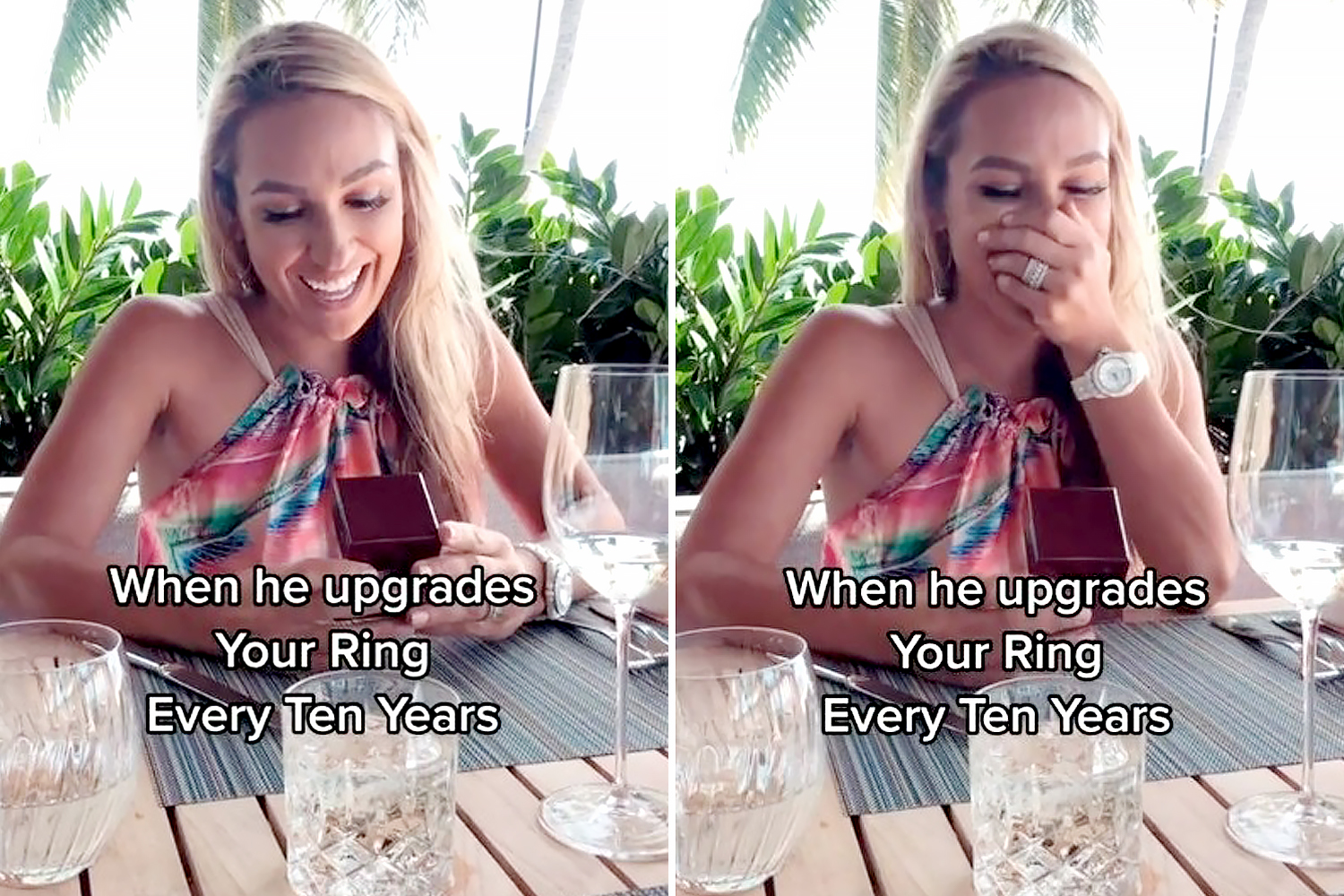 My husband upgrades my engagement ring every 10 years

He said: “The plan was to speak to Sky and see what they could do, but first I needed a plan – and that was to find the best deal I could from a rival TV supplier and get Sky to match it.

“After a quick Google, I found a Virgin deal for £62 a month, which would, more or less, get me the same services as we had with Sky, which was great ammunition.”

He called Sky on his lunch break and was offered a reduced rate of £85 a month, but Al continued to barter and eventually he got the cost down to almost match the rival Virgin deal at £67.50 – with Netflix included, saving a further £15.99.

Sky also offered him a SIM card deal as part of the process, which he wouldn’t need to pay anything on unless it was activated.

Next, he tackled his phone bill with 02, where he still had £80 to pay off on his mobile.

He opted to pay off the remainder while on the phone with an assistant, and then haggled with them to get a SIM-only deal – much like the one Sky had offered.

Al said: “I explained that I was now looking to reduce my current £34.90 a month tariff and go with a SIM-only deal, and that I had been offered a Sky deal of £12 for 20Gb of data deal.

“[I said that] if they could match it, I would stick with O2. I was told they didn't have that deal and offered me a £15 deal for 15GB of data, so I asked to be put through to disconnections.”

The disconnections representative offered a deal for 15GB of data for £10, but Al pushed back and said he wanted 20GB and within seconds claims he was offered £30GB for £10.

“If only ever lunch break could be so productive!”

Al, who shares money saving tips on his blog The Penny Pincher, previously shared how he came to be in such a large debt – and how he is chipping away at it.

The dad-of-two ran a successful food import company selling American goods in the UK and led a “comfortable” life up until import rules changes in 2014.

“Life was pretty good – I had a nice car, money in my pocket, owned a house and had nice holidays,” Al told NeedToKnow.online.

“The rule changes meant we could no longer bring in our most popular rangers in the future so our revenue dropped by about 80% and the business became insolvent.

“As I had personal guarantees, I became liable for £300,000 for a large percentage of the debt.

“Although I did my best to keep up with payments for the debts, I was in a position where I was unable to pay so I had to make myself bankrupt.”

If only ever lunch break could be so productive!

Al was “barely scraping by” after selling his home and moving into a rental costing £1,500 per month.

He said: “Somehow we managed, but it was insanely stressful and challenging.

“We lived mainly on yellow sticker bargains found at our convenience store and side hustling to try and save, and make every penny we could.”

Luckily, a family friend let them rent her house which allowed them to cut £400 a month and have cheaper bills.

Meanwhile, Al got a job setting up an e-commerce platform for a local company – who he still works for – and their finances improved enough to cover their rent with less worry.

The food bargains were an integral part of his cost-cutting plan, with Al snapping up yellow sticker foods like salmon fillets reduced from £6 to 62p, hauls of fruit costing pennies and huge meat joints for a fraction of the price.

Al said: “We were able to survive due to savvy shopping and had £3-£4 a day budget for food and shopping – which the yellow sticker buying made possible, otherwise we’d have had no chance.

“I suspect I saved around £10,000 over the most important two years when our finances were at their worst.” 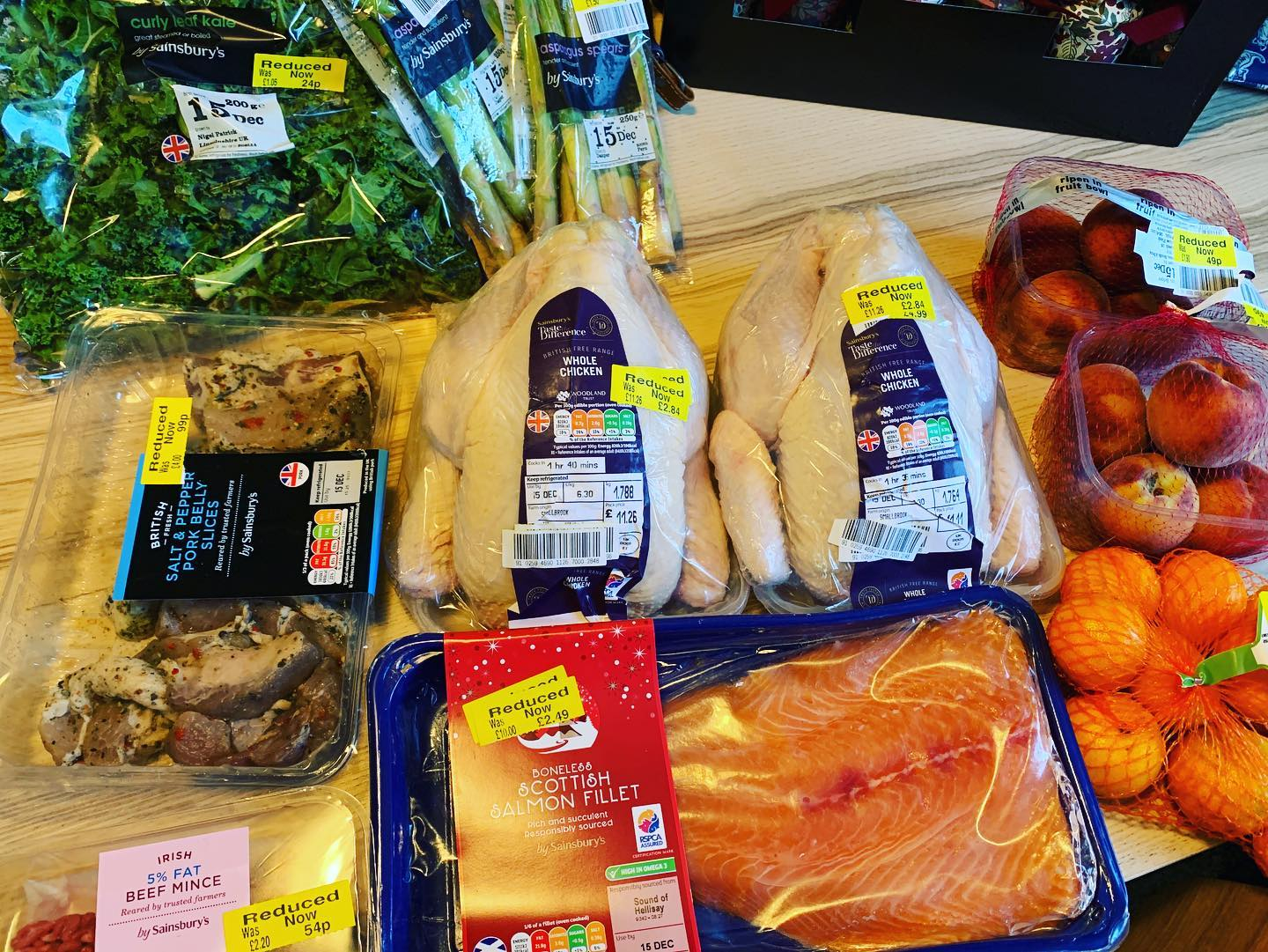 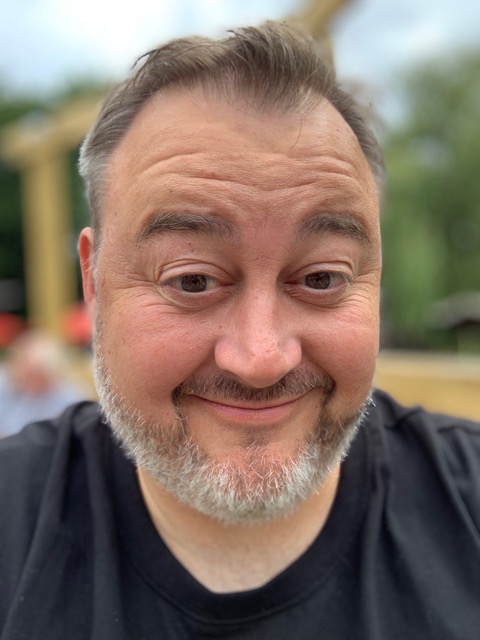