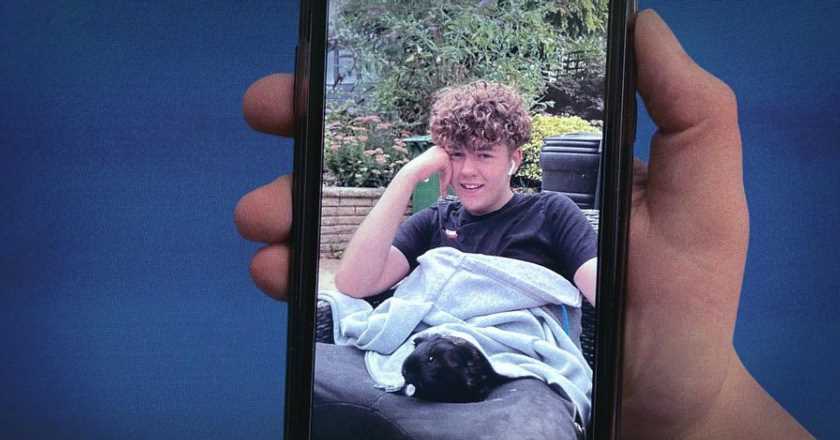 Panorama – A Social Media Murder: Olly’s Story aired last night on BBC One and with it came an outpouring of sympathy and distress from viewers. Here’s why it’s such an important watch.

In the world of Panorama, we know to expect powerful one-off special episodes that leave you thinking – or in a research wormhole – long after watching.

They cover current affairs and topics that many of us think about each day but last night’s (Monday 20 June) episode explored a shocking case of murder that will resonate with anyone who uses social media.

A Social Media Murder: Olly’s Story explored the case of thirteen-year-old Olly Stephens who left home for the final time on a Sunday afternoon in January 2021. He had told his parents he was meeting a friend nearby but just fifteen minutes later, he was murdered.

It was later discovered that Olly had been lured out by a teenage girl and stabbed to death by two teenage boys she had met online. The entire attack was planned on social media and was initially triggered by a dispute in a group chat.

The Panorama episode explores the impact of Olly’s murder on his parents Amanda and Stuart. Panorama reporter Marianna Spring investigates the violent and disturbing world their son had been exposed to online and follows their campaign for tighter regulations on harmful content.

The Twitter abuse of Love Island presenter Laura Whitmore begs the question – whatever happened to “be kind”?

The topic of online abuse, bullying and harassment is more pertinent than ever now – celebrities, TV presenters and notable figures in business have commented on the need to be kinder online and the drastic consequences that can follow from periods of such abuse.

Hearing the accounts of his parents recount seeing Olly’s body on the field where he was attacked makes for chilling viewing, as does the last footage of him leaving his home, caught on his neighbour’s doorbell camera.

As his mother Amanda says, Olly was wrapped up in a parallel reality of social media: “It’s a world we had no idea existed.”

His father Stuart reflects on the teenage attackers and says: “They hunted him, tracked him through social media … and without it, he’d still be here.”

It’s only through an investigation into the young people of the area’s phones that the police were able to get a better insight into the online world that Olly was exposed to.

Photos of people holding knives and wearing balaclavas are posted on Instagram to promote the “gangster” image, one of the investigating officers says.

Speaking to data engineer Frances Haugen, Stuart underlines how important it is to understand this online world that many parents aren’t privy to: “We believe other parents need to know what we’ve been through. They are open and exposed to so much that is so bad and you have no idea it’s happening under your roof.”

While the documentary does a stellar job of laying out the facts behind algorithms and social media groups, it also outlines the growing fascination between some young people and online content on knives and weapons. Instagram and Snapchat are two of the social media sites that dominated the investigation’s evidence but it’s an unfortunate case of needing more to be done legislation-wise.

The Online Safety Bill is emphasised but the urgency for needing social media sites to sanction users and platforms for online abuse still remains. If anything, the documentary outlines how more needs to be done to protect us all when it comes to online abuse. As Stuart concludes: “Social media’s not guilty of the murder but without it, he’d still be here.”

And viewers were full of sympathy after watching the poignant documentary:

Many reflected on their own teenage experiences of bullying and spoke of their fear at growing up n a social media-fueled age now:

Others underlined how important the Panorama episode was for all – but especially parents and teachers:

But most of all, Olly’s tragic story left many viewers with a heavy heart for his family and friends: