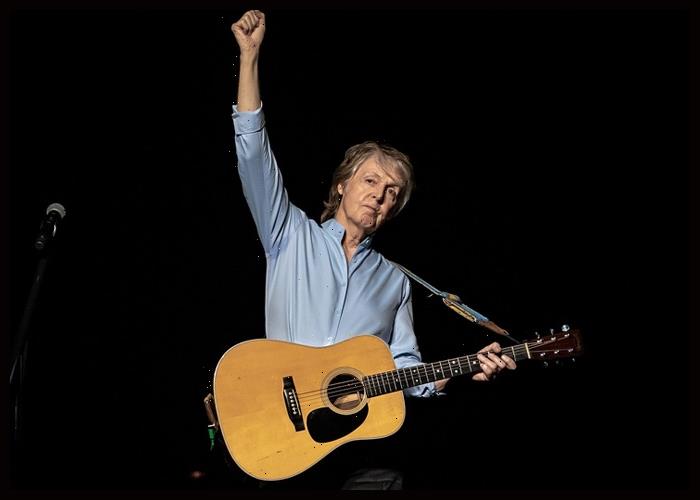 A little past midnight, McCartney said, “We got a special surprise for you. A friend of mine, he’s a local boy. I think you guessed it! I said you got to come and sing with us!”

“Here’s to 80 more years of glory days!” Springsteen said as he went onstage.

Springsteen performed his ’80s hit “Glory Days” with McCartney, and The Beatles‘ “I Wanna Be Your Man.”

Jon Bon Jovi appeared on stage to sing “Happy Birthday” to his friend McCartney. The Boss later returned to play guitar on “The End,” the Abbey Road classic and the 39th song on the night to end McCartney’s Got Back North American tour.