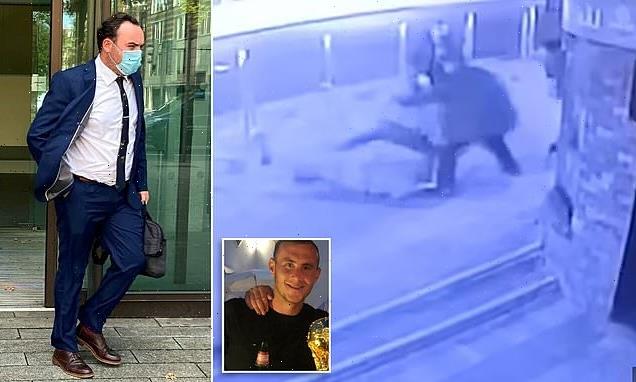 Met Police officer, 28, who was found guilty of assault during brawl outside Wetherspoons which saw his colleague hit drinker over head with baton loses appeal against his conviction 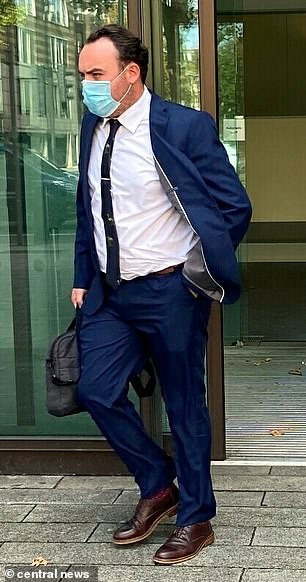 Pc Archie Payne, 27, was convicted of assaulting Scott Rooney, 26, after he told a court how he was grabbed by the throat and thrown to the ground

A police officer who assaulted a man outside a Wetherspoons while on duty has had his appeal thrown out.

Pc Archie Payne, 28, was convicted of common assault after he grabbed Scott Rooney, 27, by the throat and threw him to the ground.

He has since left the force and now works as a railway driver.

His Met colleague Pc Jack Wood, 27, was found guilty of assaulting Mr Rooney’s friend, Jake Smith, 26, who suffered a gaping gash to his skull in Romford, Essex on 5 January 2020.

Mr Rooney, a railway engineer, had told a court how he was attacked after he tried to take a picture of PC Wood and his officer number outside the Worlds Inn.

Body worn footage showed Payne grabbing Mr Rooney’s throat, pushing him to the wall and lying on top of him.

Mr Rooney had touched Pc Wood’s jacket lapel to which Payne told him ‘there’s no need to touch him’.

Payne is then heard saying ‘tell you what mate, we’ll deal with you’ as he takes Mr Rooney to the ground.

Pc Wood, based at Romford Police Station, denied but was convicted of assault occasioning actual bodily harm against Mr Scott and assault by beating against Mr Rooney following a trial at City of London Magistrates’ Court last year.

Payne denied the charge but was convicted of common assault against Mr Rooney. He was ordered to pay a total of £1,632 in compensation and court costs last June.

Payne appealed against his conviction but his appeal was thrown out at Southwark Crown Court.

The judge, Mr Recorder Ben Douglas-Jones, QC, said: ‘Mr Rooney was calm and not disorderly throughout. He was seeking evidence and information from the officers.

‘We are sure that Mr Rooney asked for permission to take the photograph. His hands were behind his back demonstrating that he was not threatening.

‘He came back and wanted to gather information and did that in an orderly manner.

‘Pc Payne acted violently and there was no basis for doing so.

‘There was no basis for an arrest and no reason, rightly or wrongly, to arrest [Mr Rooney]. 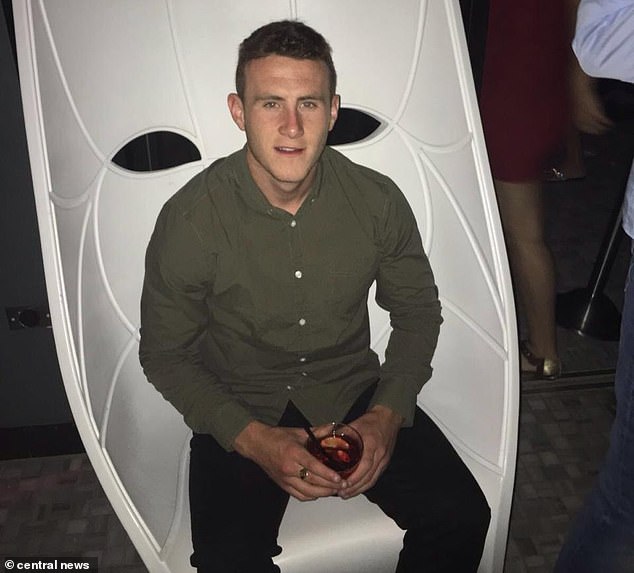 Mr Rooney, a railway engineer, said he was the victim of an unprovoked onslaught after trying to take a picture of Pc Wood and his officer number

‘[Pc Payne] caused a violent episode that was completely unnecessary.’

Ms Nicola Shannon, prosecuting, asked Payne: ‘Did you really think laying hands on Mr Rooney at that time was going to help?’

Payne replied: ‘In that scenario I was trying to control Mr Rooney the whole time. At that moment of time I have no idea what was going on behind me.’

Ms Shannon said: ‘I suggest that that was not a lawful arrest. You simply lost your temper; you lost your patience.’ 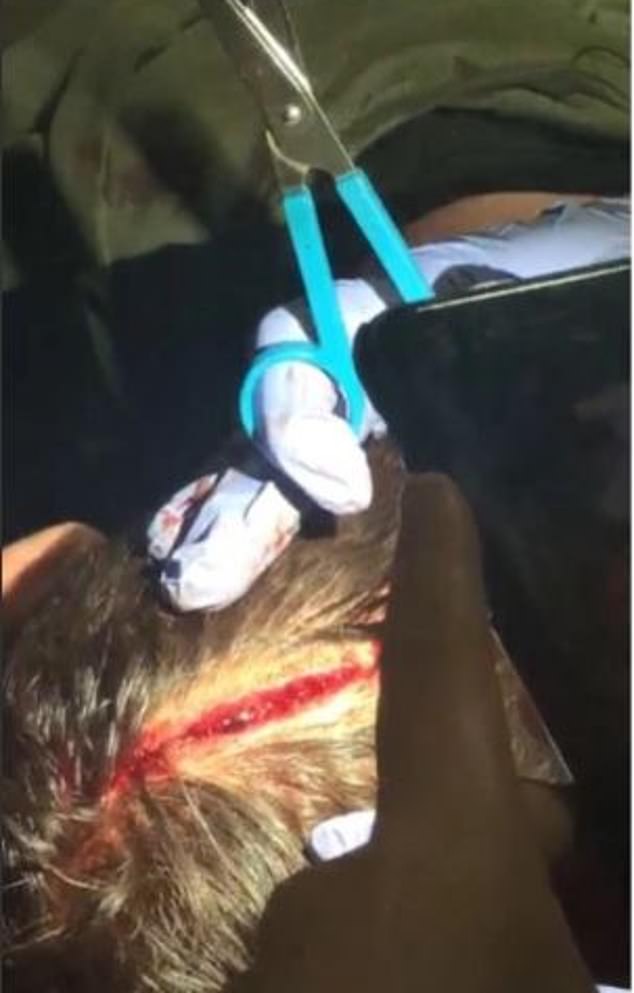 She said Payne’s attempt to arrest Mr Rooney for being drunk and disorderly was to silence Mr Rooney and cover up any complaint he might have made.

She told Payne: ‘You assaulted Mr Rooney that evening and it was not a lawful arrest.’

Payne said he had felt Mr Rooney tense up before he took him to the ground and he was concerned that Pc Wood did not know how volatile he really was.

He said during his police training he was taught to use his surroundings to prevent someone swinging a punch so took Mr Rooney to the floor to prevent him from manoeuvring.

The judge added: ‘We find the appellant guilty and in those circumstances the appeal is dismissed.’