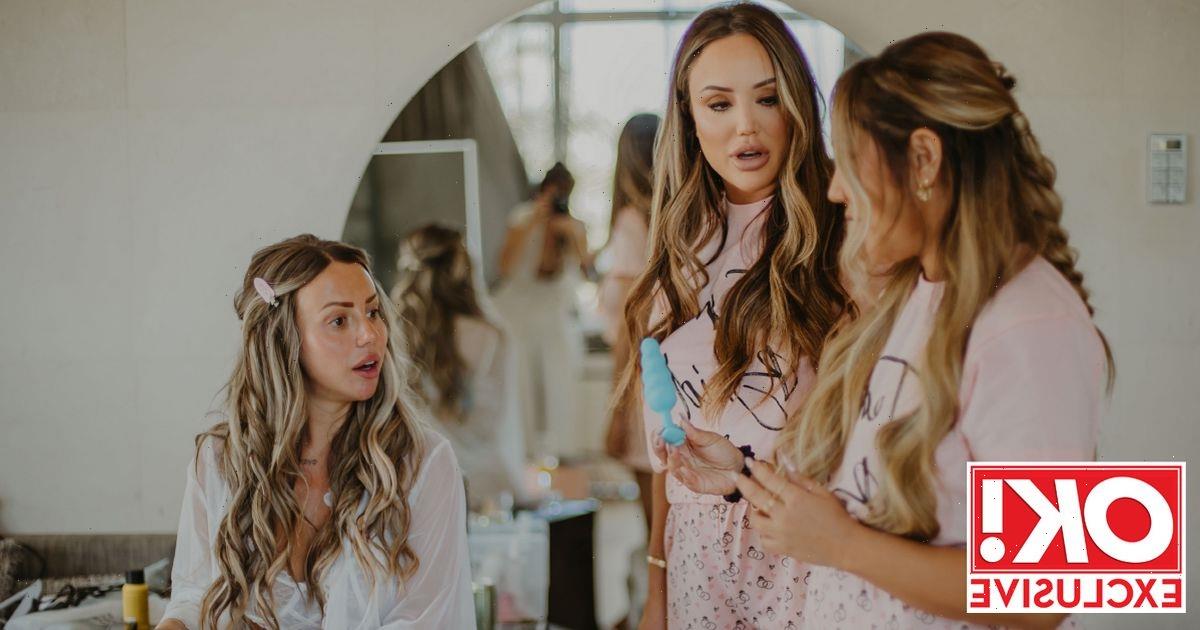 The morning of Holly Hagan's beautiful Ibiza wedding to Jacob Blyth was clearly memorable, with footballer Jacob, 29, confessing that he cried for the first time in 10 years.

But as we look through the pictures of their special day, we also see Holly's bridesmaid Charlotte Crosby, 32, holding a blue X-rated gift she and Sophie Kasaei, also 32, gave to their friend before walking down the aisle.

"It was a unicorn butt plug!" Geordie Shore favourite Holly, 29, told us. "And there’s a secret compartment with a unicorn tail that sticks to the end of it."

She added: "We’ve definitely not tried it out yet. It looks quite big and scary to be honest."

Holly went on to joke: "If anyone was going to get me a unicorn butt plug it was going to be Charlotte and Sophie, wasn’t it?"

Going into detail about her friendship with Charlotte and Sophie, Holly told us she now sees them as her sisters after first becoming friends on Geordie Shore.

"I’ve shared my whole journey with Charlotte and Sophie and they’ve become more like sisters – but we’re all so different, we dress differently our attitudes are different," she shared.

"It’s like a sibling, you don’t always have the same views on things, but you’re so close and nothing will take away that bond – and that’s how I feel about those two girls."

As the couple opened up about their big day, Jacob said: "I haven’t cried for 10 years – and in the morning I was getting texts from my mum, dad and sister saying, 'We’re so proud of you – we can’t wait for later on' and I was welling up."

Jacob also revealed he "broke down" when he saw Holly in her wedding dress for the first time.

"I got told to turn around, so I had my back to her and then the photographer gave me a cue," he recalled. "I watched the bridesmaids come down and I saw my sister walk down and that made me well up."

He explained: "Then I turned back around and This Year’s Love by David Gray was playing and I heard this big gasp, which meant the bride was coming.

"I turned around and I just broke down – I’ve never experienced that feeling before. It was definitely the best day of my life."

Holly added: "Bearing in mind I hadn’t seen him cry once in our relationship, so I wasn’t expecting much. It was such a magical experience.

"My parents aren’t together and I’ve never really had them in the same room, so it was so nice."

She continued: "We did it over a week, with a big fancy dress meal, we did a day after [the wedding] at Nikki Beach and it was so nice to see my parents speaking and getting on.

"The bringing people together aspect was the best part for me."

For more on Holly Hagan, sign up to our daily OK! newsletter.