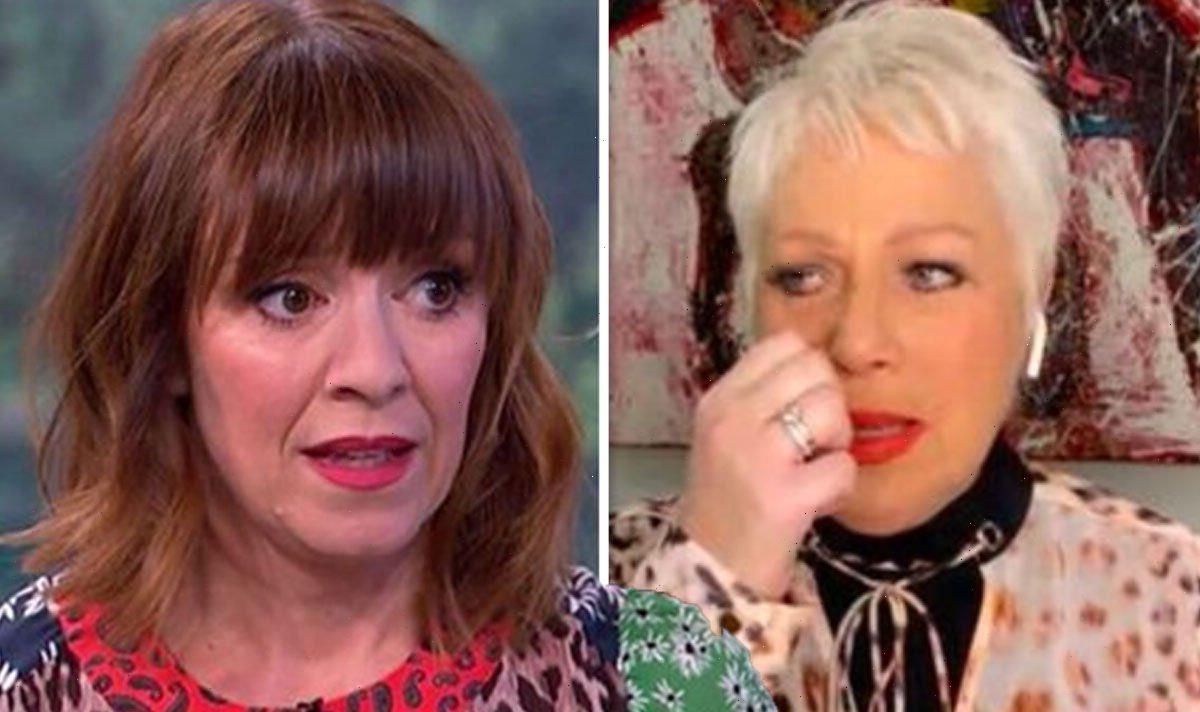 Denise Welch took to Twitter yesterday and penned a heartbreaking message as she marked her first Father’s Day without her beloved dad. The Loose Women panel member was inundated with messages of support, most notably from Emmerdale star Zoe Henry, 48.

Denise, 64, shared a candid photo of her late dad Vin Welch, as he sported a pair of sunglasses.

In view of her 529,000 followers, she penned: “My first Father’s Day without my dad. I miss him so very much [followed by heart emojis].”

The Rhona Goskirk actress was one of the first people to respond to the post as she reacted to the emotional post.

Taking to the comment section, Zoe simply replied with a heart emoji.

Others were quick to reply, as Right Said Fred remarked: “After a loved one dies the first anniversaries are always the hardest. Lots of love.”

Tonia Buxton offered: “Sending you SO MUCH love.”

Lianne Sanderson wrote: “Thinking of you.”

The Loose Women star’s dad sadly died last year and she announced the news in an emotional Instagram post.

Back in September, she said: “After making a miraculous recovery recently from major surgeries, pneumonia plus his existing pulmonary fibrosis was more than even he could take.”

Denise explained that she is “grief stricken” and never wanted this day to come, before thanking the nurses who cared for him at Durham University Hospital.

A photo of her holding Vin’s hand while he lay in a hospital bed was posted on social media.

The caption read: “The words I’ve dreaded saying all of my life. Last night at 11pm, we lost our dad, the life force that was Vin Welch.

“After making a miraculous recovery recently from major surgeries, pneumonia plus his existing pulmonary fibrosis was more than even he could take.

“He left us surrounded by his family who could not have loved anyone more. I can’t quite function as I’m so grief-stricken, but I know he meant so much to so many people, even those who’d never met him.”

She went on: “I’ve never seen anyone fight to stay longer at a party than dad and last night was no different. He loved life and lived it to the full like no other.

“The nurses in Ward 6 at Durham University hospital will forever be in our hearts as they gave dad the most peaceful passing anyone could wish for.”

Elsewhere in celebration of Father’s Day, Denise shared a photo of her husband Lincoln Townley and her ex-partner Tim Healy together.