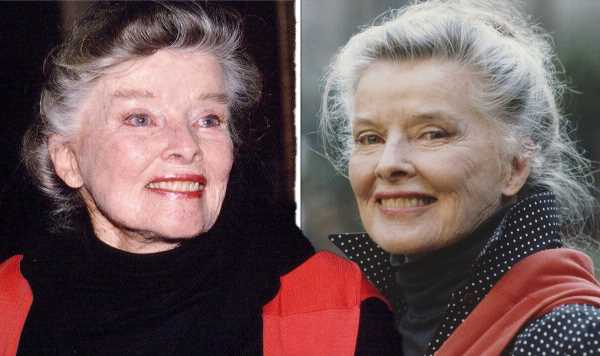 Rob Mallard opens up about his essential tremor diagnosis

Viewers will get the chance to see Hepburn in her prime as 1951 adventure film The African Queen is showing today (Saturday, June 18) on BBC Two. At the time of the film’s release, Hepburn had made a name for herself playing middle-aged spinsters, something which contributed to her being able to continue acting until the age of 87. However, in the years leading up to her death many noticed that the star’s head would continuously shake, something that was assumed to be Parkinson’s disease. In actuality the star suffered from an essential tremor which is defined by Johns Hopkins Medicine as a “neurological condition that causes your hands to shake rhythmically.”

Shortly after her death, Hepburn’s niece Katharine Houghton revealed that the star’s head shake was due to a specific type of essential tremor known as a familial tremor, which is inherited from an individual’s parents.

In a rare 1987 interview, Hepburn herself was recorded talking about the tremor. When asked what her shaking is due to, Hepburn replied by saying: “It’s from my grandfather who was a minister. His hand and his head shook. And my head shakes.

“People have misunderstood it because they assume it is Parkinson’s. But Parkinson’s is a devastating disease, mine is just an irritation.”

Johns Hopkins Medicine explains that the movements caused by an essential tremor can affect the head, hands, voice or legs with most individuals affected aged 65 or older. However, the condition can affect people at any age.

It is important to note that many suffer from a trembling disorder where movements are so small they cannot be seen or felt. It is the tremors that are more noticeable that are classified as an essential tremor.

Researchers remain uncertain as to what causes the condition in the first place, but one theory suggests that it is due to the part of the brain known as the cerebellum being unable to communicate correctly with other parts of the brain.

The cerebellum controls muscle coordination, and when communication is disturbed symptoms connected with motor coordination can occur. In one 2020 research paper, which compared the prevalence of essential tremors to other cerebellar degenerations, it was logically concluded that “essential tremor is by far, the most common form of cerebellar degeneration,” suggesting a strong link between the two.

For an individual who has a close relative that suffers from an essential tremor, there is a 50 percent likelihood that a child will inherit the gene responsible for the condition.

Spotting the symptoms of an essential tremor

With its close relation to some symptoms of Parkinson’s disease it is important to be able to recognise the differences between the two conditions.

An essential tremor will cause an individual to shake at different times and in different situations, but some characteristics are common to everyone. These can include:

Individuals may first notice signs of an essential tremor in the hands, or if they find doing everyday tasks such as writing or using tools increasingly difficult for no apparent reason.

Over time they may develop a shaking or quivering sound in their voice or be unable to control their head-nodding when looking in the mirror.

The difference between an essential tremor and Parkinson’s disease

Parkinson’s disease is a neurological disorder that happens when nerve cells in the brain don’t produce enough dopamine. The disease progresses over time which can lead to more and more disability.

Parkinson’s tremors tend to start on one side of the body, commonly in the hands, and then progress to the other side. These uncontrollable movements tend not to be the most prominent symptom, with others including stiffness, slow movements and trouble with balance also caused by Parkinson’s.

Parkinson’s is much less common in comparison to an essential tremor and other crucial differences between the two conditions include:

Despite these key differences, if you or someone you know develops a tremor and is unsure why it is advised they seek medical advice. Here a GP may refer you to a specialist for further tests or monitor the tremor themselves to make sure it does not get progressively worse.

Once a medical professional has ruled out any other conditions that could be causing a tremor or shaking, individuals may be advised to abstain from heavy alcohol use, avoid caffeine and avoid certain medications in order to see if this curbs the effect of the shaking.

For those whose tremor is making it difficult to work or perform daily activities, they may be offered a range of different treatments including medication, therapy or surgery.

Propanolol and primidone are two of the medicines often prescribed to treat essential tremor. Firstly, Propanolol blocks the “stimulating action of neurotransmitters” to calm your trembling. This beta blocker is effective in 40 percent to 50 percent of patients but is less useful in reducing head and voice tremor. Secondly, Primidone controls the actions of neurotransmitters. However, users have reported numerous side effects when using the drug, sedation being one common side effect. However, most patients are able to tolerate the side effects, and studies have shown that 60 percent to 100 percent of patients respond positively.

Therapy such as occupational or physical therapy aims to help individuals adapt to living life with a tremor and improve their muscle strength, control and coordination. Surgery is usually only given to those whose tremor is severely disability and other treatment methods have failed to work. The most common procedure is deep brain stimulation, where a doctor inserts a device into the brain that transmits painless electrical pulses to interrupt signals from your thalamus that may be causing your tremors.