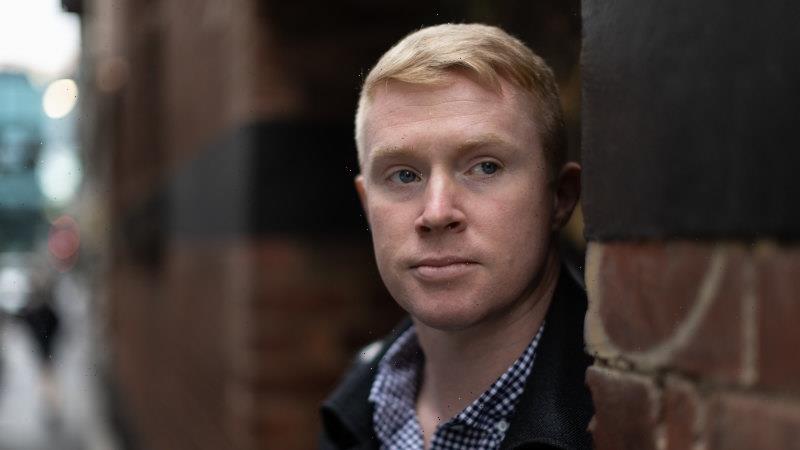 When Luke Anderson was in jail, fellow inmates told him he would never get a job when he was released. “You’ve got to lie on your resume,” they told him. “And then as soon as they find out you’ve been in jail, you are just going to get the sack anyway. So don’t even bother.”

But Anderson – who in 2016 was sentenced to two years and nine months non-parole for trafficking ecstasy pills and cocaine to undercover police – was determined to turn his life around.

A few months after being released from jail, Anderson went to gforce, a recruitment agency in Geelong. He decided to be completely honest. He had started an electrical apprenticeship, he told the recruiter, but had been in jail for the last three years. 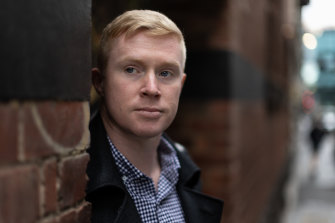 Luke Anderson was jailed for selling drugs, but has turned his life around.Credit:Jason South

“I said: ‘I completely understand if you’re not in a position to employ somebody like me but if you do give me the chance, I’ll give it absolutely everything that I’ve got and you won’t regret it. And she didn’t really even bat an eyelid and just went ‘I’m more than willing to give you a go’. I still get goosebumps thinking about that.”

But Anderson is the first to admit he is an outlier.

More than 1000 people leave Victoria’s prisons each month but very few secure a job, despite employment helping to reduce the likelihood of reoffending.

In part, this is because of discrimination, with many organisations conducting background criminal checks before employing people.

Just 22 per cent of former prisoners have a job within two weeks of their release, according to the Health of Australia’s Prisoners survey.

And in Victoria, 44 per cent of people will return to prison within two years of their release, a recent parliamentary inquiry into the state’s criminal justice system was told.

In a bid to help more former prisoners get a job and drive down the recidivism rate, the Victorian government has partnered with a number of textile and food wholesaling businesses. 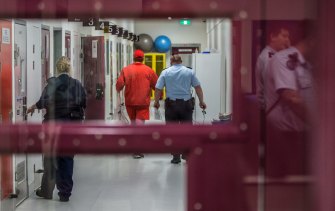 In Victoria, 44 per cent of people will return to prison within two years of their release.Credit:Jason South

Over the next two years, the businesses have agreed to hire 225 people when they are released from jail under the post-release employment opportunities program.

Eligible candidates must be working in prison industries while in jail, a program which employs 1400 prisoners from 13 public jails in industries such as metal fabrication, manufacture of timber products, horticulture and agriculture.

Anderson says he was motivated to change his life by the support he received from family and his “amazing” girlfriend, Kat, following his arrest.

While in jail he wrote to Kat, vowing he would become the man she deserved.

“This gave me genuine, healthy goals for the first time in my life. I’ve never had that,” Anderson says.

Anderson threw himself into vocational training while behind bars. He did a barista course and a certificate two in business and worked in horticulture and welding within the prison industries program.

“I did everything I could possibly get my hands on,” Anderson said. “There was a lady who was brought in to teach maths and she had a massive influence on me. She introduced me to this book, called Man’s Search for Meaning by Viktor Frankl, which is about a Jewish fellow who was in Auschwitz. He talks about how they can imprison your body, but they can’t imprison your mind and you still have the choice of how you interact with people.”

Anderson accepted that for the first few months after his release it would be virtually impossible for him to get a job because he had three parole commitments a week, three random urine drugs tests and community service on Fridays.

However when his parole conditions eased, he went to gforce, who found him a job doing the electrical fitout of a supermarket. “So that was a pretty good gig.”

Anderson now co-owns a business, J C Williams Electrical, and is working with Corrections Victoria to develop a social enterprise called Fair Threads, which will allow families to buy prison-compliant clothes online and have them delivered directly to jails. 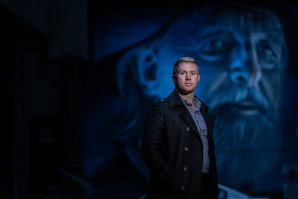 Luke Anderson credits the support he received from family and his girlfriend for turning his life around.Credit:Jason South

Fair Threads hopes to help ex-inmates get back into the workforce, with mentors at the company providing transitional employment and linking former prisoners to counselling and drug and alcohol support services.

“I want there to be more people like me, who get a job when they leave prison,” Anderson says.

As for Kat, Anderson proposed the day he finished parole.

“I wrote a letter to her while I was in prison that I’d kept, and it said ‘If you’re reading this letter, today’s the day that I’m proposing to you’,” Anderson says. “I’ve become that man that you deserve.”

The couple married a few months ago and, on Saturday, Kat will be induced ahead of the birth of their baby.

“I’m trying not to get emotional here but I’m confident I’ll be a good dad,” Anderson says. “I think I’ve got a lot of wisdom beyond my years.”