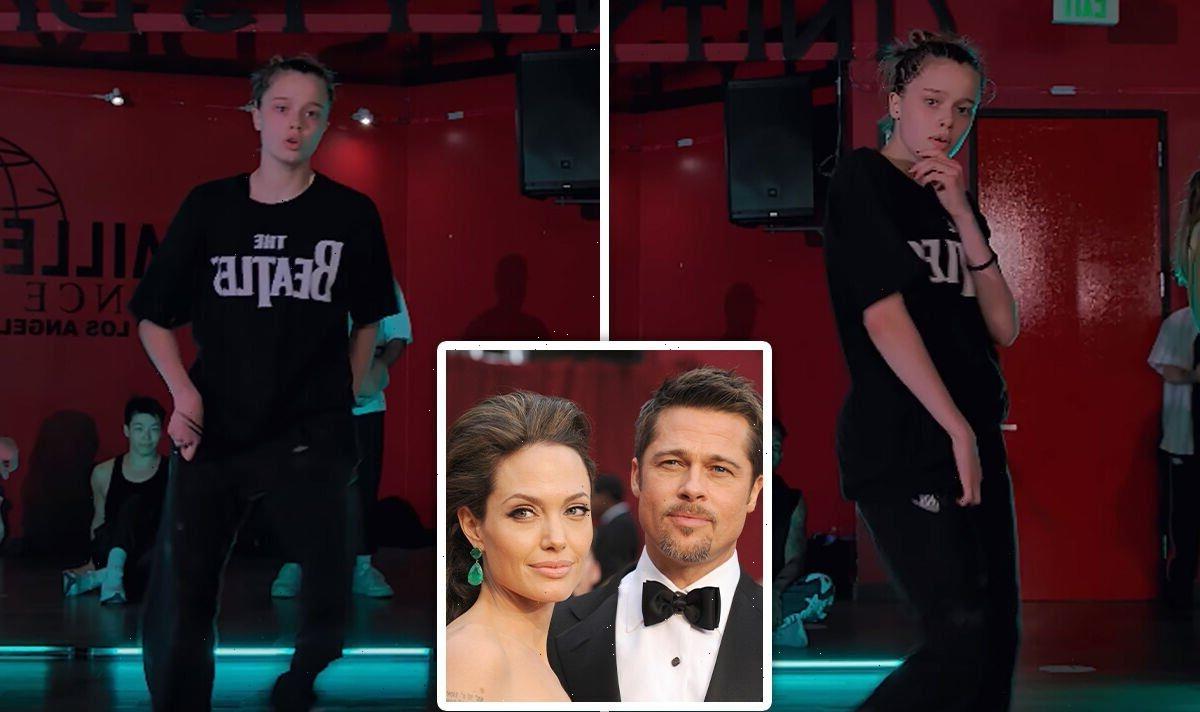 Shiloh Jolie-Pitt is the daughter of Hollywood’s former power couple Brad Pitt, 58, and Angelina Jolie, 47. Their teenage daughter is the spitting image of her parents as she took centre stage showing off her dance moves at Millennium Dance Complex in Studio City.

Shiloh showed off her impressive skills as she danced to Doja Cat’s new single Vegas, from the Elvis biopic soundtrack.

Shiloh wore her blonde tresses in a messy bun and sported a loose-fitted Beatles top with black jogging bottems.

Shiloh looked the image of both her parents as she flexed her dancing talents.

Many social media users took to the YouTube video’s comment section to compliment the aspiring dancer on her “phenomenal” moves.

Jen Schrock said: “You go Shiloh! Talented like her mum and dad!”

L.D. Sargent added: “Wow, they are all very talented. And the Pitt child? Just…wow. Go get it, youngin’!” (sic)

Shiloh was previously featured in another video at the end of last month, where she danced to Lizzo’s new song, About Damn Time, which choreographer Hamilton Evans also posted.

A source told US Weekly: “Shiloh loves dancing. She’s seriously talented and has been going to these classes for a few years now.

“She’s made some good friends through the dancing community too, and they’re all in chat groups and share their favourite playlists and that type of stuff.”

The source continued: “Brad and Angie are both very proud.

“They’d have no issue if she wants to turn pro, but they’re not pushing it on her by any means.”

Shiloh has tried acting in the past, playing her father’s on-screen daughter Caroline in David Fincher’s 2008 film, The Curious Case of Benjamin Button.

While things are on the up for Shiloh, her father Brad reportedly filed new court documents this month over his ex-wife selling shares of their wine company Château Miraval without his permission.

The winery in the South of France is where the pair wed in 2014.

The former couple finalised their divorce just five years later after a three-year legal separation and only two years of marriage.