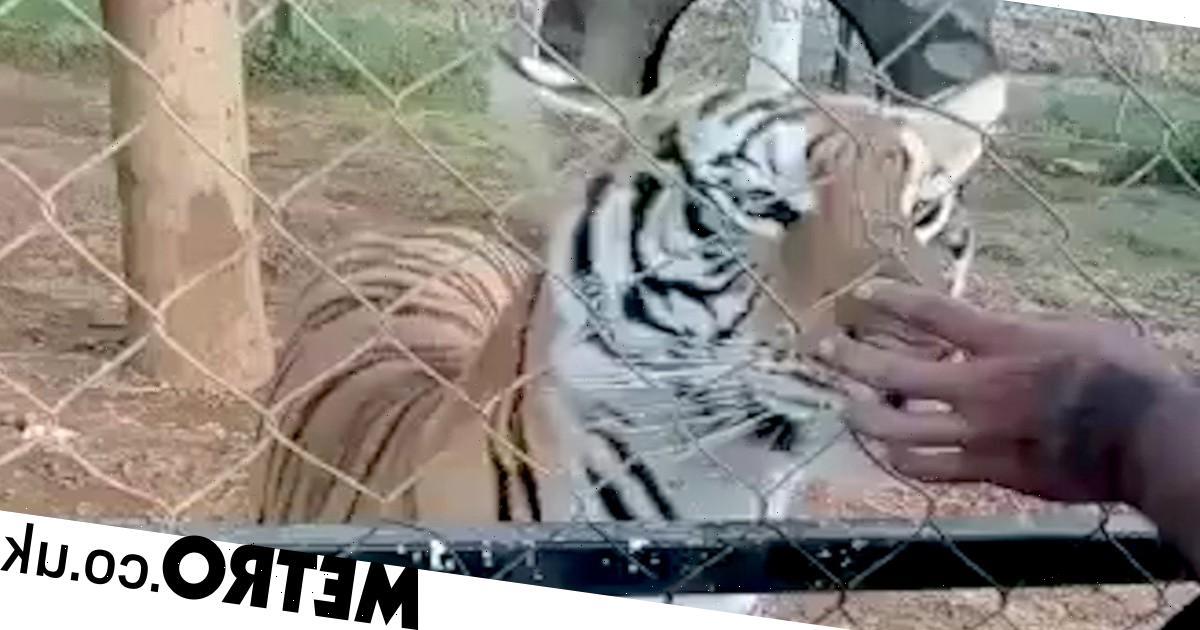 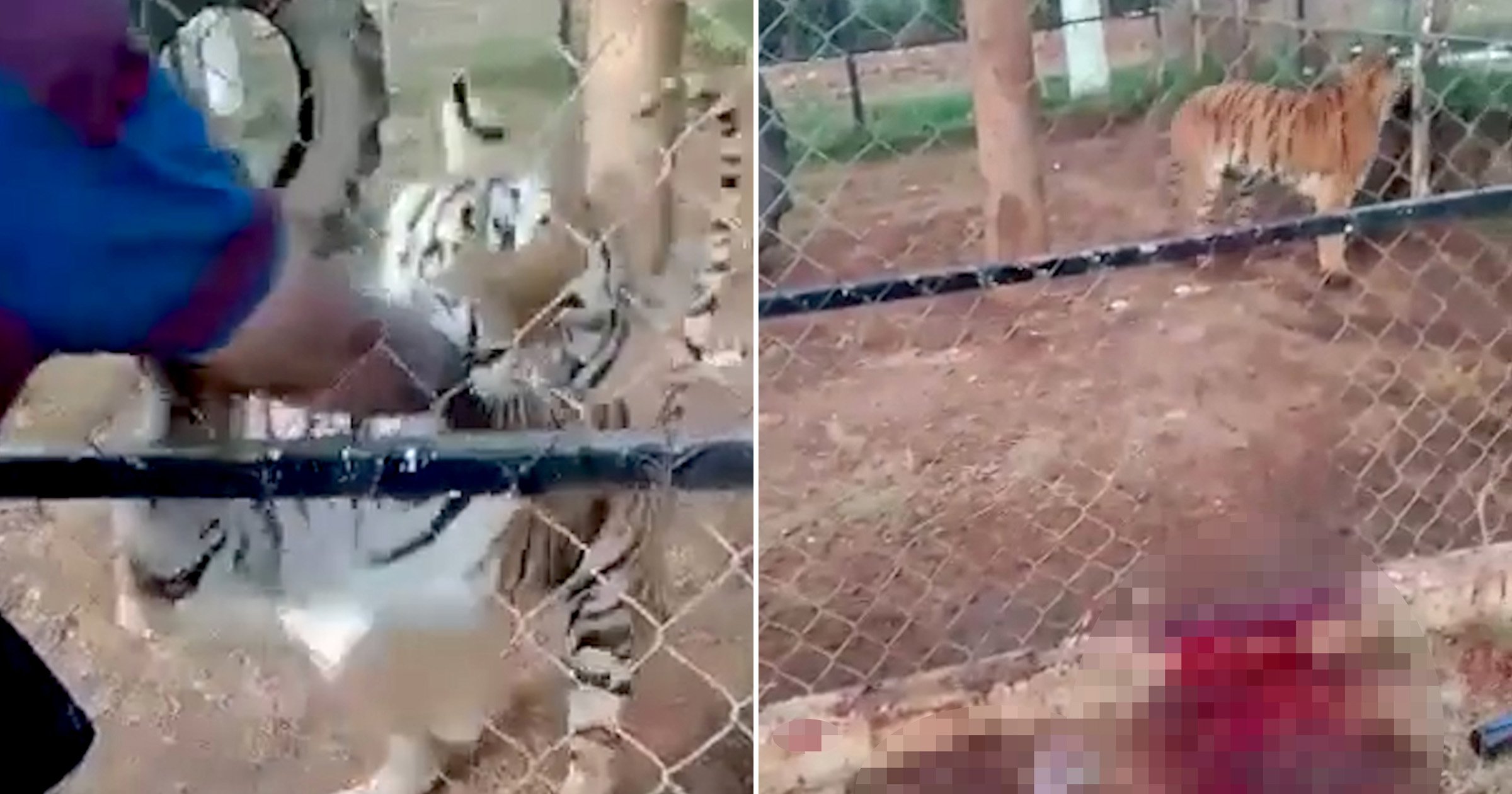 A zookeeper died after sticking his arm through a fence to pet a tiger who suddenly snapped and started mauling him.

The man had called the big cat over during feeding time at the site in Periban, western Mexico.

As he started to stroke the tiger’s neck, its mood suddenly changed and it sank its teeth into the keeper’s right hand.

The 23-year-old zoo worker, named Jose de Jesus, screamed in agony as the predator used its claws and jaw to pull him closer to the chain link fence.

Later a huge pool of blood was pictured and videoed on the ground outside the enclosure.

Jose was rushed to hospital but refused to allow medics to amputate his mauled hand.

Doctors told local media that complications had set in and that Jose – who was a diabetic – died from a massive heart attack.

The owner of the animals, who kept them at the private zoo, reportedly released footage of the attack to show the keeper had been negligent.

He said he had paid the medical bills for the man and added that he had all the necessary permits.

Local media reported it was being checked whether the owner of the tigers had permission from the Ministry of the Environment and Natural Resources to keep the animals.

It was reported that he also apparently keeps a lion and a crocodile at the same site.