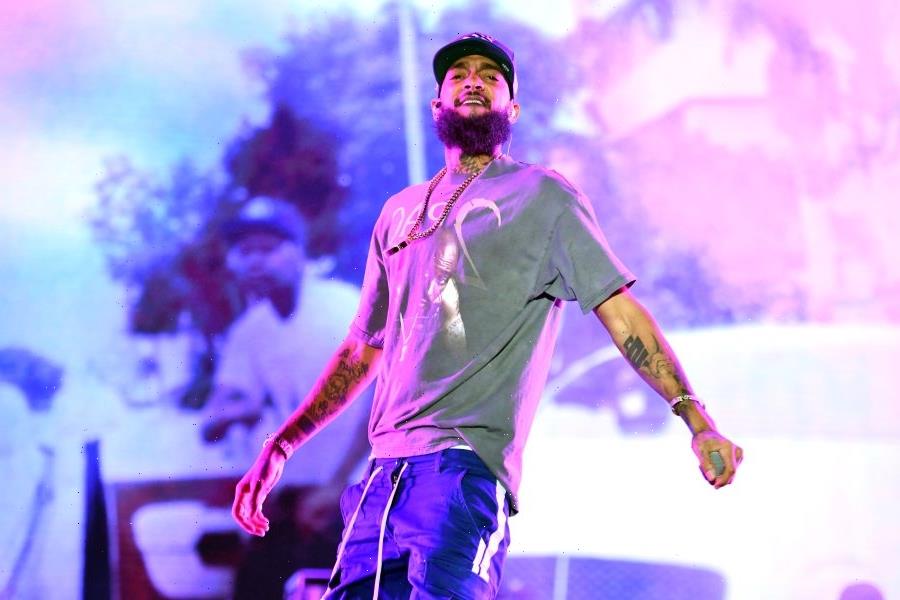 After a three-year long delay, the murder trial for 33-year-old rapper Nipsey Hussle is finally underway. The Los Angeles native and father-of-two, born Ermias Ashgedom was shot dead outside his store, The Marathon, in the parking lot just “minutes after tweeting: ‘Having strong enemies is a blessing,’” on March 31, 2019.

The trial officially began on Wednesday and John McKinney, the Deputy District Attorney, delivered his opening statement. McKinney described the sequence of events, including the talk about “‘snitching’ before Hussle was killed in a hail of at least 10 bullets in the neighborhood where both men grew up and the rapper was helping revitalize.” McKinney also played video of the crime, showing the jury footage one time at real speed and another slowed down.

Video footage captured Eric R. Holder fleeing the scene, wearing a red shirt and bandana while carrying a semiautomatic gun and a revolver. After a two-day manhunt, Holder was arrested, and two months later he was indicted by a grand jury.

“The only thing that was said prior to the shooting was [when] Eric was walking in between the two cars, looking at Nipsey and saying, ‘You’re through.’ And Nipsey, after being shot, responding, ‘You got me,’” said McKinney explaining the reasoning behind the charges of, “not just murder but premeditated and deliberate murder.”

The prosecutor continued, “You’re going to hear and see evidence that he had plenty of opportunity to think about what he was going to do before he did it…From the time he got out of the car and all the way back to that strip mall and walked up to those gentlemen and started shooting and shooting and shooting.”

“I think you will find by that kick to the head at the end that it was a very personal attack,” McKinney said. “He was shot literally from the bottom of his feet to the top of his head…Three different bullets perforated his lungs. One transected his spine, so even if he survived, he would have been paraplegic.”

Holder’s attorney Aaron Jansen has a daunting undertaking in defending him. According to AP News, “Multiple eyewitnesses who knew both Holder and Hussle told police and grand jurors that Holder walked up to Hussle and gunned him down.” During his opening statement, Hansen’s tried to sway the jury saying “this is a case of ‘heated passion’” so as to evade the premeditation charges.

After spending two weeks choosing a jury, experts anticipate that the trial will last an additional two weeks.

Should Holder be convicted, he faces the possibility of serving a life sentence.