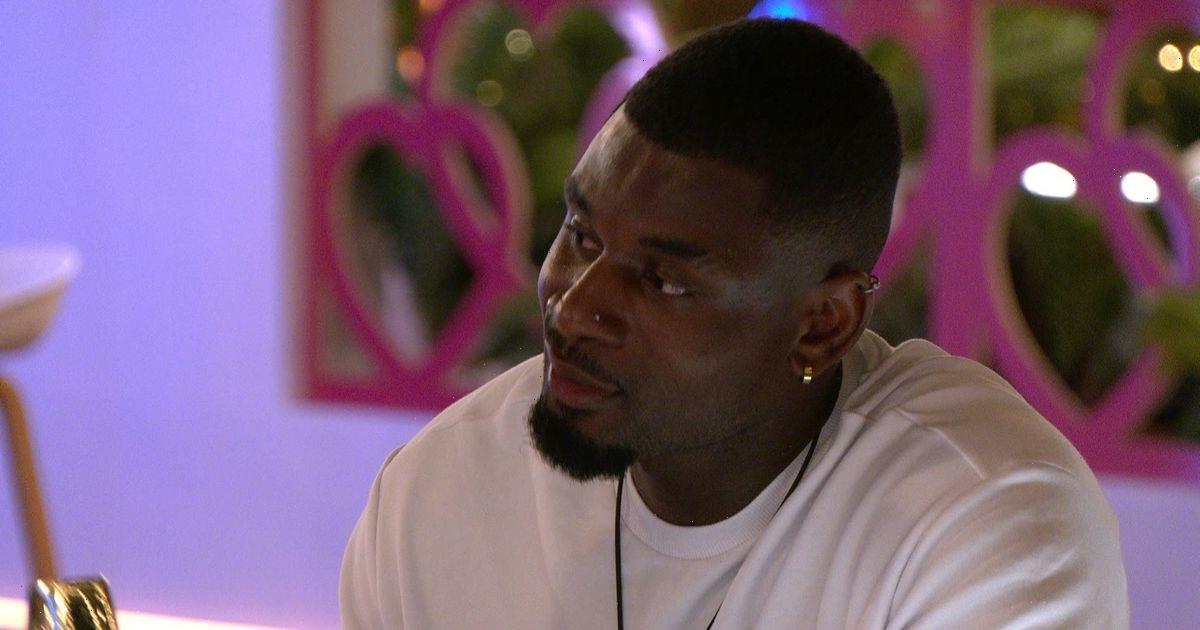 The Irish biologist has just landed in the Love Island villa with his fellow castmates as the hit ITV2 dating show has just returned with a new series.

However, it seems his fellow villa boys could be in for a spot of trouble – at least if a tongue-in-cheek Instagram snap is anything to go by.

Dami took to Instagram earlier this year with playful snaps that caught him riding in a shopping trolley inside a huge DIY store.

Dashing Dami looked as calm as can be as he threw up his arm, laid back in the cart and left his legs dangling over the outside of the trolley.

The fashionable reality star was kitted out in a stylish t-shirt and beige trousers – with a pair of Nike trainers to top off the look.

He joked he'd soon be leaving the shop with somebody's "girl" in the caption, which read: "POV your girl went shopping and left with me."

The witty quip went perfectly with the action shots of him 'leaving' the store.

That's because another snap showed him strutting his stuff down the aisle in a brown puffer jacket and matching brown baseball cap.

Do you have a story about one of this year's Love Island stars? Contact us at staronlineshowbiz@reachplc.com.

Dami's friends and fans swooned over the scientist in the comments, which was filled with fire emojis.

One wrote: "This look is insane bro", whilst another said: "Shoes are dope asf"

A third gushed: "Haha dope shot", whilst another agreed: "consistently a vibe".

Dami has been partnered up with Amber Beckford in the villa since the first episode of the series, but they didn't get off to the fastest of starts as a couple.

However, they shared a cheeky smooch outside of a challenge on Wednesday night, which suggests things could be heating up for the good-looking pair.

Chatting at the bar, Dami told Amber: "You’ve been giving me eyes. I can see your eyes looking at me and I keep thinking, am I in trouble?"

Amber suggested Dami shouldn't be so serious with her, but Dami said he thought she was also being too serious.