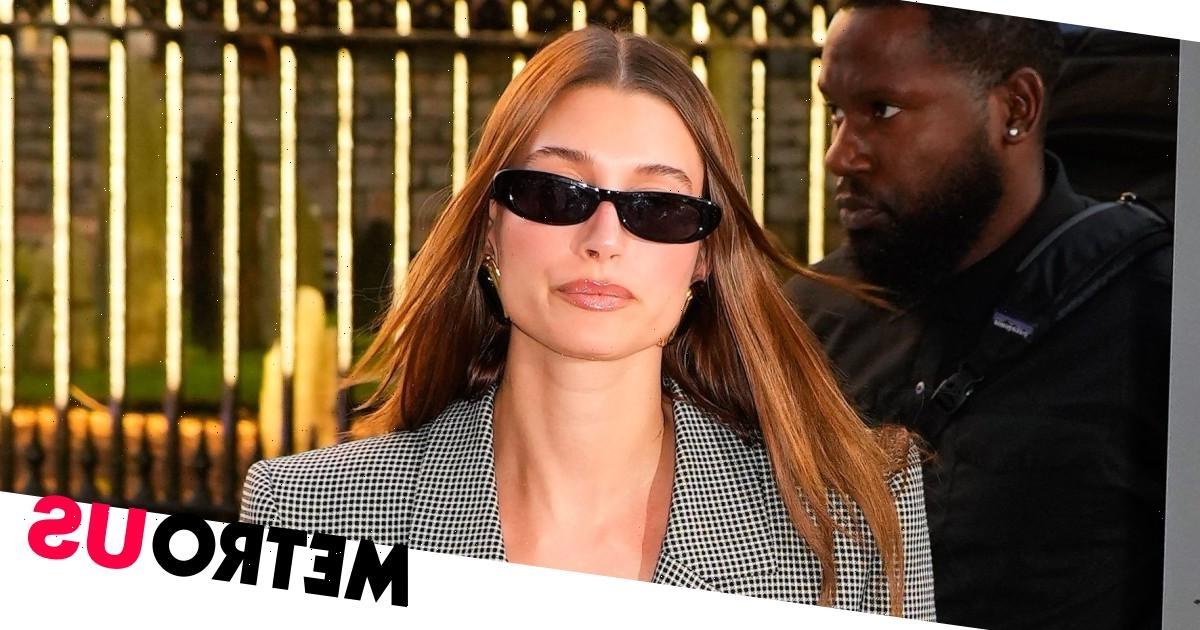 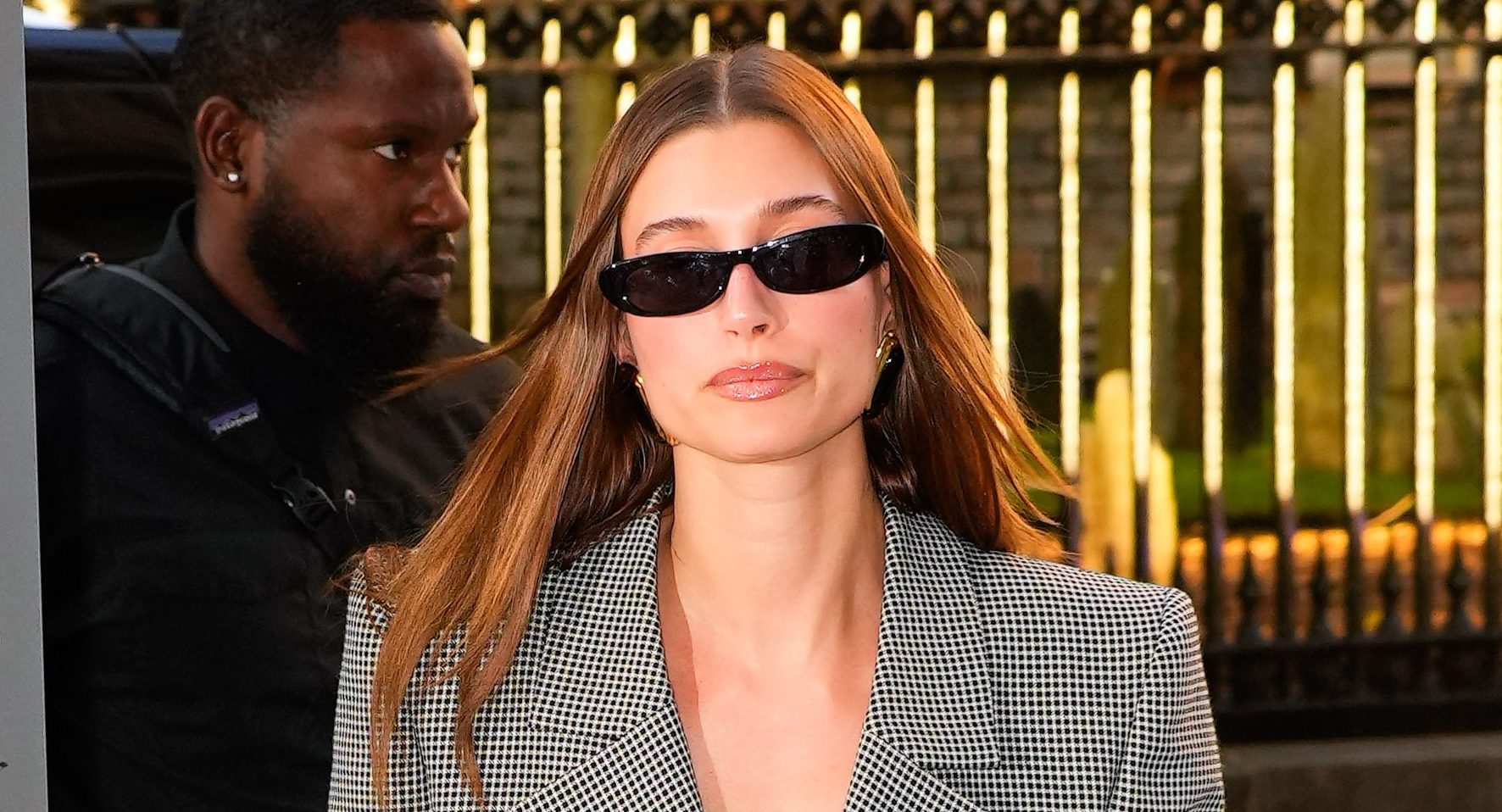 Hailey Bieber had no airs or graces about her when she stepped in to defend a fan after a security guard tried to stop her from getting a photo.

The 25-year-old model had a busy day in New York City on Tuesday where she was promoting the release of her Rhodes skincare brand. However, despite her busy schedule, the fashion muse was still more than happy to stop and chat to a group of fans when they spotted her out and about in the big apple.

One of the fans, Kristal Terrell, shared a clip from the encounter that has gone viral thanks to Hailey kindly defending her against an overzealous security guard.

In the clip, Hailey – who is married to Justin Bieber – is seen getting ready to strike a fierce pose alongside Kristal while looking chic in a checked monochrome blazer dress. However, the guard suddenly swoops in around them and tries to put himself in between Hailey and the fan to separate them and stop the fan from getting too close to the star.

Shocked at the interruption, Hailey immediately puts her hand on the guard’s arm to usher him away while stating repeatedly: ‘It’s fine.’

She then adds sassily: ‘You don’t need to put your hands on anyone,’ before resuming position for the photo.

Kristal was unsurprisingly grateful to the model for stepping in and wrote alongside the video: ‘Hailey is the sweetest person in the world. she just defended me. a real one.’

In her TikTok caption, she added: ‘The way @Hailey Bieber defended me after someone put their hands on me 😭’

Many assumed it was Hailey’s personal security who made the move, but Kristal clarified in the comments: ‘This was not her bodyguard. Her guards are out of the frame. This was a doorman + 2 people had already taken pics right before me.’

Hailey has been praised for the classy way she handled the situation and for refusing to be a diva, with one commenting: ‘She said “lets not put our hands on anyone” love that. The girl clearly posed no threat. Touching her was so unnecessary. TY Hailey for being one ofnthe good ones!’

‘Anyone who says Hailey isn’t nice needs to watch this and the other videos 🥹🥹 she’s so sweet and gentle !! so excited for Rhode,’ another weighed in.

One fan added: ‘I have never loved her more than I do now after hearing her say “don’t put your hands on anyone”.’

‘This was such a genuine and pure reaction out of her, what an angel,’ another said.

Hailey has faced a series of health concerns in recent weeks after suffering a blood clot which caused a mini stroke. Her husband Justin is also recovering after being struck down with Ramsay Hunt syndrome, which has left half of his face paralysed.