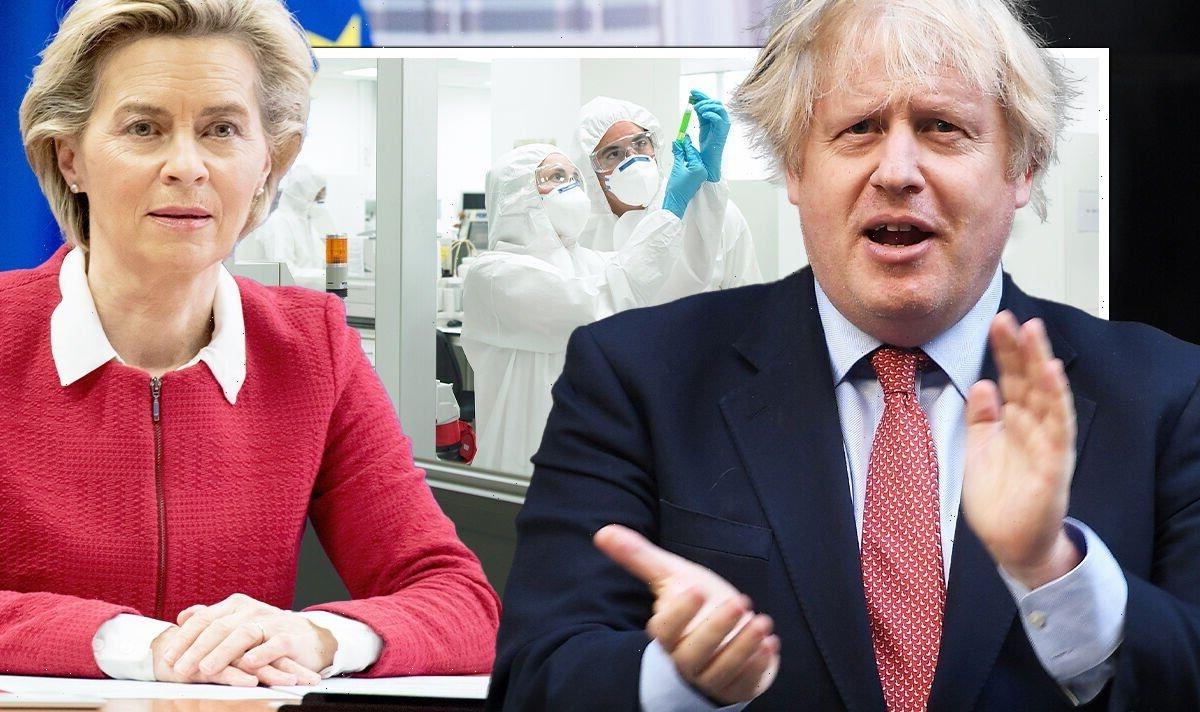 Despite being a Remainer during the 2016 Brexit campaign, George Freeman has shone a light on the huge benefits leaving the EU can bring to UK science Britain’s economy generally. Speaking at Digital Catapult’s Cyber-Physical Future Forum for London Tech Week, the Science Minister said: “I should say that I was a very loud Remainer but I respect the mandates of the British people.

“I think they wanted us to make this a moment where we reform and renew the British economy so that it is fairer and more dynamic and more prosperity promoting for everybody.”

Mr Freeman added there are two big things that Britain can do now that it couldn’t do before Brexit.

One of those involved being able to cut red tape by avoiding the EU’s regulatory framework “so we can now start to be really agile and digital in how we regulate”.

The Science Minister also explained Prime Minister Boris Johnson had approached him as to how Britain could use those post-Brexit freedoms to enhance innovation in the country.

Along with MPs Sir Iain Duncan Smith and Theresa Villiers, Mr Freeman co-wrote a report back in June last year as part of the Taskforce on Innovation, Growth and Regulatory Reform.

In it, the co-authors set out a vision for the UK’s approach to regulation.

It involved slashing barriers to start-ups and scale-ups, taking the lead in cutting-edge technologies from Artificial Intelligence (AI) to autonomous vehicles.

This is to make sure that UK upholds its reputation as one of the best places to do business.

Mr Freeman said: “The real opportunity for us is to set the new standards, the global benchmarks in autonomous vehicles, in AI and healthcare, in satellite licensing, in a whole series of sectors that are growing very fast where the single biggest barrier isn’t a lack of Government grants.

“Its a lack of consumer and investor confidence that we’ve got a regulatory programme.”

Mr Freeman added that in the report his co-authors and himself set out a “major commitment to use our freedoms to harness regulation for innovation.”

These announcements come amid London Tech Week, the annual showcase of the UK’s tech sector in the capital.

Mr Freeman, along with Business Secretary Kwasi Kwarteng, made a number of key announcements that mark a combined record £743.5million of investment into the technologies of tomorrow in a bid to secure the UK’s place as a global science superpower.

The Science Minister added: “As the entire government focuses on tackling the cost-of-living, it is my firm belief that an innovation-led economy will deliver the jobs, growth and prosperity we need to help us rebuild across the country.

“We are living in a time of huge technological change. New technologies are creating new industries at a pace that would have been thought impossible, even 10 years ago. As a responsible government, we must give our researchers and innovators the tools and the wherewithal to flourish.

“That’s why we’re announcing a record £743.5million package of investment into the technologies of tomorrow, putting entrepreneurs at the heart of our plans to help power our economy while tackling some of the world’s greatest challenges, and supporting our ambitions to make the UK a Science Superpower.”