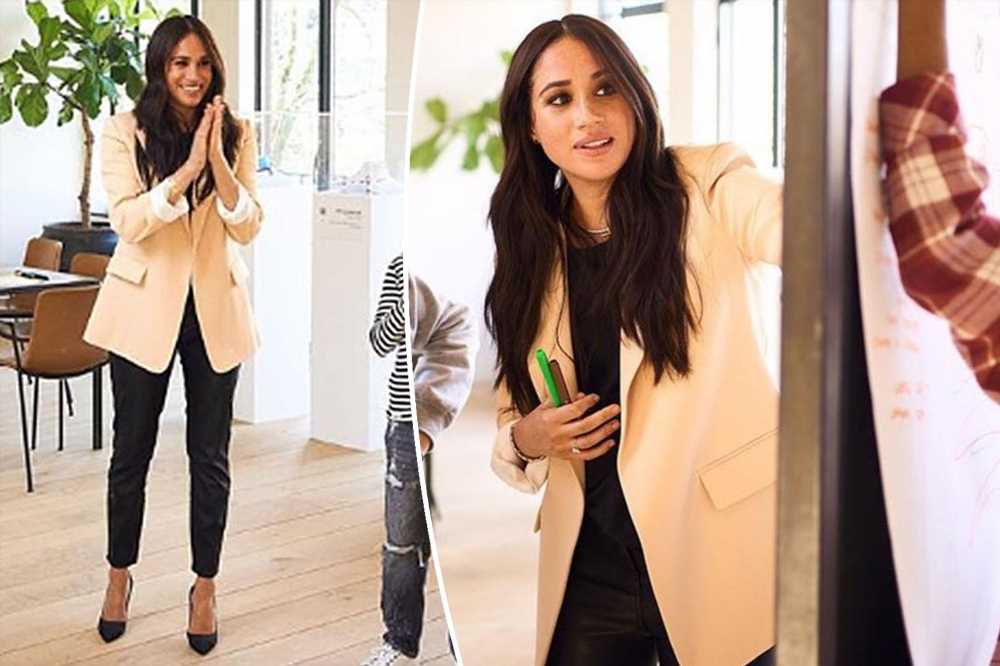 Royals will cut off Harry, Meghan if they share private Jubilee details: expert

Britney Spears wore this Meghan Markle-approved lipstick at her wedding

William, Kate made ‘no effort’ to introduce kids to Lilibet: royal expert

Beige doesn’t have to be boring.

Meghan Markle delivered a master class in how to style a basic tan blazer when she visited a youth charity in Amsterdam, wearing an oversized jacket by Chloé ($2,701, now $2,078) with black leather trousers.

Although her pants remained unidentified, they could potentially be the same leather style she wore for an appearance on “America’s Got Talent” back in September 2020, though the edgy look is a departure from her usual attire.

Per royal fashion blog What Meghan Wore, Markle might have chosen a faux leather pair by one of her favorite designers, Stella McCartney — who offers a similar style for $925. 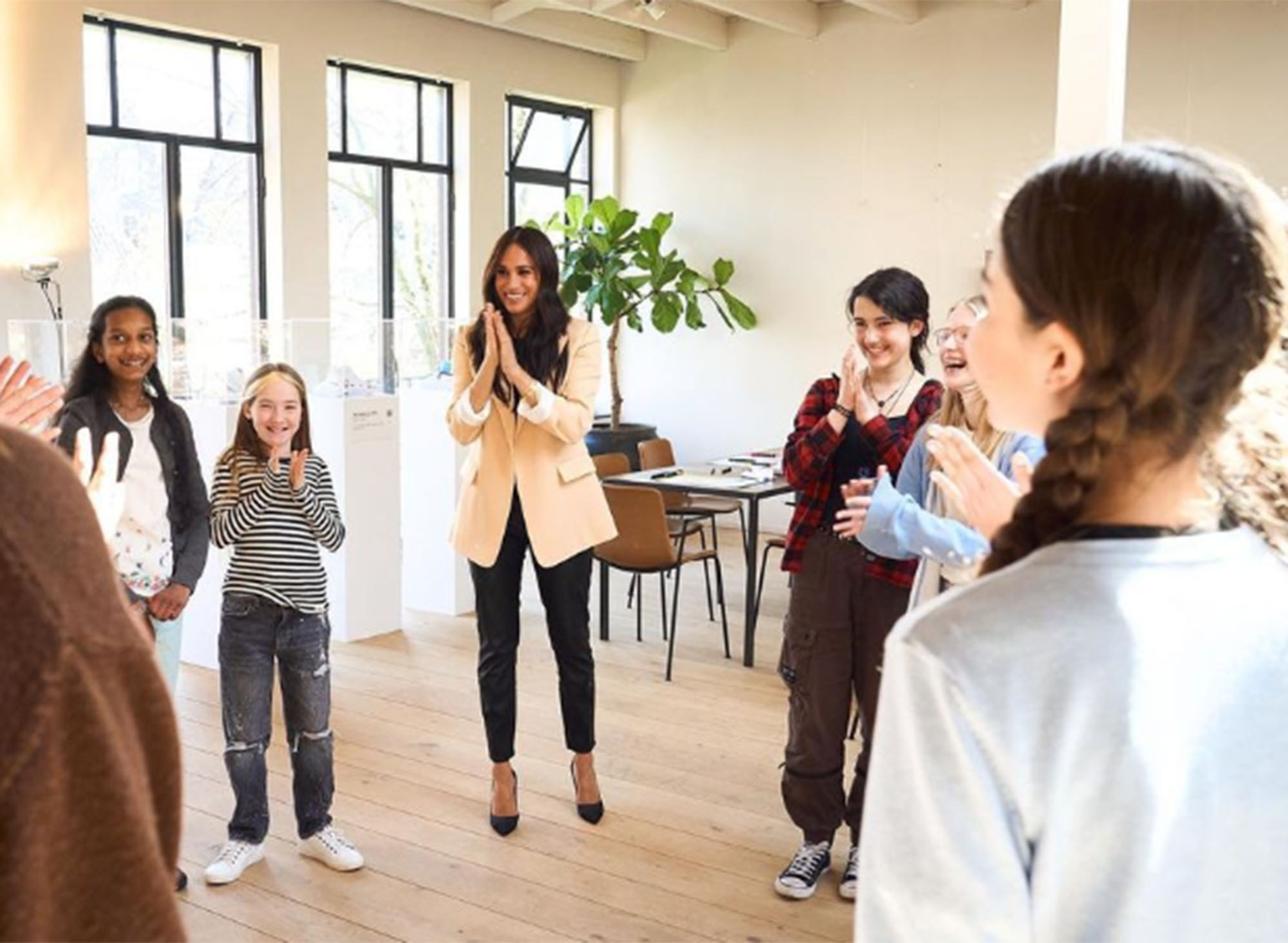 Photos from the event — which took place in April — were released Monday as Dutch nonprofit Project Fearless marked its third anniversary, sharing a look back at a visit from the duchess when she was in The Netherlands for the 2022 Invictus Games.

Markle, who served as a guest coach for girls and non-binary youth, rolled up her sleeves as she got to work hearing pitches for Project Fearless’ entrepreneurship course. 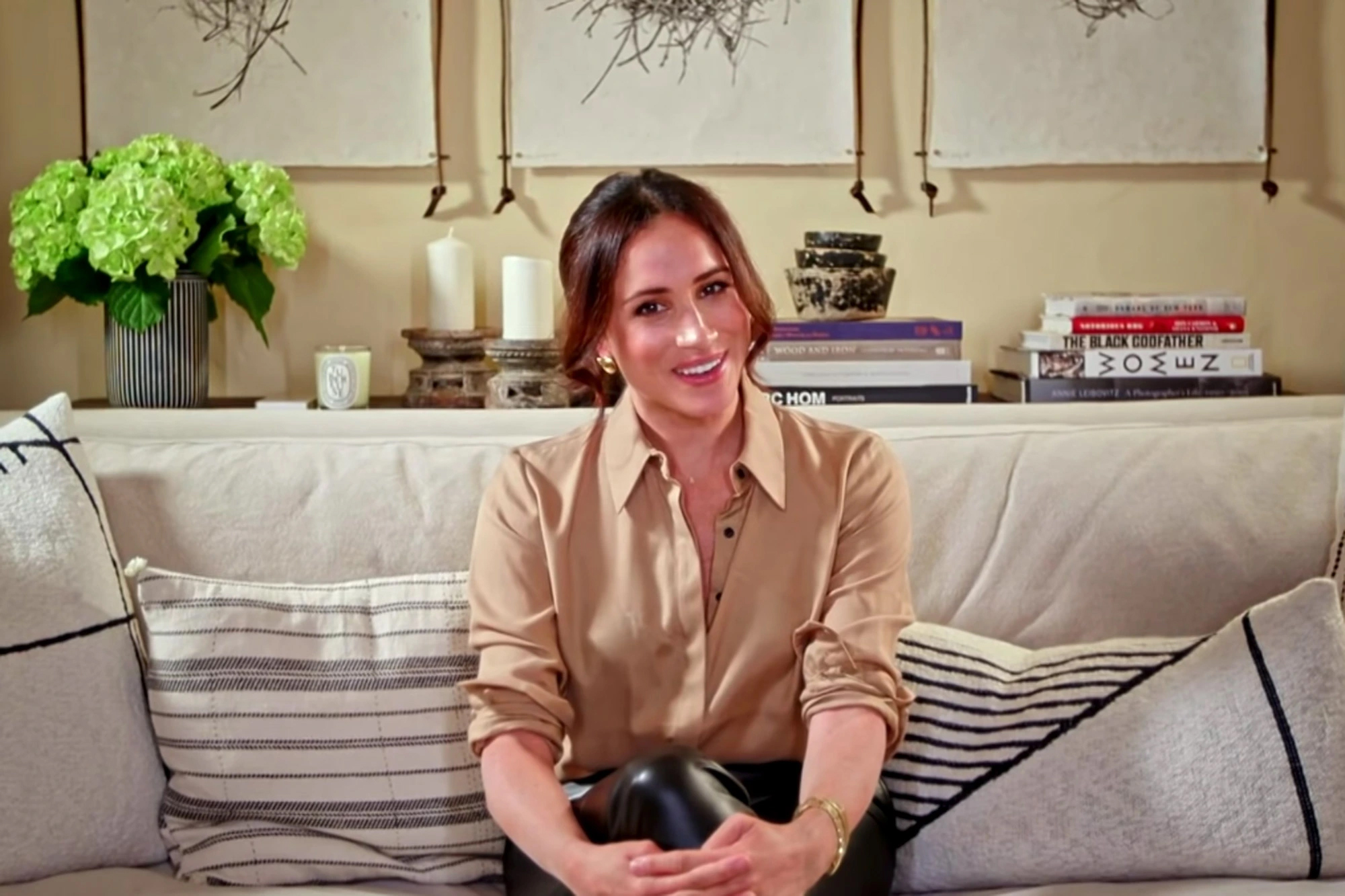 Adding to the simple but chic aesthetic, Markle wore the sleek gold Cartier necklace ($30,100) she wore to the Invictus Games along with her often-worn Love bracelet ($6,900) from the brand. 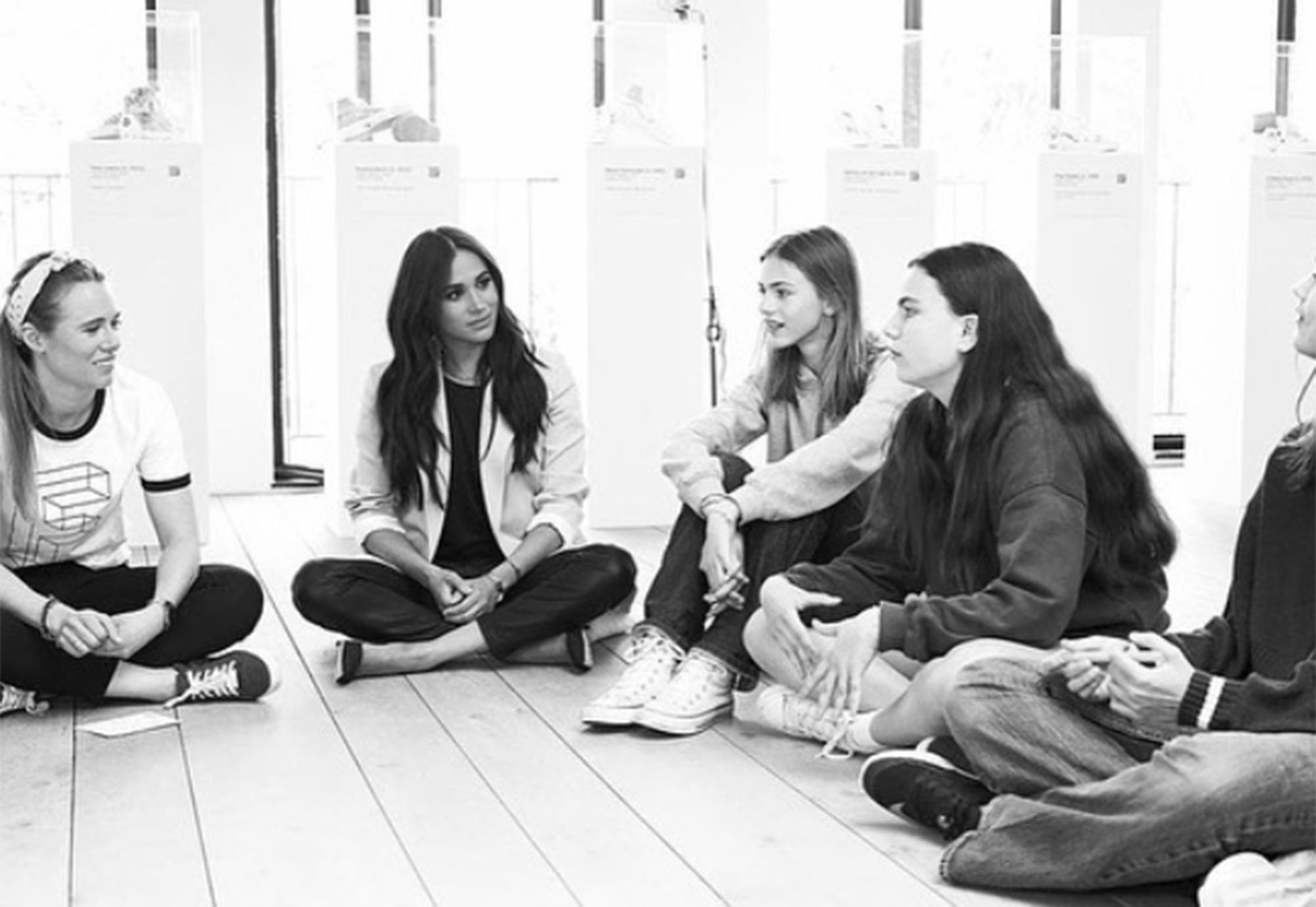 Her laid-back outfit continues Markle’s post-Megxit trend of wearing high-end designers in neutral tones, like the glamorous Valentino and Celine outfits she sported during the Invictus Games.

She’s also been spotted in some glam looks while watching Prince Harry play polo, like the black-and-white blouse and white culottes she wore on a recent outing.

The Dutch photos follow Markle’s trip to London for the Queen’s Platinum Jubilee, making one public appearance with Prince Harry at the Service of Thanksgiving held at St. Paul’s Cathedral wearing Dior and watching Trooping the Colour behind-the-scenes in an elegant hat and navy dress. 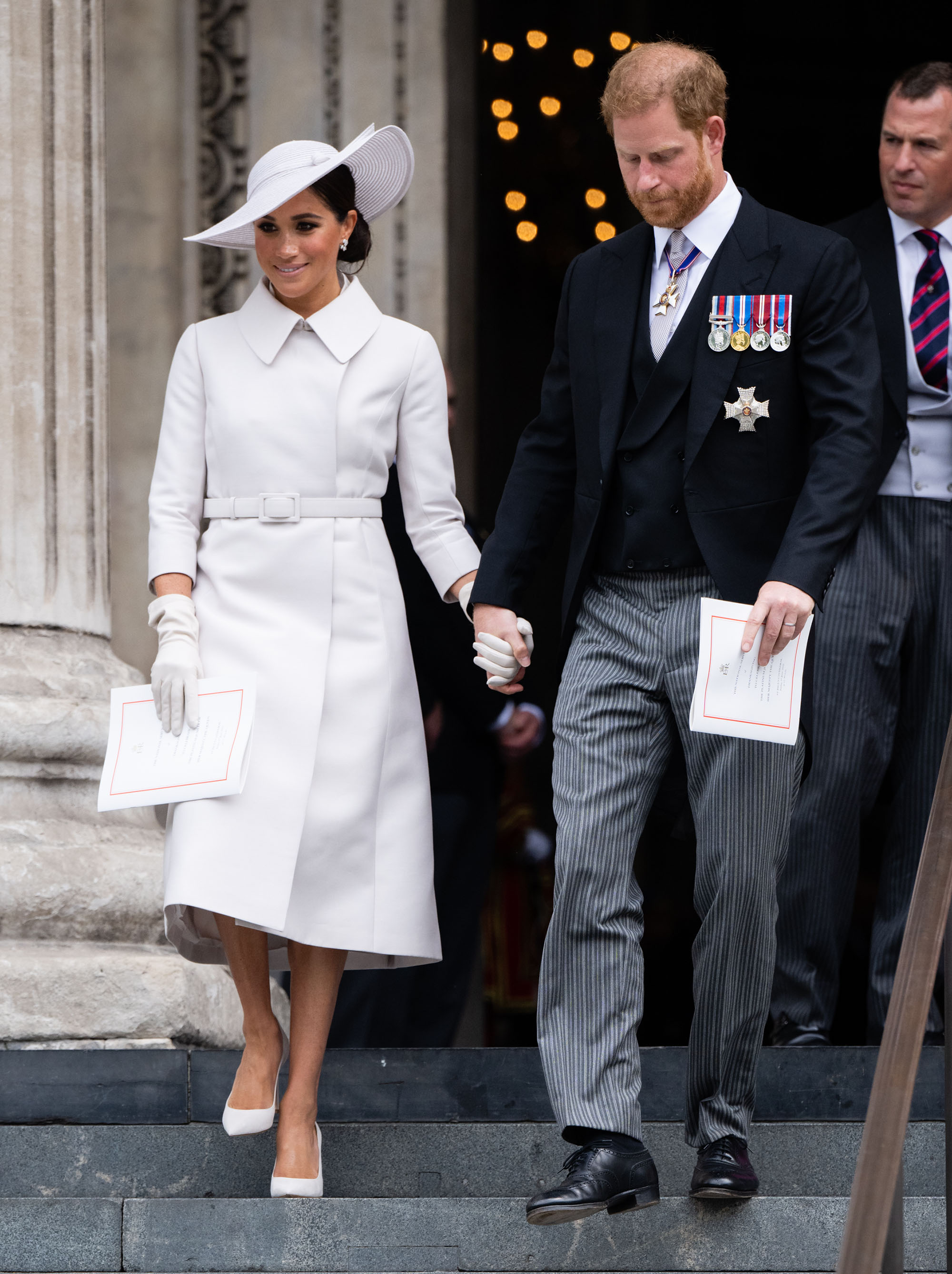