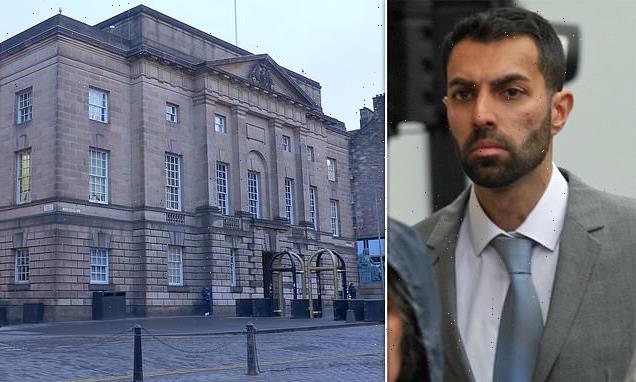 Married GP, 39, who raped a woman he met through Tinder after luring her to a hotel room is jailed for four years

A married doctor who raped a woman he met through Tinder has been jailed for four years.

Manesh Gill, 39, convinced his victim to go up to his hotel room in Stirling, Scotland, by telling her a public toilet was broken and she could use his.

While in the room, Gill poured the woman a ‘really strong’ pink gin and lemonade. He was initially accused of spiking his victim’s drink before the allegation was deleted.

As the woman lapsed in and out of consciousness, Gill raped her in what a court heard was a ‘distressing and frightening encounter’.

Gill, a qualified GP who told a court he was secretly going on dates behind his wife’s back, denied raping the woman.

Instead he claimed it was an act of consensual sex. However a jury found him guilty of raping the woman while she was incapable of controlling her movements or providing consent.

Today the father-of-three, from Edinburgh, was sentenced to four years in prison. 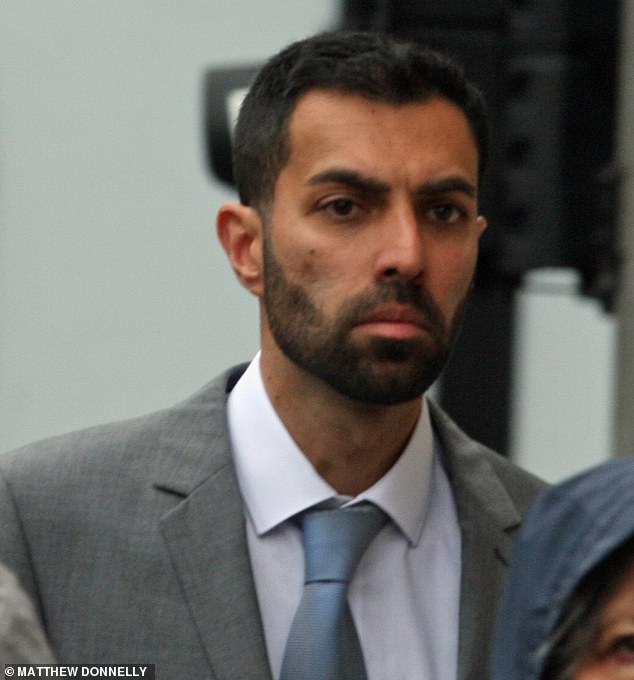 Manesh Gill (pictured), 39, convinced his victim to go up to his hotel room in Stirling, Scotland, by telling her a public toilet was broken and she could use his 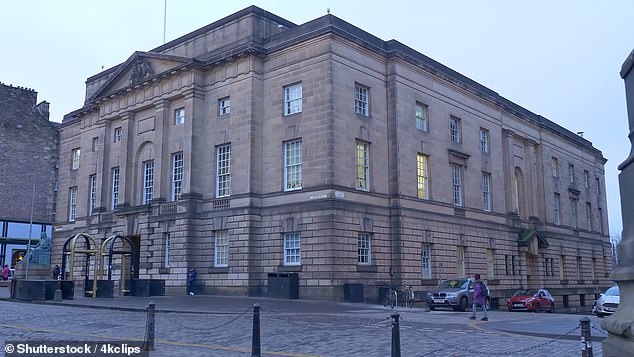 Today Gill, a father-of-three from Edinburgh, was sentenced to four years in prison at the High Court in Edinburgh (pictured)

The High Court in Edinburgh, where Gill was sentenced today, heard how he had met his victim after setting up an account on the dating app under the name of ‘Mike’.

Prosecutors said while he had presented himself as a ‘responsible medic’, the ‘truth was very different’ and he had abused the woman’s trust in a ‘most heinous way’.

The married doctor met the woman at a hotel in Stirling in December 2018 and persuaded her to come to his room after telling her the public toilets were out of order.

After having a drink in his room, she lapsed in and out of consciousness. She told Gill ‘no’ and ‘stop it’ during the attack.

She later was able to get to the bathroom and then left the hotel and contacted the police.

According to the Daily Record, Gill claimed to police the sex was consensual and said: ‘I’m a married man with a professional job and I was meeting women on dates. I didn’t want it connected with my job or my wife.’

Gill, who admitted bringing a condom, Viagra and a bottle of pink gin to the hotel, was initially alleged to have spiked his victim.

A court previously heard how Gill told a colleague after his arrest that he was worried police would find morphine in the woman’s system.

However jurors deleted an allegation that Gill administered an intoxicating substance. He was found guilty of one count of rape.

Speaking after he was sentenced at the High Court in Edinburgh, Fraser Gibson, Scotland’s procurator fiscal for high court sexual offences, said: ‘Manesh Gill abused the trust of a young woman in the most heinous way.

‘He presented himself as a respectable medic but the truth was very different. His criminal behaviour has been ended by today’s sentence.’

Mr Robertson praised the woman for helping to convict Gill, saying: ‘The woman’s bravery in reporting this crime and assisting prosecution is commendable. Her determination and courage brought Gill to justice.

‘We would urge any victim of similar offending to come forward and report it. They can be assured that the Crown is entirely committed to the effective prosecution of such crimes.’

Gill was also added to the Sex Offenders Register. 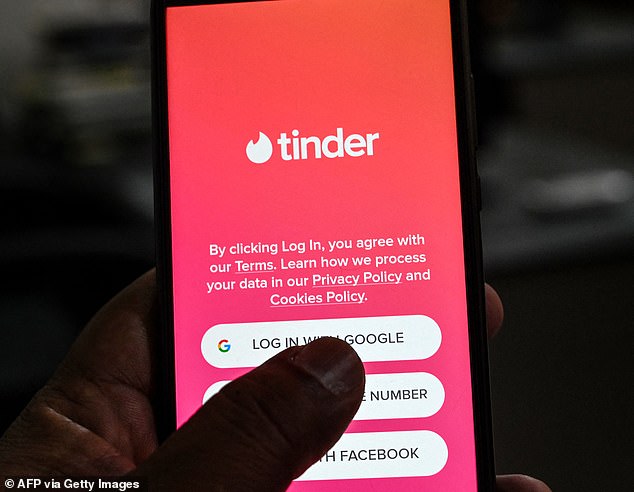 The High Court in Edinburgh, where Gill was sentenced, heard how he had met his victim after setting up a Tinder (pictured: Library image) account on the dating app under the name of Mike

Speaking afterwards, Detective Inspector Forbes Wilson, of Police Scotland’s public protection unit, said: ‘The conviction and sentencing of Gill sends a clear message to anyone found guilty of sexual offences, you will be brought to justice.

‘Gill must now face the consequences for his horrific behaviour.

‘The victim has shown tremendous bravery in coming forward and telling her story, and I would like to thank her for her assistance during our investigation. I hope today’s outcome will give her some form of closure.

‘We remain committed to tackling sexual abuse, we have specially-trained officers and work with partners to provide support to victims. I would encourage anyone to report sexual abuse in any form, as all reports will be thoroughly investigated.’