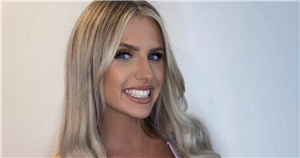 The former Love Islander, 26, appeared on Capital Xtra to give her opinions on the new islanders in the villa.

"That's a game player, but a good one. So I feel like she's gonna be the troublemaker. And then if I had to pick a boy troublemaker I think it's Davide."

She added: "I feel like he's you know, on to the next one, bit like a magpie, new and shiny, likes it, next one…. or Luca, but I feel like he's unintentional I feel like he doesn't know any better but that doesn't mean he's not going to cause any trouble." Davide and Ekin-Su, who both joined the villa as bombshells, are coupled up together.

But after newcomer Jacques – who is the ex-boyfriend of Gemma Owen – entered the island, Ekin-Su quickly showed her interest in him.

Whilst Davide and Ekin-Su appeared to be on good terms after, she became upset when Davide didn't give her a morning coffee.

Then later on in the day, bombshell Jay entered the villa, causing Ekin-Su to get excited, which Davide didn't look too happy about.

Chloe also gave her thoughts on who she thought was in the villa to find love.

"I don't think Ikenna is, Dami not sure. Ekin-Su absolutely not, no. Luca I feel like he's not there for it but he'll find it."

She added: "I think he's giving me big Toby vibes so good luck mate. Davide absolutely not. Gemma absolutely not there to find love. "

Chloe appeared in the 2021 series of Love Island as a bombshell and eventually coupled up with fellow islander Toby.

Despite the two going on a tumultuous ride, with Toby even coming back in the villa with another girl from Casa Amor, the two ended up finishing together at second place.