The Mandalorian on Disney+ introduced Star Wars fans to a live-action element of the galaxy that existed outside the Skywalker storyline. Then we got The Book of Boba Fett and Ewan McGregor reprising his role as Obi-Wan Kenobi. We know of several more Star Wars shows to come, which is great news for fans. We have some ideas for five Star Wars series Disney should make (complete with made-up titles!).

Now that Hayden Christensen has returned as Darth Vader, it creates an opportunity to start with nearly a blank slate. We know how he turned to the Dark Side thanks to the prequel trilogy. The original trilogy showed us how his journey ends, but the rest of Vader’s time as ruler of the galaxy is up for grabs. Obi-Wan Kenobi gives us another look into his story, but taking us deeper into Vader’s time a Sith lord and feared ruler — whether a limited series or multi-season arc — would help make the character even more three-dimensional.

So far, the Disney+ Star Wars series have focused on the good guys or morally flexible characters who end up doing the right thing. Fans deserve to delve deeper into the Dark Side, and Vader is a prime opportunity to make it happen.

Cobb Vanth appears in both The Mandalorian and The Book of Boba Fett. Yet he doesn’t get too much time on screen in either one, which feels like a cheat. Timothy Olyphant gave the character a strong presence and personality in the little screen time he received, which made us want more.

Vanth’s story goes quite deeper in the Star Wars: Aftermath novel trilogy. Fans deserve to see how he acquired Boba Fett’s Mandalorian armor and defended Mos Pelgo over the years. 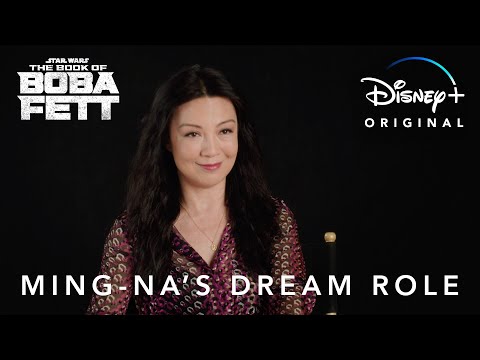 Ming-Na Wen’s Fennec Shand first appeared on screen in The Mandalorian and served as Boba Fett’s counsel and confidant. The last time we saw her on screen, she took care of the remnants of The Syndicate after the battle of Mos Espa.

Shand also appears sparingly in The Bad Batch, but it’s clear there is potential to explore her career as a bounty hunter, mercenary, and assassin. Fans deserve a deeper look at the character, which would also open the door for more Boba Fett and Din Djarin crossovers. Added bonus? Ming-Na Wen would further cement herself as a Disney legend who’s done live-action movies, animated movies, and TV.

4. ‘The Mercenary and the Mentor’

Cad Bane appeared in the final two chapters of The Book of Boba Fett. He’s more active in The Clone Wars, but his Star Wars live-action screen time has been limited. Yet fans deserve to see more of the notorious and feared bounty hunter and mercenary.

As a limited Star Wars series, our The Mercenary and the Mentor would explore Bane mentoring a young Boba Fett and helping create the bounty hunter fans embraced. And of course, that would come with plenty of risky adventures and run-ins with other nefarious characters.

All three Star Wars trilogies give fans a look at Ian McDiarmid playing a senator and later Emperor Palpatine. How about a backstory made for the small screen?

In Sheev, we would follow a young, Force-curious Palpatine as he explores the Dark Side and joins mentor Darth Plagueis. Another option (which would require a different title) for a Star Wars series could be a flip side to Rogue One and explore the fan theory about Palpatine’s reasons for building the Death Stars.

Disney seems to be moving away from the Skywalker saga, but an exploration of Sheev Palpatine becoming a Sith Lord would help inform the story fans have known since the first movies hit theaters.