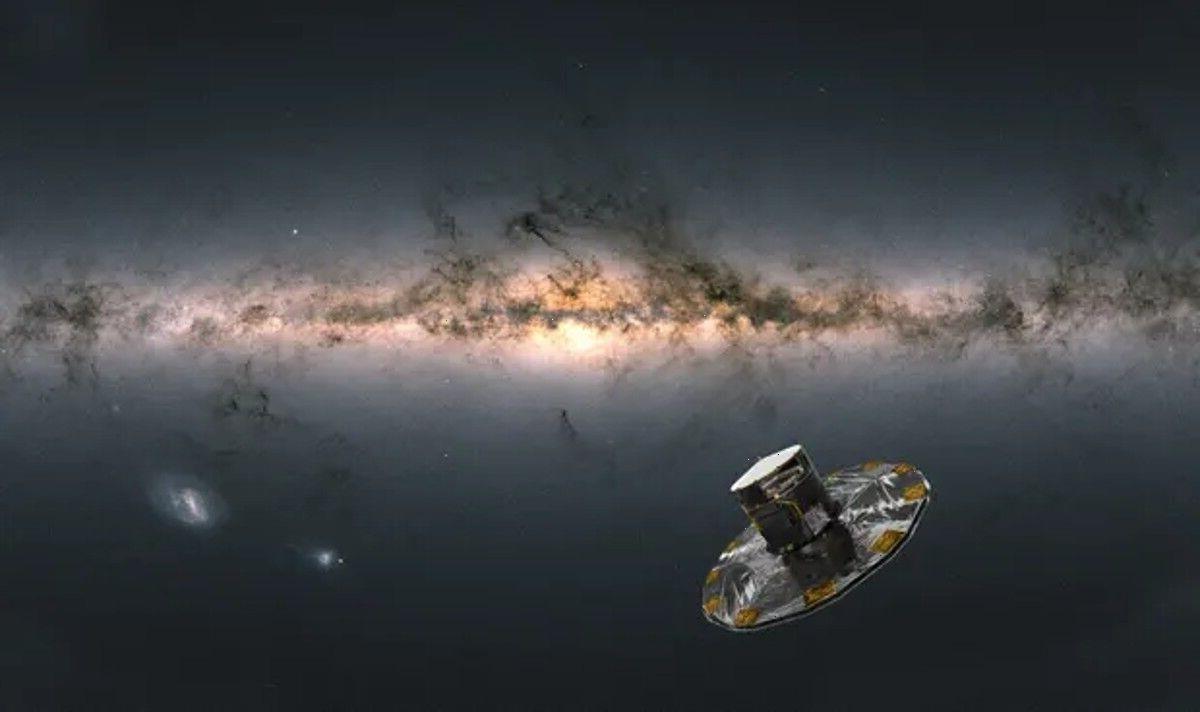 Will this UK space breakthrough help us learn more about covid?

The new data revealed by the space probe, shows thousands of tsunami-like starquakes, which are small movements on stars’ crusts similar to earthquakes. These phenomena change the spherical shape of thousands of stars and occur when the crust of a neutron star undergoes a sudden adjustment. The findings by the ESA researchers are part of a massive catalogue of data from objects across the universe.

Scientists believe that this data could revolutionise astronomy and even potentially help identify habitable corners of the galaxy.

The UK played a crucial role in the development of the probe, with Chelmsford-based Teledyne e2v providing the highly sensitive photon detectors for Gaia’s 1bn pixel camera, which is the largest focal plane ever flown in space.

Another firm, Airbus in Stevenage, also designed and built elements such as Gaia’s electrical service module.

The team of scientists and engineers working on Gaia from the UK is led by Cambridge University and supported by a total of £23 million of investment from the UK Space Agency and a further £2.4 million from the Science and Technology Facilities Council (STFC).

Science Minister George Freeman said: “This breakthrough by the Gaia observatory in our understanding of the galaxy we live in, the evolution of stars, asteroids and rarely seen starquakes is a major milestone for the space and astronomy community worldwide.

“The central role of UK astronomers, instrument engineers and data scientists is a sign of our global leadership in space science and technology, at the heart of our commercial £16.5 billion space tech sector.”

Conny Aerts of KU Leuven in Belgium, who is a member of the Gaia collaboration said: “Starquakes teach us a lot about stars – notably, their internal workings.

“Gaia is opening a goldmine for asteroseismology of massive stars.”

Aside from the starquakes, the Gaia probe has also gathered data on binary stars (pairs of stars that revolve around each other or a common centre), moons, around 155,000 asteroids, and numerous of galaxies outside our own.

Dr Nicholas Walton, Institute of Astronomy at the University of Cambridge and member of the ESA Gaia Science Team, said:

“This major data release from Gaia not only allows astronomers to map the distances and motions of some two billion stars in our galaxy, but it also gives detailed measures of the physical and chemical makeup of a large number of those objects for the first time.

“With this incredible database, we can build a comprehensive picture of the Milky Way and delve into its incredible history of formation, seeing direct evidence of both violent past interactions with other galaxies, and internal bouts of intense star formation along its spiral arms.

“This new data release creates a detailed bank of information, essentially working as a DNA map that allows us to understand the stellar population of our Galaxy, and track its past, present and future.”