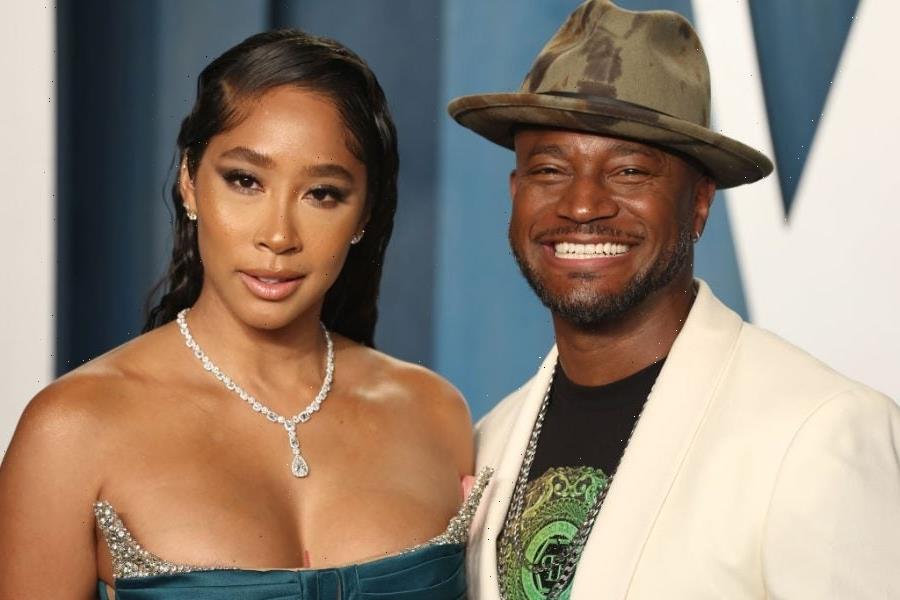 Taye Diggs and Apryl Jones have easily become one of social media’s favorite funny couples judging by the comment sections on their videos. As they’ve grown closer, Diggs has met Jones’s kids and they’re getting along just fine based on his recent video with her son Megaa.

In a video recording on Instagram, the two are hanging out while Megaa plays on his tablet and Diggs sings, in only the colorful way he can, to New Edition’s “Cool it Now.”

Megaa’s unbothered game is just as strong as his father Omarion’s, because outside of a few smiles, his demeanor doesn’t change and he’s hyper-focused on his tablet.

Meeting the kids seems like the natural progression of things since the two have been dating for some time now. They went public in February.

Fans can’t stop laughing with The Best Man actor since he joined TikTok in December 2021. We’ve seen a fun and playful side that we initially got a glimpse of on Instagram, and it became even more intriguing when Jones entered the picture. Shortly after their many TikTok and Instagram videos together, rumors started to surface about Jones and Diggs dating one another. The two actors had the internet wondering whether their skits were to promote an upcoming show, if Diggs was coaching Jones or if they were truly an item. Well, it turned out those who guessed the latter were right.

They’ve since done red carpet events together and Jones posted of the two locking lips this month. It’s clear they have an official thing happening.

Jones has two children with singer and former B2K member Omarion–their son Megaa, 7, and daughter A’mei who is 6. Their relationship ended in 2016 and shortly after, she dated fellow former B2K member Lil Fizz. Diggs also has a son named Walker Nathaniel Diggs, 12, whom he shares with actress and singer Idina Menzel. They split in 2013 10 ten years of marriage.