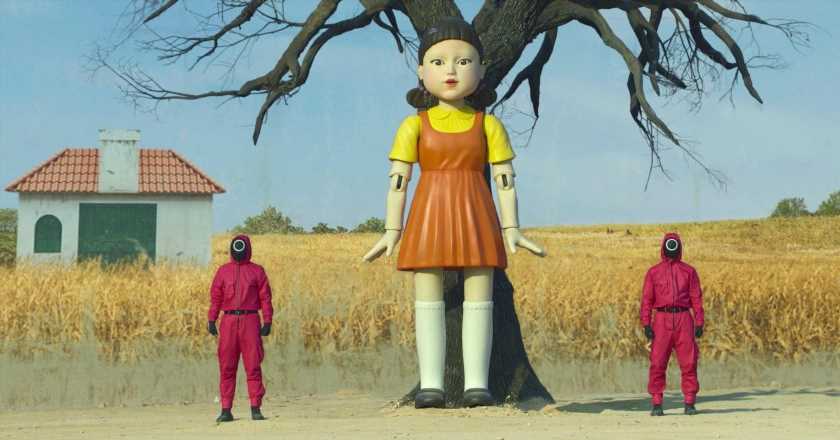 Smash hit Korean drama Squid Game is officially returning for a second season, and creator Hwang Dong-hyuk has offered some exciting details about what’s to come in the second round.

According to a message from writer, director and executive producer Hwang Dong-hyuk, the “new round” of Squid Game will see the return of “the man in the suit with ddakji,” alongside central protagonist Gi-hun and the mysterious masked Front Man.

Not only that, but we’ll also be introduced to Cheol-su, the boyfriend of the terrifying giant animatronic doll Young-hee from the Red Light, Green Light game.

“It took 12 years to bring the first season of Squid Game to life last year,” Dong-hyuk wrote in an announcement shared on Netflix’s official Twitter account. “But it took 12 days for Squid Game to become the most popular Netflix series ever.

“As the writer, director, and producer of Squid Game, a huge shout out to fans around the world. Thank you for watching and loving our show… Join us once more for a whole new round”.

Back in April, Dong-hyuk confirmed that two major characters would be returning for the second run.

While Dong-hyuk previously teased the return of Gi-hun, he confirmed that the enigmatic Front Man would also be coming back for another instalment.

Speaking at the annual Deadline Contenders Television conference, the director and writer was joined by Squid Game actor Park Hae-soo and TV editor Peter White to discuss what fans might expect from the upcoming season of the Korean drama. He said: “Gi-hun for sure. He will be back and I believe The Front Man will back too.”

The Front Man (played by well-known Korean actor actor Lee Byung-hun) was a main character throughout the first series and we finally learnt more about the mysterious character in the shocking season one finale. It was revealed in a tense face-off that The Front Man was none other than Jun-ho’s (Hwang Jun-ho) brother. Perhaps most interestingly, though, he was a previous Squid Game winner who has since taken a leading role in the event.

The enigmatic Front Man will be returning for Squid Game season two, it’s been confirmed.

Dong-hyuk has also previously teased some exciting details about what the new series might contain.

Speaking on the PGA Awards red carpet alongside HoYeon Jung – who plays Kang Sae-byeok in season one – he explained that, while he’s yet to start writing season two, he’s busy coming up with new ideas.

“There will be more great games, that’s all I can say,” Dong-hyuk told Deadline. “I’m just still brainstorming and collecting the ideas for season two. I haven’t even started with the writing yet.”

Disclaimer: Squid Game’s Hoyeon is confirmed to star in this new Apple TV+ thriller alongside Cate Blanchett and we cannot wait

Asked whether he’d thought of a way to bring back some of the characters from season one (most of whom met a rather grisly end), he said: “No, because most of them are dead. I’ll try something to bring them back to Season 2.”

Gesturing to Jung, he added: “Let’s say maybe she has a twin sister, you’ll see.”

It may seem like ages ago that we were all enraptured with the hit Korean drama, but it was only last September that the series took the world by storm – and its heavily-rumoured return to the platform was only confirmed back in January.

According to Deadline, Sarandos confirmed the exciting news during Netflix’s fourth-quarter earnings call, stating that there will “absolutely” be a second season of the surprise smash-hit Korean drama, adding that the Squid Game universe “has only just begun”.

While series creator Hwang Dong-hyuk had said that there will be a second season, this marked the first time that Netflix (or any of its senior executives) had stated that it will be going forward.

Squid Game tells the story of 456 contestants who compete in mysterious games with deadly consequences for a huge financial reward. With each round based on a traditional Korean childhood game, the big cash prize seems like it could easily be won. However, with in-fighting, psychological trauma and desperation spurring many on, numbers quickly dwindle.

Now, the series has slotted nicely into the cultural zeitgeist of the world with many having donned Squid Game costumes over the Halloween period or even recreating the well-known ‘Red Light, Green Light’ game of the series.

Hwang Dong-hyuk has also previously revealed that we will “indeed” be getting a second season and it’s currently in the planning stages, he says.

He told Associated Press that “there’s been so much pressure, so much demand and so much love for a second season… so I almost feel like you leave us no choice!

“But I will say there will indeed be a second season. It’s in my head right now. I’m in the planning process currently. But I do think it’s too early to say when and how that’s going to happen.

“So I will promise you this…” he added, before confirming: “Gi-Hun will come back, and he will do something for the world.”

While details on the second series continue to swirl, one thing’s for certain – we’re all ready for another instalment of the Korean drama.

We’ll be sure to update as and when we know more but in the meantime, stream these other brilliant K-dramas on Netflix.

Squid Game is available to stream on Netflix.