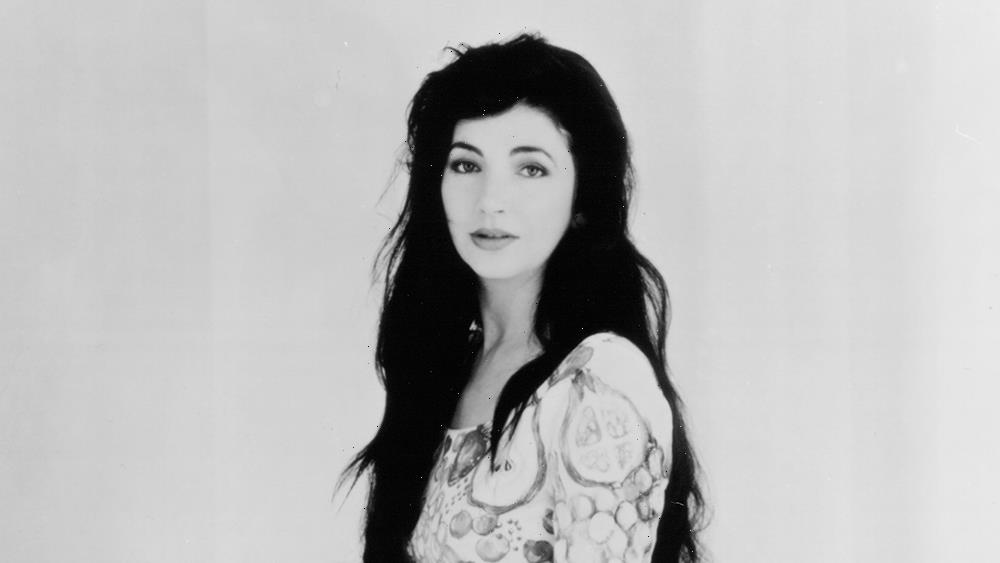 Kate Bush‘s classic “Running Up That Hill (A Deal With God)” may yet have a shot at topping the Billboard Hot 100: In its second week of resurgence, the “Stranger Things”-boosted perennial has moved up four spots to No. 4, after coming in hot at No. 8 last week.

But the Bush oldie still has some obstacles to face in getting to the top of the hill that is the Hot 100, not least of all Harry Styles’ “As It Was,” which, due largely to its domination of U.S. radio airplay, is parked in the No. 1 spot for a sixth week.

Bush can claim No. 1 stats on several other charts right now, though, in any case, including pure streaming and sales markers. Most prestigiously among the charts “Running Up That Hill” is dominating, it’s just been named as topping the Billboard Global 200, which tracks songs’ overall worldwide success, the U.S. market included.

On the Billboard 200 albums chart, Post Malone’s “Twelve Carat Toothache” had to settle for a No. 2 debut, because the ongoing power of Bad Bunny’s “Un Verano Sin Ti” proved too strong to let a new release slide in ahead of it. The Bad Bunny album bounced back to the No. 1 spot on the Billboard 200 for a second non-consecutive week, rising from No. 2, where it sat for three weeks.

“Un Verano Sin Ti” had temporarily lost the No. 1 spot to “Harry’s House” for three weeks following Styles’ debut. This week, Bad Bunny earned 137,000 equivalent album units in the U.S., good enough to land on top again and, along with the Post Malone premiere, push Styles’ album from first to third.

Malone’s “Toothache” launched with 121,000 equivalent album units to come in at No. 2. It marks the fourth time, out of four album releases, that Malone has had a release start out in the top five of the Billboard 200. But it’s the first time since 2016’s “Stoney” that he’s had an album not start out at No. 1. His previous album, 2019’s “Hollywood’s Bleeding,” hit the streets with 489,000 units, more than four times as many as the new record, with bigger singles to boost it. Of the singles that Malone released prior to the new album in recent months, “One Right Now,” featuring the Weeknd, bowed and peaked at No. 6 in November 2021, and “Cooped Up,” with guest Roddy Ricch, debuted at No. 12 upon coming out in May.

In falling two spots to No. 3 on the album chart, Styles still had a lot to brag about, with 113,500 equivalent album units for “Harry’s House” in its third week out.

With the second biggest debut of the week after Post Malone’s, the K-pop group Seventeen picks up its first top 10 album with the release of “Seventeen 4th Album ‘Face the Sun.’” It bows at No. 7 with 44,000 equivalent album units earned. The group has been prolific having previously graced the Billboard 200 in 2021 with two top 20-charting projects, “Seventeen 8th Mini Album ‘Your Choice’” (No. 15) and “Seventeen 9th Mini Album ‘Attacca’” (No. 13).

Rounding out the top 10 albums, Olivia Rodrigo’s “Sour” is stationary at No. 8 with nearly 37,000 equivalent album units, breakout country artist Zach Bryan’s “American Heartbreak” descends a couple of spots to No. 9 with 34,000 units, and Jack Harlow’s “Come Home the Kids Miss You” drops one position to No. 10 with 31,500 units.

Bush continues to be the biggest newsmaker on the charts, overall, even as she still makes a climb to the top of the Hot 100. Besides being No. 1 on the Billboard Global 200, “Running Up That Hill” — a 1985 classic that’s surging due to its synch in the fourth season of Netflix’s “Stranger Things” — has become the top-selling and most-streamed title in the U.S. It tops Billboard’s Digital Song Sales chart for a second week and rises to No. 1 on Streaming Songs for the first time. Some radio formats have been quick to jump on board: “Running Up That Hill” also secured Bush her first No. 1 on the Hot Rock and Alternative Songs and Hot Alternative Songs charts. With all those No. 1 positions, the only thing keeping “Running” from the top of the Hot 100 may be more robust support from pop radio.

If there were a chart for longevity, Bush would top that. Billboard reports that “Hill” has taken the longest route from a sings chart debut to making the Hot 100’s top five in the chart’s 63-year history — for a non-holiday song, anyhow. The record-making gap: 36 years, nine months and two weeks. That more than doubles the time that it took the non-Christmas tune with the second-longest gap to get that far: Queen’s “Bohemian Rhapsody,” which spent 16 years, three months and two weeks getting to the top fie (also as the result of a synch).

On the Hot 100, once you get past Styles’ enduring “As It Was” (which originally landed a No. 1 spot in April) Jack Harlow‘s “First Class” is a holdover at No. 2. Future’s “Wait for U,” featuring Drake and Tems keeps its No. 3 position on the Hot 100. Both of these songs previously topped the chart.

Post Malone had the highest-bowing new song of the week on the Hot 100. “I Like You (A Happier Song),” featuring Doja Cat, considered by many reviewers to be the most upbeat and commercial song on his new album, debuts at No. 9.

The Hot 100 and Billboard 200 are based on information provided to Billboard by Luminate.