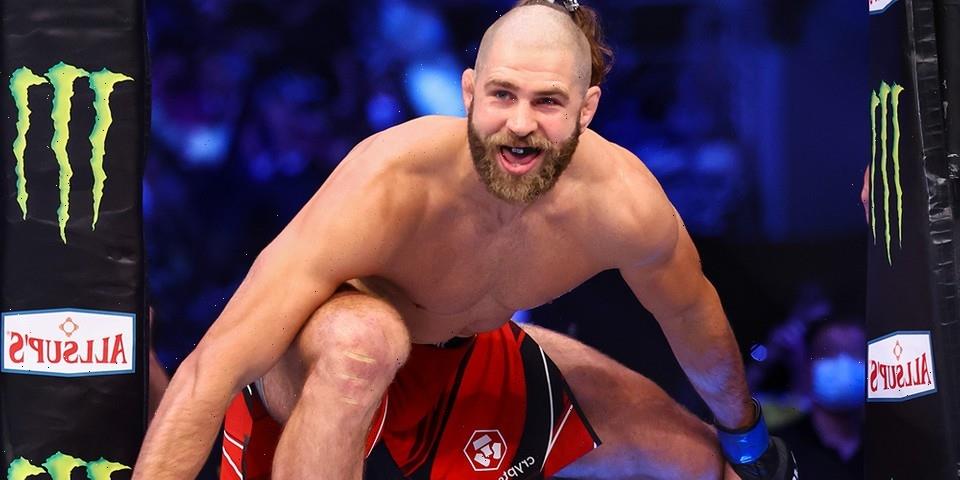 On Sunday night in Singapore, rising star out of the Czech Republic, Jiří Procházka, submitted veteran Glover Teixeira with just 28 seconds left to go in the fifth and final round to become the undisputed UFC light-heavyweight champion of the world. The UFC 275 championship bout was an all-out war with Procházka finding more success on the feet, and Teixeira securing several crucial takedowns, doing most of his damage from top control early in the fight and wobbling Procházka at the beginning of the fifth round.

Leading up to the rear-naked choke that cemented Procházka’s third straight win in the UFC and 13th-straight win overall, two judges had Teixeira in the lead with the third judge scoring the match as a tie. Teixeira, who holds the record for the oldest first-time UFC Champion in the UFC at age 42, announced post-fight that he still wishes to compete, requesting a rematch with the new champ.

During the bout, Procházka was seen lightly tapping Teixeira on the side of his body. With a large gash over his left eye, some fans believed he was tapping out. The officiating referee Marc Goddard later explained that it was a sign of respect from Procházka.

“Jiri was actually congratulating & encouraging his opponent! He done it a couple of times and I told him it’s a risky game lol! But it’s very clear what he was doing and intending. Lets celebrate the incredible feat from both gentleman,” said Marc Goddard in a tweet.

Other highlights from UFC 275 include Valentina Shevchenko defending her flyweight championship for the seventh time against Brazilian contender Taila Santos in a split-decision victory, and Zhang Weili securing a knock-out in her heavily-anticipated rematch against Joanna Jędrzejczyk, putting her back into title contention for the strawweight belt. Following the fight, Jędrzejczyk officially announced the end of her storied career, leaving her gloves in the Octagon.