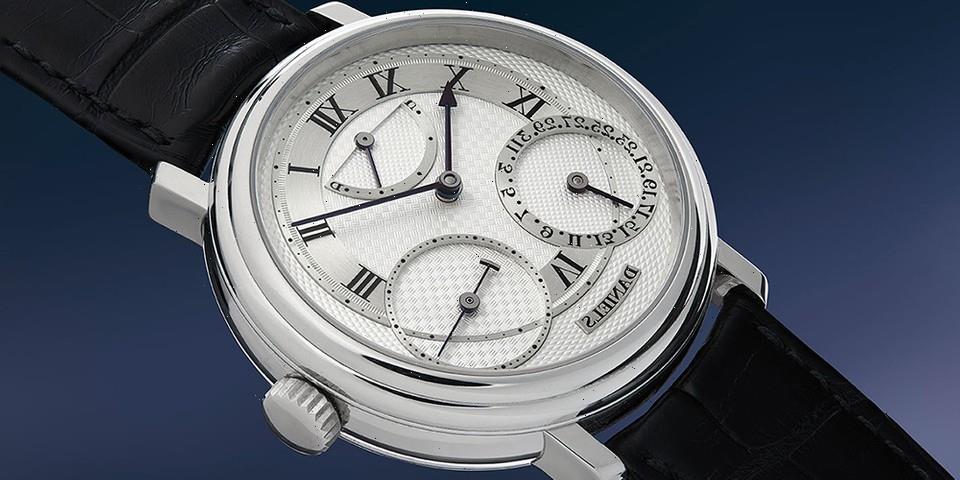 The top lot – a platinum George Daniels Anniversary timepiece from 2019 – went for $2,389,500 USD, becoming the most expensive British wristwatch to sell at auction.

Bearing the serial number “00” – making it the first of 47 produced and one of only four platinum examples – the date and power reserve watch was sold with a “portion of the the proceeds” going to The George Daniels Educational Trust, The Alliance of British Watch and Clock Makers and the Horological Society of New York.

A Rolex Daytona Paul Newman Lemon Ref. 6264 took the second spot, selling for $2,087,000 USD, setting a record for the reference. The “fresh-to-market, exceptionally well-preserved” yellow gold example from 1969 was offered by the family of the original owner.