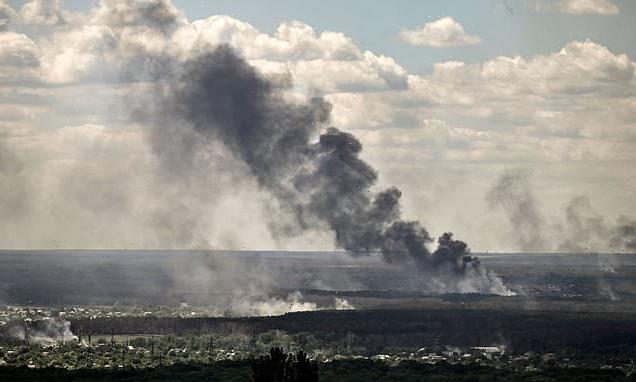 Russia is relying on Cold War-era missiles with ‘severe’ risks to civilians as Putin’s forces have run out of modern weapons, the UK Ministry of Defence (MoD) claimed.

Antiquated Kh-22 missiles from the 1960s are extra dangerous as they ‘are highly inaccurate and therefore can cause severe collateral damage and causalities’, the ministry wrote.

Russia is likely using the heavy anti-ship missiles because it is running low on more precise modern missiles, it stated. 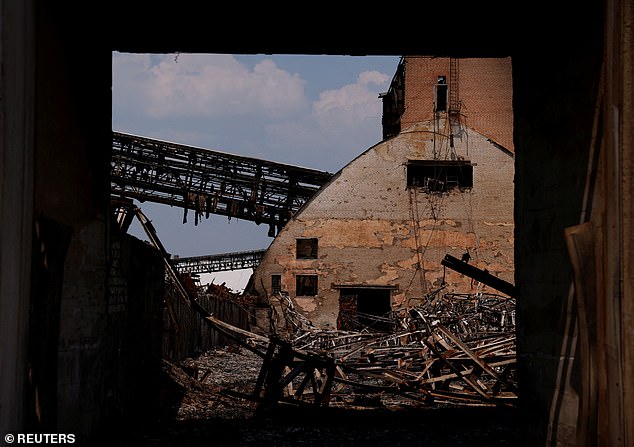 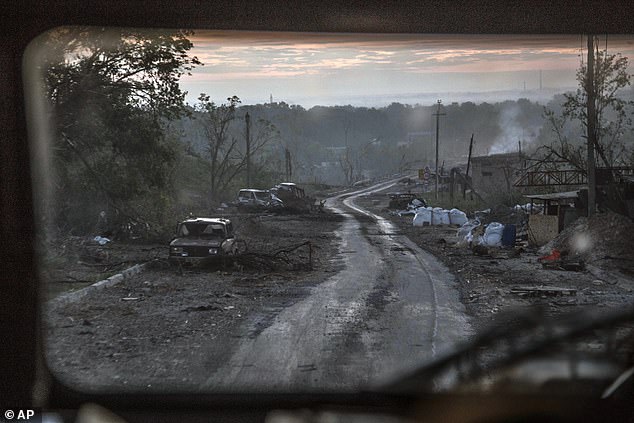 It gave no details of where exactly such missiles are have been deployed. They have a range of around 1,000km (600 miles).

The MoD added: ‘[They] were primarily designed to destroy aircraft carriers using a nuclear warhead.

‘When employed in a ground attack role with a conventional warhead they are highly inaccurate and can therefore cause significant collateral damage and civilian casualties.’

The ministry concluded: ‘Russia is likely resorting to such inefficient weapon systems because it is running short of more precise modern missiles, while Ukrainian air defences still deter its tactical aircraft from conducting strikes across much of the country.’

There has been no confirmation from Ukrainian authorities on the use of the 5.5-tonne missiles.

Luhansk region governor Serhiy Haidai wrote on Telegram last night that ‘many houses burned down’ as a result of Russian rampages in nearby Vrubivka.

Russian forces are also expected to launch a new offensive in Sloviansk, Donetsk.

Putin’s army has pivoted to the east of Ukraine since its offensive on major cities Kyiv and Kharkiv failed. 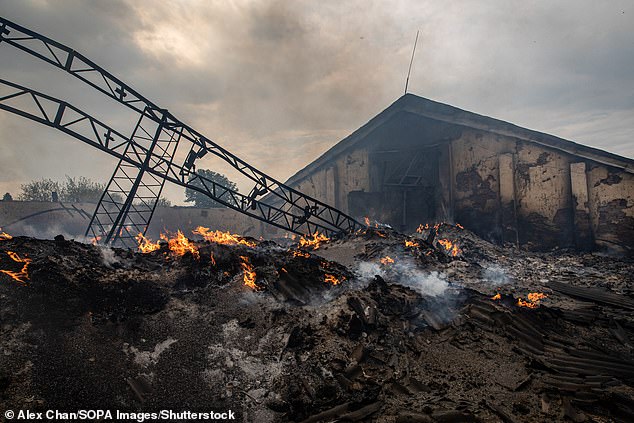 Piles of burning grain of and destroyed infrastructure as seen in Sivers’k, Donbas last month 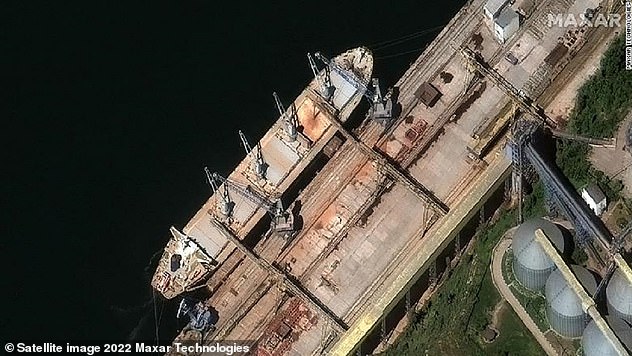 Russia is hoping to shore up the territories it already control and continue its stranglehold on Ukraine’s Black Sea ports.

US Secretary of State Anthony Blinken estimated there are 20million tonnes of grain sitting in locked silos outside trade centre Odesa.

There is more waiting on stuck ships blocked from leaving the Black Sea port.

Mr Blinken said on Friday: ‘President Putin is stopping food from being shipped and aggressively using his propaganda machine to deflect or distort responsibility, because he hopes it’ll get the world to give in to him and end the sanctions.

‘In other words, quite simply put, it’s blackmail.

‘The Kremlin needs to realise that it is exporting starvation and suffering well beyond Ukrainian quarters, with countries in Africa that are experiencing an outsized share of the pain.’ 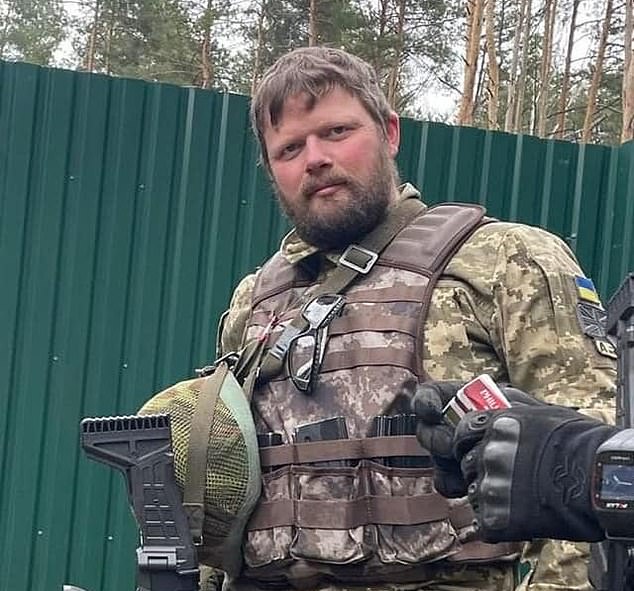 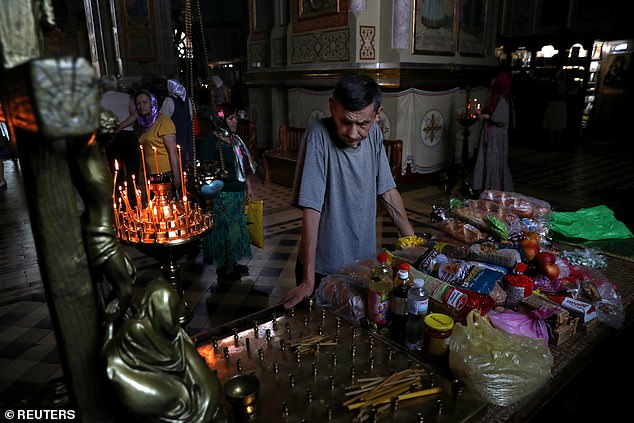 She was pictured arriving at the capital’s train station wearing a flak jacket, later appearing at a press conference with Mr Zelensky.

Ms Von der Leyen said her discussions with Zelensky today ‘will enable us to finalise our assessment by the end of next week’ on whether to recommend Ukraine as a candidate for membership.

Mr Zelensky has been pressing for rapid admission into the European Union as a way of reducing Ukraine’s geopolitical vulnerability, which was brutally exposed by Russia’s February 24 invasion.

But a decision in favour of Ukraine’s admission would only be a preliminary step in a long process.

All 27 EU governments would have to agree to grant Ukraine candidate status, after which there would be extensive talks on the reforms required before Kyiv could be considered for membership. 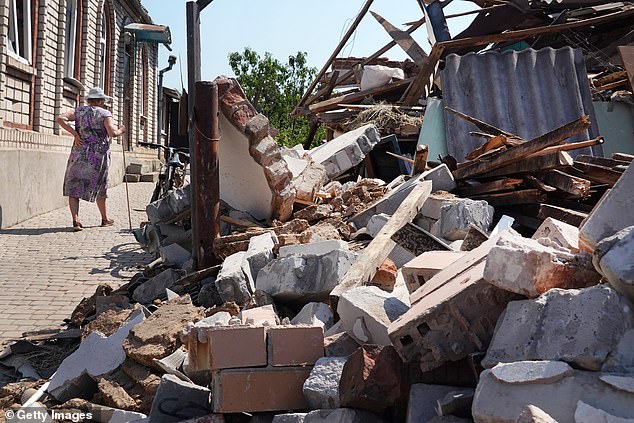 A woman strolls past piles of debris in Sloviansk, eastern Ukraine, which is preparing for battle

Ukraine is expected to provide a list of weapons and defensive equipment it requires at a meeting with NATO in Brussels on June 15, following US President Joe Biden’s promise of advanced rocket systems and additional munitions last week.

Defence Secretary Ben Wallace made a personal visit to Kyiv on Friday to speak with Ukrainian officials about their requests for additional weaponry.

A report published on Friday by the Institute of War Studies said that the use of artillery and long-range weapons could prove the path to victory in Ukraine’s east.

‘As Ukrainian forces use the last of their stocks of Soviet-era weapon systems and munitions, they will require consistent Western support to transition to new supply chains of ammunition and key artillery systems,’ the report said.

‘Effective artillery will be increasingly decisive in the largely static fighting in eastern Ukraine.’ 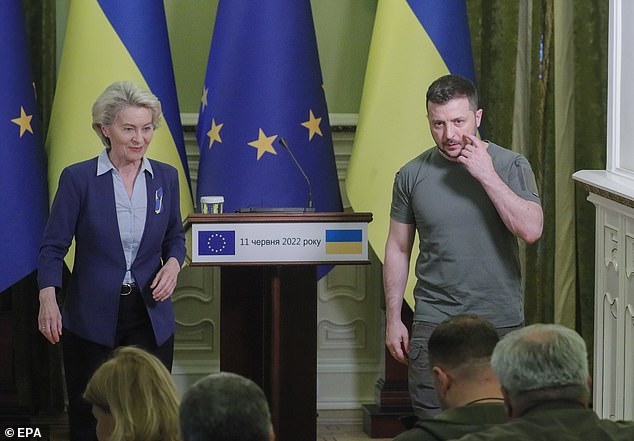 In the south, a man died in Odessa after coming into contact with an explosive object while swimming at a beach with his wife and son, the regional Ukrainian command said. Visiting beaches there is currently banned due to the risks of mines.

For residents in nearby Mykolaiv, every day brings a brush with death.

Igor Karputov, 31, recalled how his neighbourhood was hit last week, shaking his apartment, and how he helped a bleeding man to an ambulance.

‘Then I went to another place which had been hit, where emergency services were already taking care of someone,’ he told AFP.

‘But they were dead. And the one I had helped died in an ambulance.’

‘Russia’s army is more powerful, they have a lot of artillery and ammo… and we are out of ammo,’ he said Saturday.

On Sunday, the southern command said the Ukrainian Air Force had destroyed ammunition depots and equipment in three air strikes in the last 24 hours, without naming their locations.