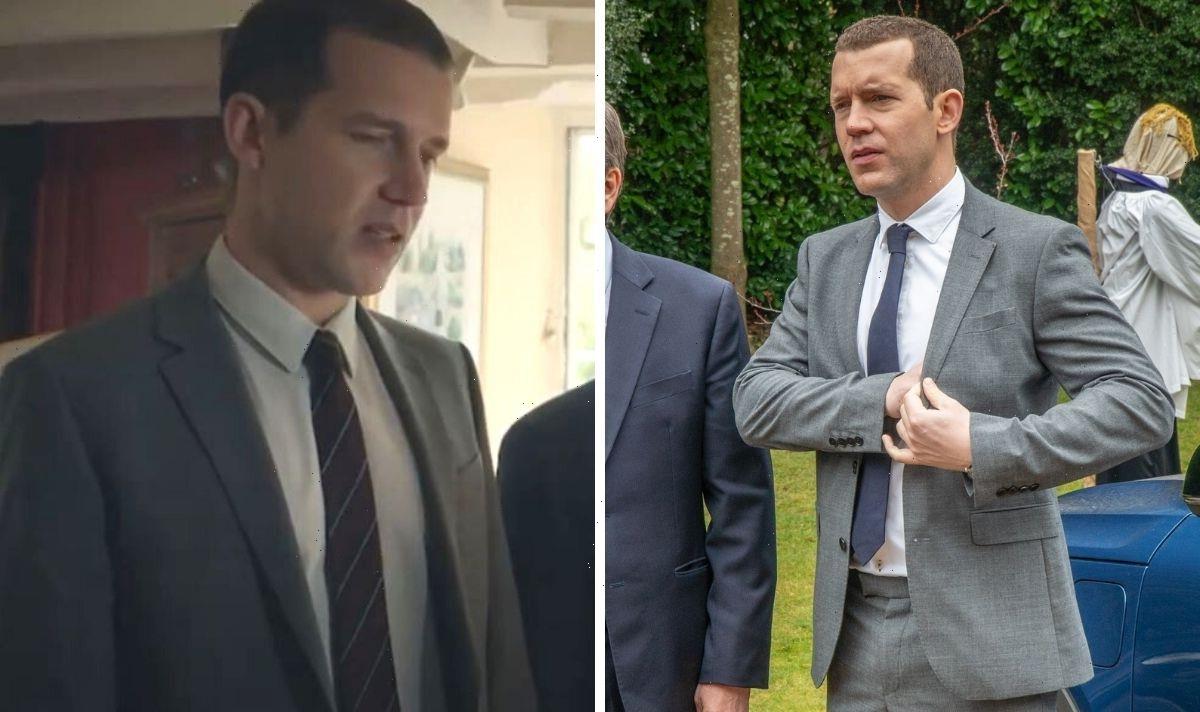 Although series 22 is currently airing, the cast is already filming for the next series of Midsomer Murders. The classic ITV drama is set to celebrate 25 years on the air, and Detective Sergeant Jamie Winter star Nick Hendrix has promised the new episodes will stick with the “eccentric” energy of the previous instalments of the ITV favourite.

Nick has been a key part of the long-running series since 2016.

His alter-ego Jamie works closely alongside DCI John Barnaby (played by Neil Dudgeon) to solve mysterious cases in the unsuspecting villages of Midsomer.

The first episodes of the current series saw the duo exploring the Scarecrow Murders, which had shocked the community of Little Upton.

Residents had been brutally murdered before being strung up like scarecrows.

Nick, 37, opened up about the show celebrating 25 years and gave an insight into the new series.

“Somehow, over 25 years and however many episodes, Midsomer’s managed to maintain the standard,” he commented.

“We’re filming one right now and it feels and looks and is written just as well and eccentrically and playfully as every other episode.

“From 25 years ago to now, they’ve managed to maintain that somehow, even though they’ve changed actors, changed producers, changed writers over the years.”

Speaking to Radio Times, he continued: “You know what you’re getting with Midsomer.

“People like a bit of stability in what they watch on TV sometimes.”

And the producers’ eagerness to keep the show similar to its older episodes is unsurprising given that the format has been successful for so long.

A documentary which aired last month explored the history of the detective drama.

With the current series keeping viewers as entertained as ever, it will come as good news that the series has no plans to majorly change direction.

Talking about the current series, Nick recently discussed a “spooky” moment that occurred on set.

He explained: “Scarecrows are quite strange. There’s a bizarre sort of rural fascination with scarecrows, and you don’t see them around as much as you used to.

“What we often find on set is when you have something like a scarecrow or a [mannequin] body… the scariest thing about them is when they’re discarded at the side of the set.

“For instance, they’re lying innocuously, and you come around the corner down a little bit of the set to find something and then suddenly, there’s this strange straw body in some bizarre posture lying on the side. That’s when you’re like, ‘Oh s**t.’ So it’s pretty spooky.”

Midsomer Murders continues on Friday at 8pm on ITV3.