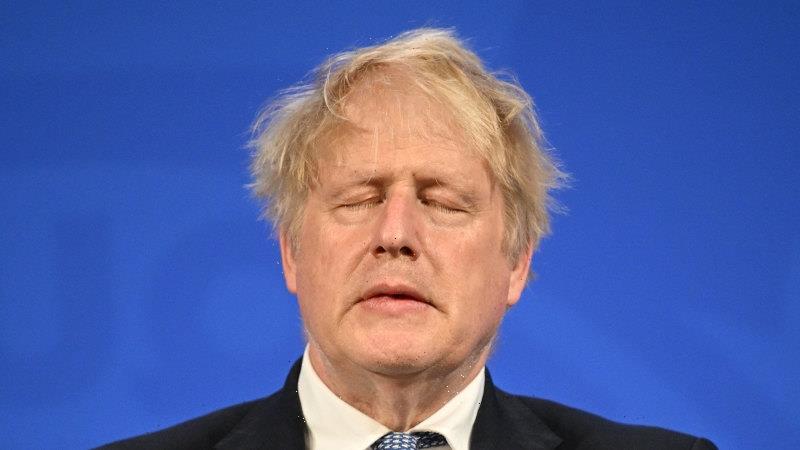 London: British Prime Minister Boris Johnson will face a vote on the future of his leadership on Monday, amid growing backlash from his colleagues over the so-called partygate scandal, a cost-of-living crisis and a controversial immigration policy.

Sir Graham Brady, the chairman of the formal group of backbench Conservative MPs known as the 1922 Committee, said on Monday the vote-triggering threshold of 54 letters, or 15 per cent, expressing no confidence in the prime minister had been reached. 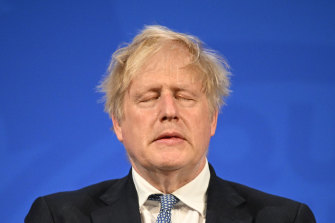 Prime Minister Boris Johnson holding a press conference last month in response to the publication of the Sue Gray report Into “Partygate”.Credit:Getty

A vote will be held between 6pm and 8pm, London time (Tuesday AEST) and the ballots counted immediately afterwards.

Angry MPs circulated a one-page memo over the Queen’s Platinum Jubilee weekend which listed 13 reasons to drop Johnson, who less than three years ago won an 80-seat majority. The memo concluded that the “only way to restore Conservative fortunes to a point where we can win the next general election”, was to “remove” the prime minister.

His government has been mired in scandal since January following the revelation of several private gatherings in Downing Street which attracted 126 fines from police over breached coronavirus restrictions, and a highly critical report by senior civil servant Sue Gray in which she questioned his leadership.

While rebels are confident that they had the 54 letters needed to trigger a vote of confidence, they fear they do not have the 180 votes required in the ballot of Conservative MPs to oust him.

One reason given for removing him was that he was booed outside the thanksgiving service for the Queen at St Paul’s Cathedral, with the memo saying this “tells us nothing that data does not”, citing polling that “no social group trusts him, with even 55 per cent of current Conservatives calling him untrustworthy”.

The memo said: “The damage done to trust in Boris Johnson is such that popular policies are falling flat with the public (e.g. cost of living measures).

On Monday, former Treasury minister Jesse Norman announced he had withdrawn his support from Johnson and submitted a letter.

He said Johnson had presided over “a culture of casual law-breaking” in No 10 and that his claim to have been vindicated by the Gray report was “grotesque”. 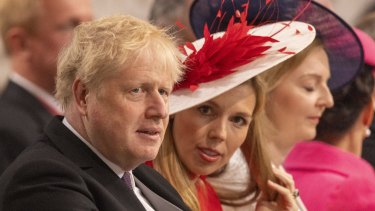 “I have supported Boris Johnson for 15 years, for the London mayoralty and for PM. Very sadly, I have written to him to say I can no longer do so, for the reasons set out below,” Norman said.

He criticised Johnson over the Northern Ireland Protocol and the government’s “ugly” Rwanda immigration policy. (The UK has vowed to deport boat arrivals to be processed in Rwanda, in a similar policy to Australia’s offshoring detention scheme.)

He also said that under Johnson the government “seems to lack a sense of mission”.