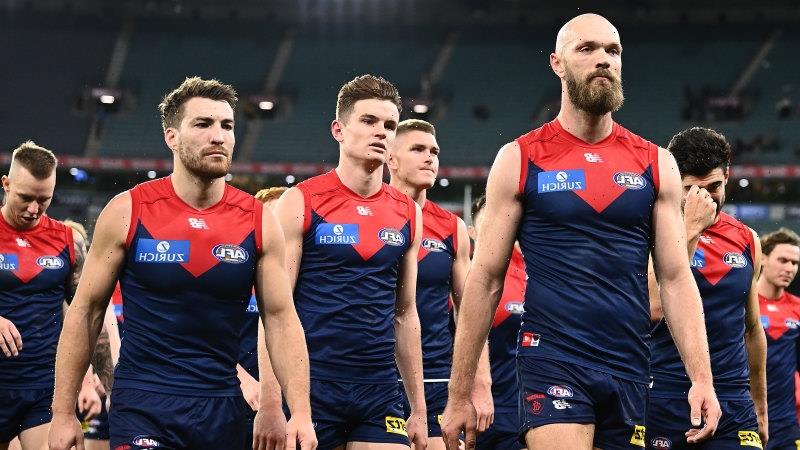 This week on the Real Footy podcast, Michael Gleeson, Jake Niall and Caroline Wilson discuss Sydney’s win over the Dees, in which the Swans beat Melbourne at their own game.

Without Steven May in defence, Jake Lever didn’t look as good as usual. Ben Brown hasn’t kicked a goal in three weeks, and the Dees’ forward line does not strike fear in other teams. But Max Gawn and the midfield were mighty and a few of their ins weren’t in top condition yet. Just how worried should Melbourne fans be after losing two in a row?

Elsewhere, Fremantle’s win over Brisbane on Sunday night showed we’ve been underselling the Dockers and overestimating the Lions. Should Brisbane be worried about the form of Harris Andrews?

Though only one team got the win on Sunday, both Collingwood and the Hawks should be thrilled with their development and their new coaches. Though they lost, Hawthorn’s best players were young, compared to earlier in the season when their older heads were holding them together.

And the game also provided a tale of two different paths to the AFL, when both Hawthorn’s Jai Newcombe and Collingwood’s Nick Daicos, whose journeys to the big time could not have contrasted more, had big impacts on the game. Contentious umpiring calls were also a feature of that game. How much does reputation play into whether a player is awarded free kicks or not?

This Friday night Essendon will host Carlton at the MCG and will celebrate their 150th anniversary. Carlton are plagued by injuries – will mid-season draft pick-up Sam Durdin come straight in to the senior team? And can the Bombers upset the Blues on a big occasion? We also discuss the announcement of Essendon’s review and who it has put on notice. Was it a mistake to make it an internal review, rather than bringing in an external team?

Plus, debate over who would make a mid-season All-Australian team, why Friday’s win over the Bulldogs was the Cats’ best of the season and whether North Melbourne’s season can get worse.

Keep up to date with the best AFL coverage in the country. Sign up for the Real Footy newsletter.